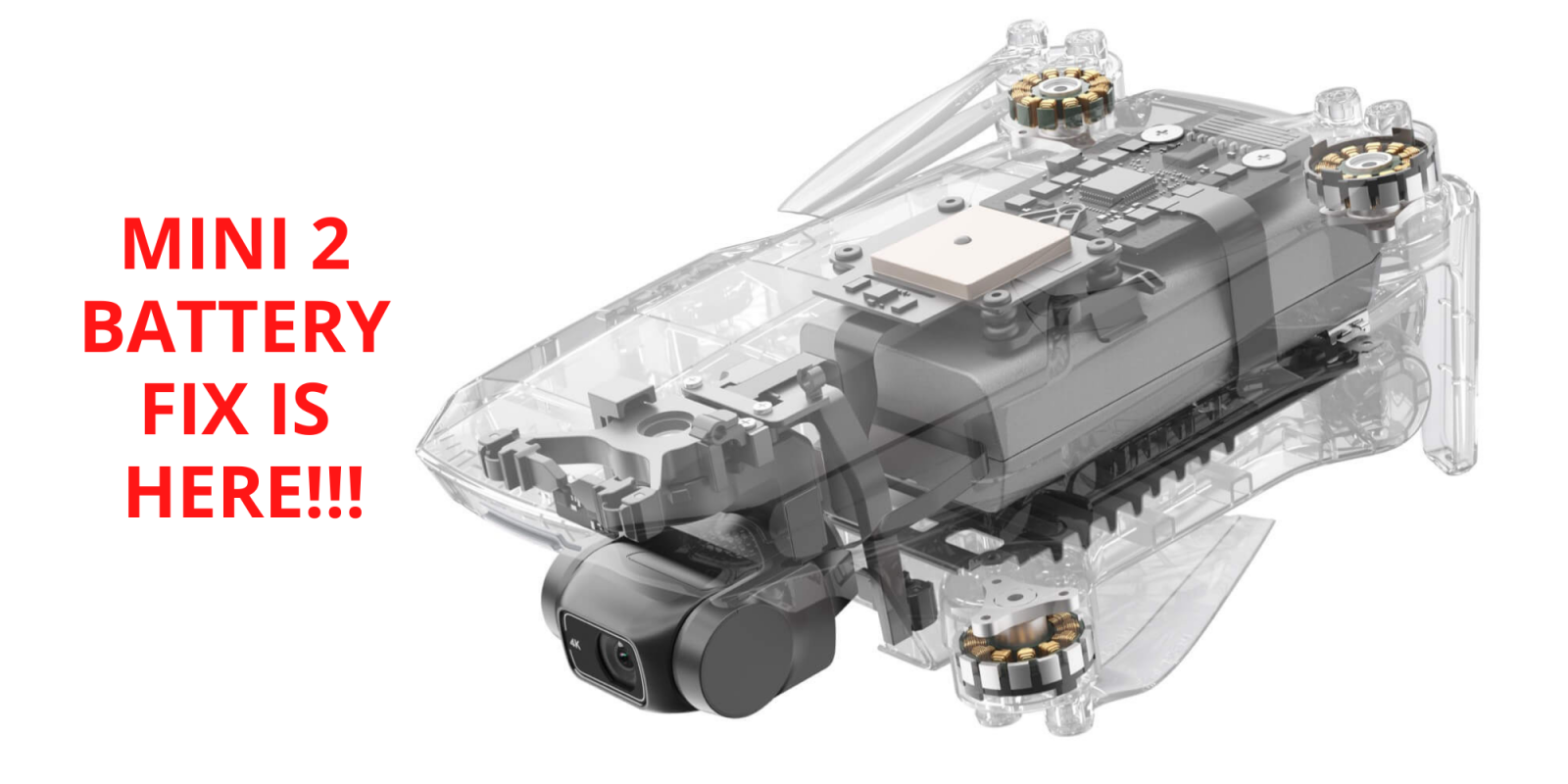 If you own a DJI Mini 2, now would be a good time to drop whatever you’re doing and grab this critical firmware update. DJI has finally released a fix for the issue where some Mini 2 users’ intelligent batteries were not auto-discharging when left inside the drone or in the charging hub.

The Mini 2 gets its juice by a 7.7 V, 2250 mAh Lithium Polymer (LiPo) battery with smart charging and discharging features. These features are needed because LiPo batteries are very particular about their needs. They don’t like to be fully charged. And they absolutely hate to be fully discharged.

So, the talented engineers at DJI have built in brilliant auto-discharging capabilities into these batteries. The battery automatically discharges to about 96% when it has been sitting idle for a day. And by day nine, it comes down to about 72% of the battery level. After that, over-discharge protection kicks in automatically to prevent excess discharge and maximize the life of your battery.

But for some users, the intelligent batteries of the Mini 2 have stopped behaving rationally. DroneDJ was one of the first media publications to bring this issue to the limelight. In April, colleague Scott Simmie wrote about growing concerns that the Mini 2 batteries were not doing their thing while sitting in the drone or in the DJI Fly More charger. But take them out, and they would work just fine.

What happens when LiPo batteries don’t behave themselves?

The broader implication of this problem is that if you leave a battery inside the drone or the charging hub, like many of us do, the cells inside could get damaged, making the battery unstable or puffy. You may have a harder time charging the battery or need a replacement much sooner than expected.

But in rare cases, a fully loaded LiPo battery can become a fire hazard too – the reason why we recommend using a fireproof LiPo safety bag to store drone batteries.

Here’s how you can update the firmware:

The Mini 2 is an absolutely amazing drone with its 4K video prowess and the ability to shoot RAW stills in a sub-250 g frame. So, we are really glad that DJI has dropped a fix for the battery auto-discharge bug.

Keep in mind that if you have more than one battery, each of them will need to be updated to the latest firmware separately.

Meanwhile, the new firmware update also makes the Mini 2 compatible with the DJI Smart Controller. So, if you use the Mini 2 as a second drone, expect your drone bag to be a little lighter on the next trip!