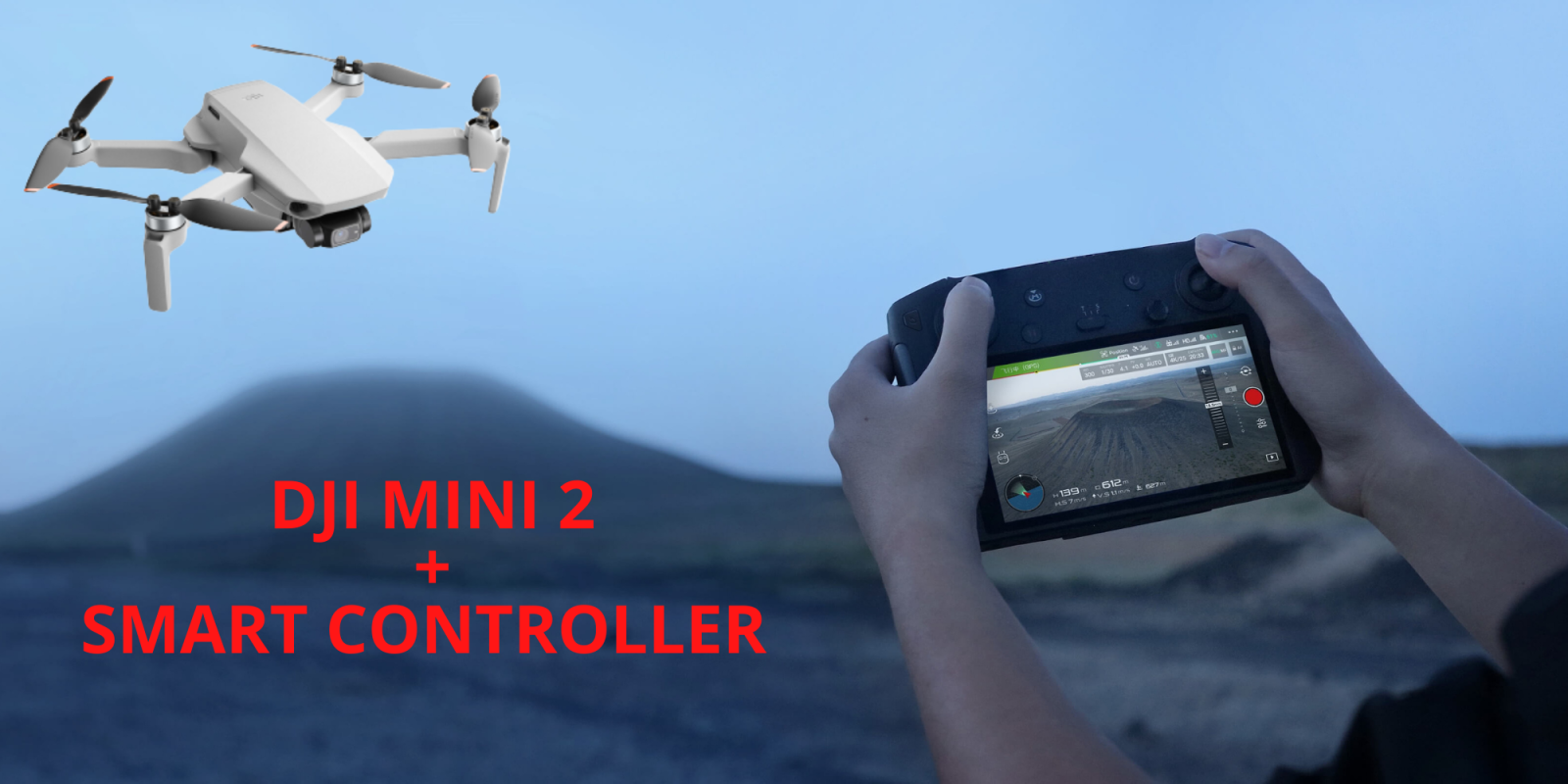 Okay, you all can go back to discussing the rumors about the Mavic Pro 3 or the Mini SE later. For now, let’s take a moment to celebrate this awesome news: You can now fly a Mini 2 with DJI Smart Controller!

In a critical update dropped overnight, DJI has made its sub-250 g drone, Mini 2, compatible with its ultra-bright display Smart Controller. And this is monumental for those of us who carry the nifty Mini 2 as a second drone and want to minimize the number of RCs while packing.

The Mini 2 is a great drone. But its huge controller/phone combo has been off-putting for those who are already familiar with the sleek, portable Smart Controller. And since both Mini 2 and the Smart Controller use DJI’s OcuSync 2.0 transmission technology, we all know that enabling support should be a non-issue.

And so, the community has also been quite vocal about the need for compatibility between the Mini 2 and the Smart Controller. Back in January, when drone YouTuber Aldryn Estacio confronted DJI’s support team on the issue, the drone manufacturer offered a glimmer of hope, saying that the request had been amplified to the R&D team.

We noted back then that, in any case, newly released DJI drones don’t receive Smart Controller support straight away. Following the Mavic Air 2’s lead, we anticipated that the Mini 2 would receive support for the Smart Controller only around May or June. And sure enough, in the firmware update v01.03.0000, which came out on June 16, DJI has announced the compatibility.

So, if you are one of those people who have been putting off buying the Mini 2 because of this compatibility issue, now is a great time to go grab one!

What else is new in the Mini 2 firmware update? A much-awaited fix for the battery auto-discharge issue that some Mini 2 users have been facing. You can read all about it here.