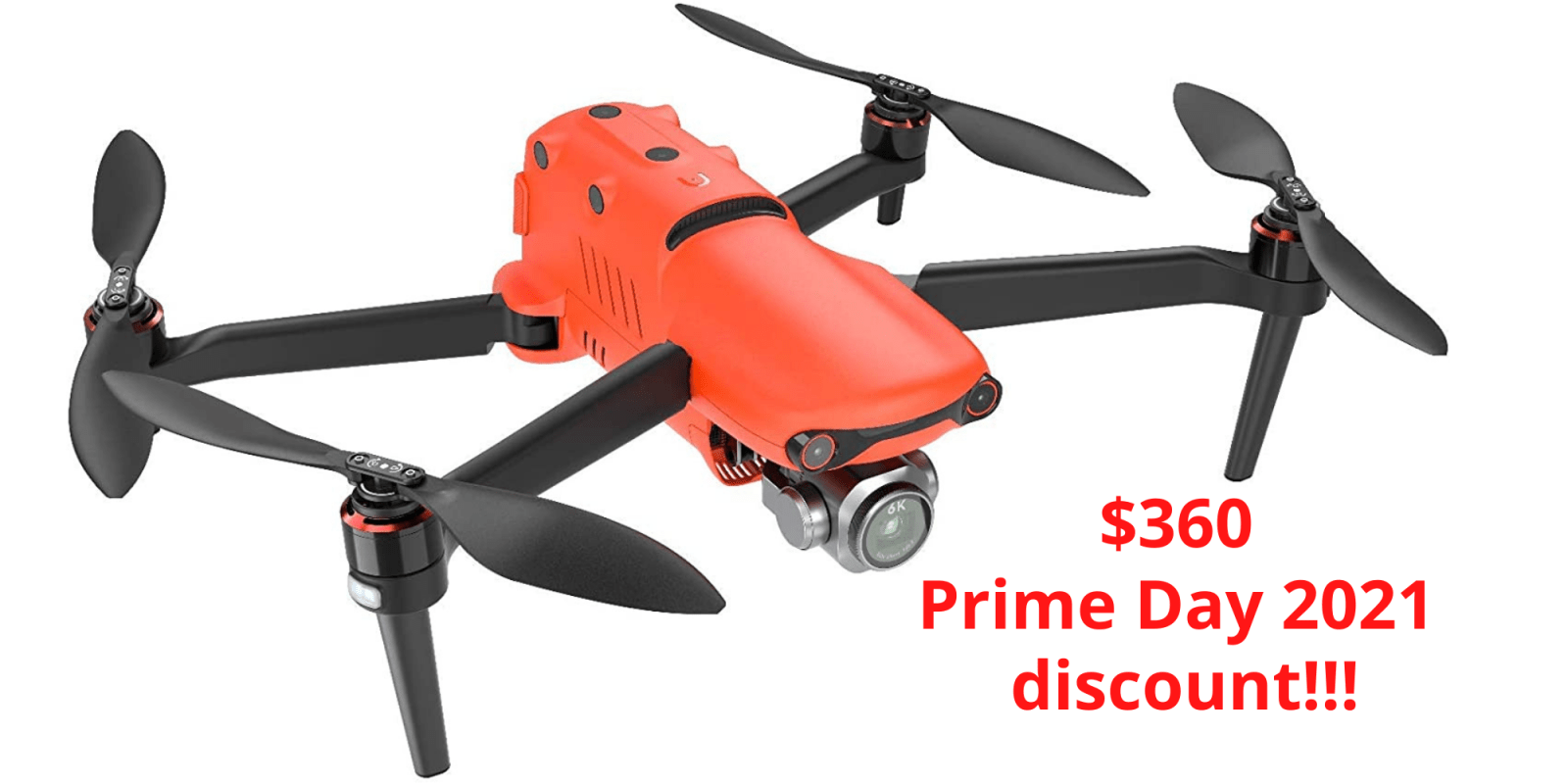 As part of its Amazon Prime Day 2021 deals, Autel Robotics is offering up to $360 off its EVO II Pro 6K and EVO II 8K drones. Here’s what you will get…

For Prime Day 2021, you can grab this Autel drone with no geo-fencing at $1,195, a brilliant $300 discount. You also get an extra pair of propellers and a landing pad with this deal.

If you’re willing to trade a few pixels in exchange for higher-quality footage and photographic control, you can pick up the Autel EVO II Pro 6K drone for a massive $360 discount. Instead of its typical retail price of $1,795, the drone is available to Amazon Prime customers for $1,435 till June 22, 11:59 pm PDT.

If you aren’t looking for something as large or expensive as the Autel EVO II, DJI’s entry-level Mavic Mini drone combo is available at a Prime Day 2021 exclusive price of $397.

The deal offers a massive $127 discount from the original price and provides much better value for money than the rumored DJI Mini SE. Read all about it here.