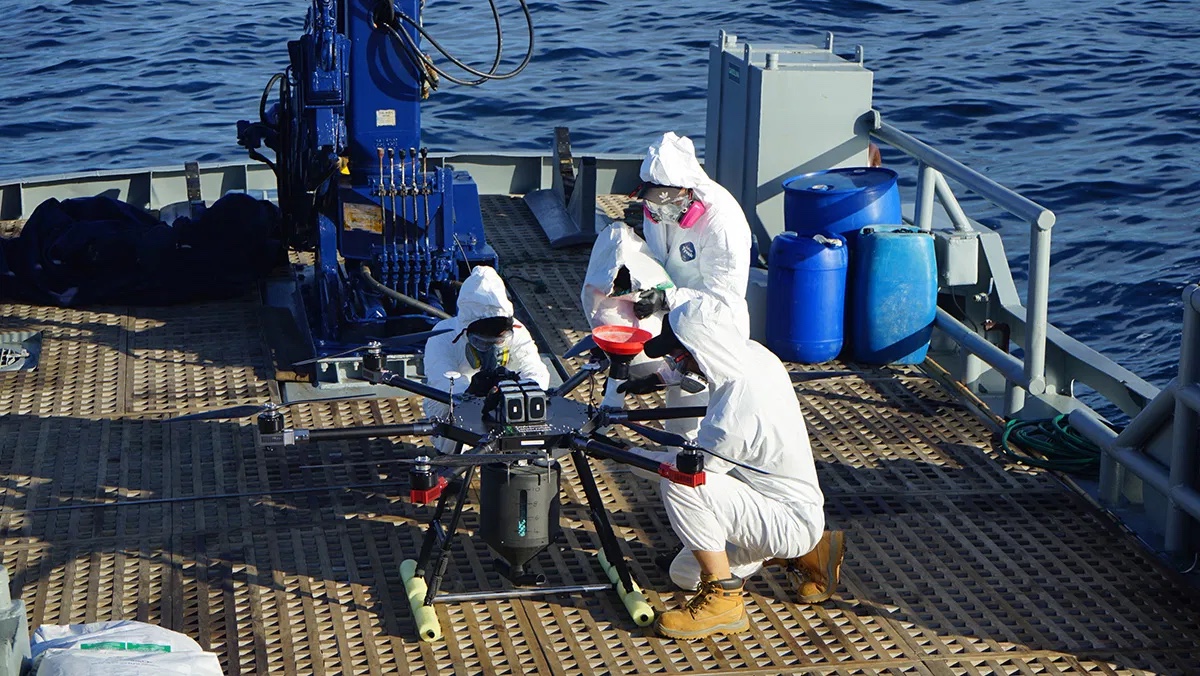 After two years of trying to rid a pair of Galápagos Islands of destructive non-native rats, researchers say they’ve eliminated the invasive rodents with considerable help from drones.

Drone used for the first time to control invasive pests

The eradication effort was deemed necessary to protect several species of indigenous wildlife, particularly frigate birds and swallow-tailed seagulls. Officials at Galápagos National Park say black and brown rats that came to the islands aboard visiting ships during the 19th and 20th centuries had become a constant threat to both unhatched and young birds. For that reason, elimination efforts began on the Seymour Norte and Mosquera islands in 2019 – using drones for the very first time. This month, after a thorough inspection, the islands were declared rat-free.

That combination of human planning and technological innovation created a survival-of-the-fittest challenge the rats could not overcome in the same Galápagos environment that Charles Darwin studied while developing his evolution theory. The rodents’ demise, however, will finally permit the islands’ native biodiversity and ecosystems to return to their natural levels.

In contributing to that, drones flew missions in two phases. The nonprofit group Island Conservation teamed with professional pilots using GPS data to fly drones around the islands. The craft scattered so-called “conservation bait” – a rodenticide specially developed to only attract rats – in rodent infested regions.

After the main population had been eliminated, drones were deployed to replenish scores of bait stations around the islands’ coasts, creating a first line of defense against any new rats migrating from surrounding islets.

“After two years of waiting, this project has given the expected results, according to the planning and according to the highest protocols for these cases,” declared Danny Rueda, Galápagos National Park director. “Galápagos, once again, is a benchmark in terms of the protection of this globally important ecosystem.”

Increasing drone use in environmental protection across the Pacific

Earlier eradication attempts had been carried out manually, and ultimately proved too laborious and slow moving to succeed. The increased speed and efficiency – not to mention lower costs – of drones solved the problem in the Galápagos. Their deployment is being replicated in other Pacific islands battling rat problems later this year.

Invasive rodent infestation is said to account for 86% of known extinctions of native wildlife on smaller islands. At the same time, some 1,200 recent campaigns to eradicate those destructive transplants – some relying on drones – boast a nearly 85% success rate.