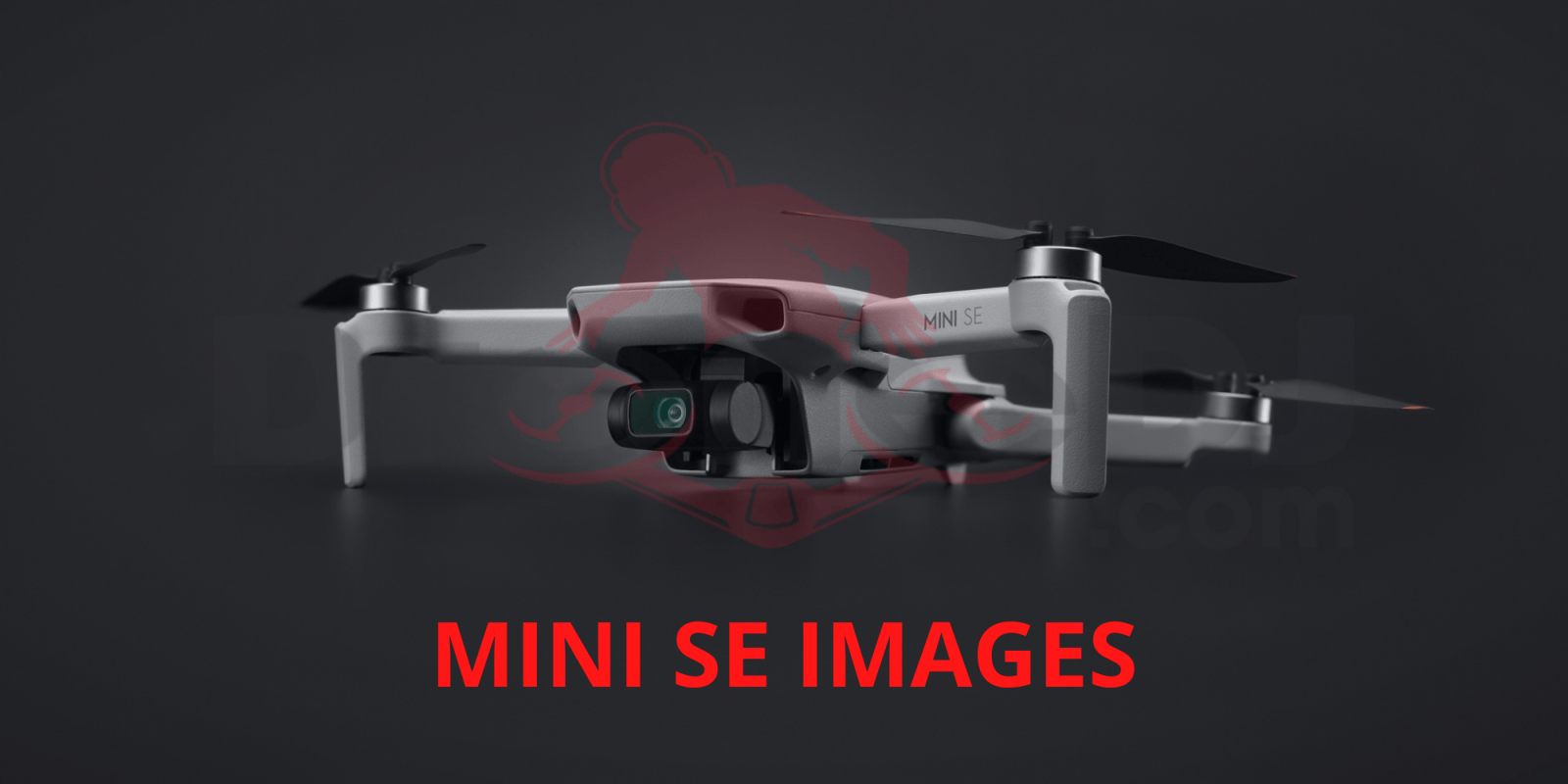 Remember we told you recently about the new update to DJI FLY? We mentioned that it includes support for the new MINI SE (which appears to be the Mavic Mini with slight cosmetic changes). As a result, we have our hands on a bunch of new MINI SE images. Let’s have a look.

The MINI SE, as we’ve also reported, is unfortunately not going to be available in North America. We say “unfortunately” because the packaged bundle is a great deal for someone looking to get into the drone world with a proven sub-250 gram design.

But there are plenty of people in parts of the world who can – and will – buy this product.

The latest DJI FLY update offers support for the MINI SE. That means, as you might guess, there’s additional information and images related to the MINI SE contained in the app. We tore things apart to have a closer look.

If you’re a regular reader, you’ll know the following: The MINI SE is the guts of the original Mavic Mini placed inside the MINI 2 shell. Despite images of the product starting to appear on shelves in countries like Malaysia, DJI remained quiet about the new/old product. Last week, we asked for comment and received this from the company:

And now, thanks to some probing around in the updated version of DJI FLY, we have some new images to share. Here they are:

As we’ve come to expect, the DJI FLY update also includes information on how to calibrate the compass, reset the gimbal, etc. We’ve gathered those images into a little gallery for you since they all provide slightly different views of the drone.

For people in countries where this product will be available, this drone will be an outstanding introduction to the world of drones at a bargain-basement price. When the Mavic Mini was first released, people were blown away by its capabilities for the money.

Sure, the MINI 2 offers significant improvements when it comes to imaging and power. But don’t discount the Mavic Mini (ahem, MINI SE with a different coat). This is still a very competent drone and at a sub-$300 price point. If you’ve been curious about getting into this kind of drone, you can’t go wrong.