Drone involved in near collision with aircraft at Helsinki 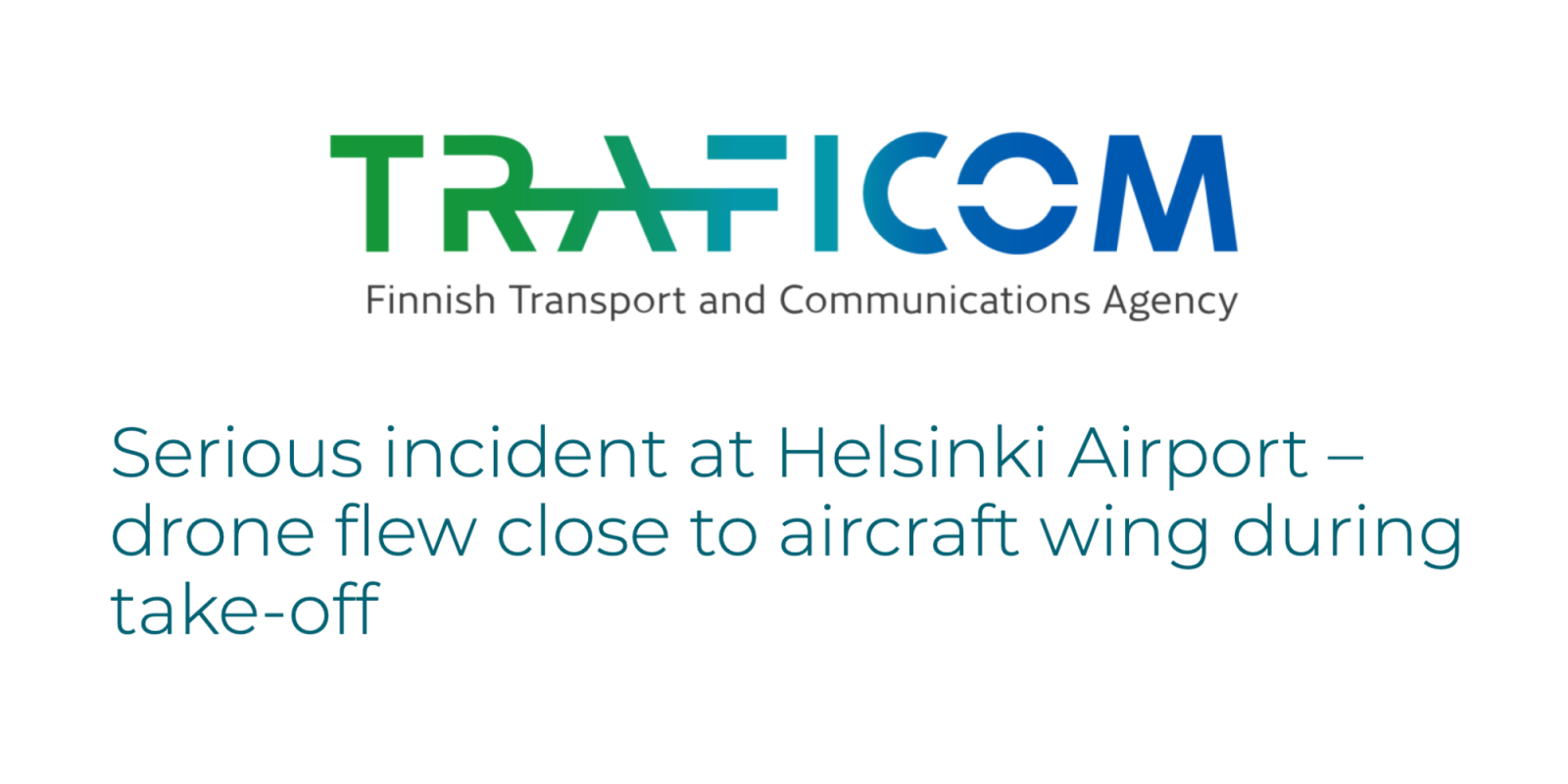 An incident involving a drone and a commercial aircraft is being described as “serious” by Finnish Transport and Communications agency Traficom. It happened May 13 of this year, but the information has only been released in recent days.

It’s never good news when there’s a close call between a drone and a crewed aircraft. It happens very infrequently – and there have been many reported incidents later proven to be other objects (ballooons, etc.) – but the reality is it still happens.

And here’s a case where it apparently did.

Here are the basics, taken directly from the Traficom post on the incident. It’s a little shy on details – for example, it does not include the type of crewed aircraft involved, nor any description of the drone:

The crew of a commercial aircraft taking off at Helsinki Airport observed a remote-controlled aircraft near the aircraft’s right wing in the a.m. of 13 May 2021. The aircraft was at an altitude of approximately 400 meters at the time. The estimated flight location is in the restricted UAS geographical zone established to protect Helsinki Airport, where flight is allowed at an altitude of up to 15 meters above obstacles in the immediate vicinity of obstacles. This information can be found in the deviation report filed to Traficom by the airline.

Both Traficom and the Safety Investigation Authority have classified what happened as a “serious incident.” Here’s what Traficom director Jari Pöntinen had to say:

Kudos to Traficom for how it handled the rest of the news. Its tone and content focuses on using this as a teachable moment to remind drone operators of the new, unified rules that now apply across the EU. It even points drone users to the AVIAMAPS app, which can be used to determine safe airspace for flights.

The statement also encourages pilots to ensure they have registered all drones weighing 250 grams or more, and any sub-250 gram drone that contains a camera. Basically only “toy” drones do not require registration. Here’s Traficom Team Leader Esa Stenberg:

The increasing popularity of drone flying has also increased the number of hazardous situations caused by drones. New harmonised regulations will establish the same rules throughout the EU, which are put in place to ensure safe flight. Registration will provide authorities with a better ability to monitor flight operations, when we know who is operating what.

You know us: We’re not the drone police. But we do strongly believe it’s in the interest of the hobby and the industry – and of safety – that everyone follows the rules. If you’re flying in the EU, the Traficom statement is worth reading.

We’ve also touched on the new EU regs before. This story includes DJI urging all pilots to comply with the new rules. We also wrote about a European Union Aviation Safety Agency video that we felt really nailed the high points in an entertaining form. You’ll find that one here.