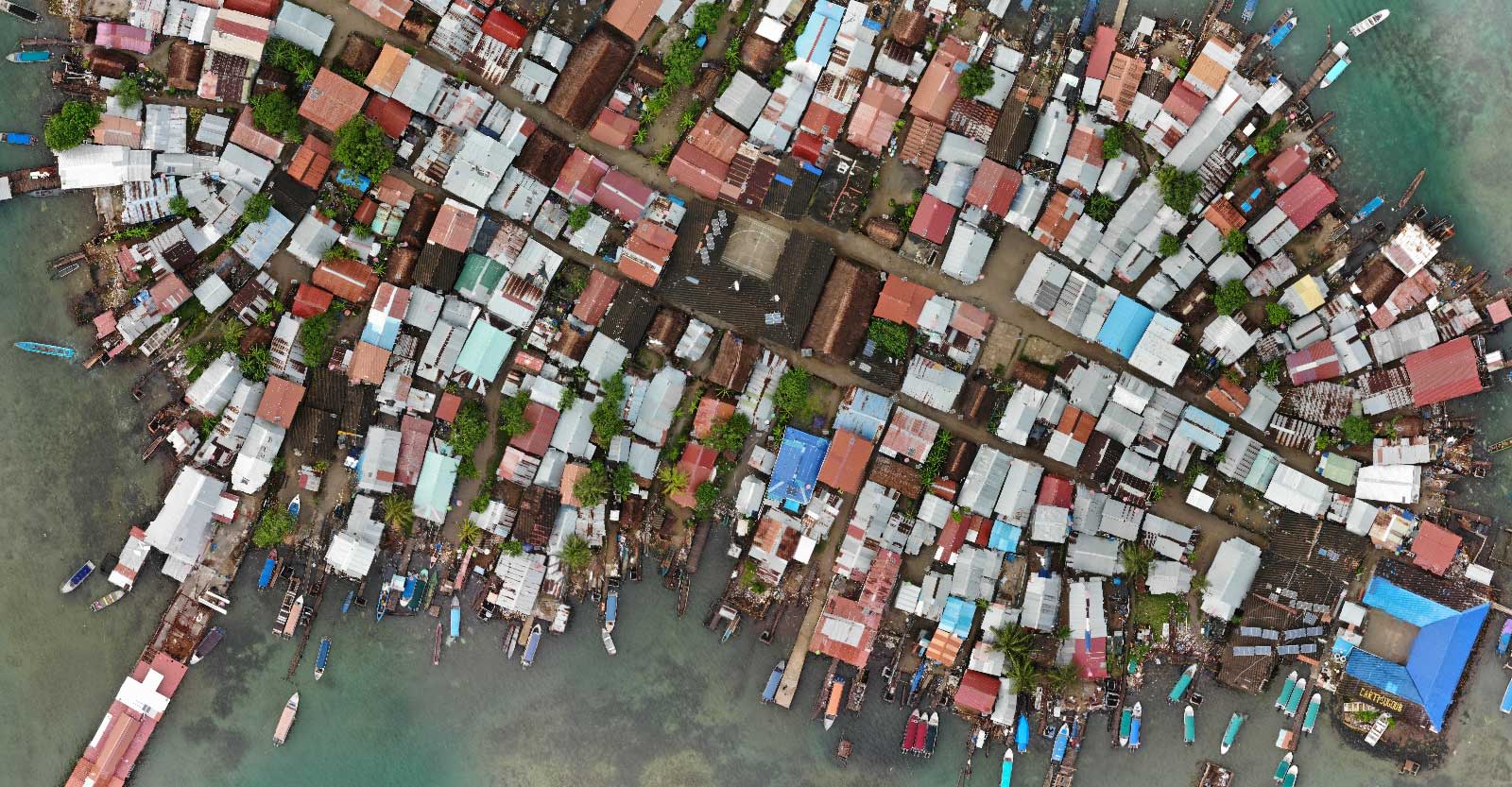 The home of the Gunas is what you’d call “a paradise on earth”. The tiny coconut islands of the San Blas archipelago off Panama’s eastern coast are littered with glistening white sand beaches, palm trees, and thatch-roof huts. And even though the indigenous tribes have maintained a healthy distance from unwanted modernization, the ripple effects of climate change have reached their shores.

Rapidly rising sea levels mean that many islands could be completely underwater within a few decades. Moreover, with increasingly unpredictable weather events, it would take only one big tropical storm to level the modest dwellings of the Guna (pronounced Kuna) and leave the islands completely inundated.

The island of Gardi Sugdub, aka Crab Island, is one of the most vulnerable, experts say. Measuring just 400m long and 150m wide, the island has “wall-to-wall” with thatched huts, housing some 2,000 people.

These people face a double whammy. On one hand, there is the threat of rising sea levels. And on the other, the small island has become overpopulated. Relocating to mainland Panama is the only option now. And lucky for the Guna, they already own the land they want to relocate to.

That said, relocating an entire population, especially indigenous ones that have extremely close ties to their land, is not easy. And this is where drones come in.

Drones help in the fight against climate change

Panama Flying Labs started working with the Gardi Sugdub community toward the end of 2019. The organization is part of a larger Flying Labs network known for strengthening local expertise in the use of drones in more than 30 countries across the globe.

When planning a new settlement, it becomes important to understand the various aspects of the land you will build on. And drones proved to be the fastest way to map the available land and plan for a new village. Drone surveys would also help to assess the state of the other highly populated islands in the San Blas archipelago.

The team received tremendous support from the locals who helped guide them through the new areas being mapped. This included island walking recognition, and providing transportation by car and boat.

When Flying Labs and their team of volunteers had the maps they needed, they set up two workshops. They invited the local community to the sessions, explaining the results of the drone survey and its implications.

It’s worth noting that often indigenous tribes can be forcefully relocated or not given a chance to influence the decisions made by planning authorities. So, Gardi Sugdub’s example of making sure that the people who are impacted are involved every step of the way is a model that other communities confronting climate displacement should aspire for. As Pix4D points out:

Difficult situations like this will be more common over the coming decades with rising sea levels. However, vulnerable communities need to be a part of decision-making. And when empowered, this can bring about positive change for everyone.