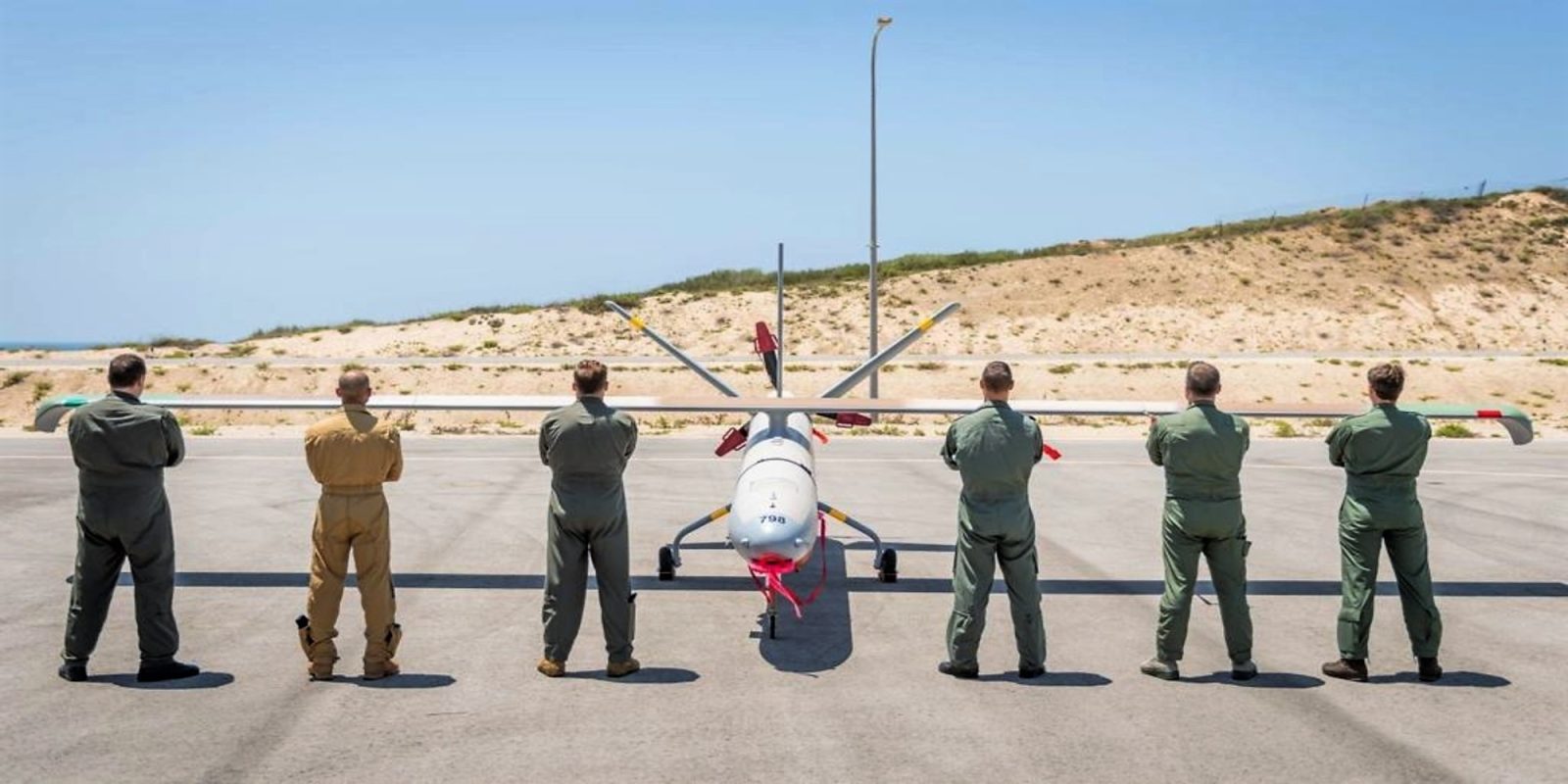 In a world first, Israel is hosting an international drone training exercise. Called the “Blue Guardian,” the military exercise is seeing participation from the United States, France, Italy, Germany, and the United Kingdom.

The two-week-long exercise that kicked off on Monday is being led by the Israeli Air Force’s Remotely Piloted Aerial Vehicle (RPAV) division.

The drills are divided into two parts. The first week will focus on training international crews to operate the Israeli “Zik” (Hermes 450) drone. Here, the daily briefings will be led by a different country every day, creating a foundation for mutual learning.

Meanwhile, the second week of the exercise will see the participants drilling a simulated combat scenario between a coalition of allied nations against an enemy. Further, during the second week, forces will fly in joint formations and cooperate with the IAF’s fighter and helicopter divisions as well as commando units.

Lt. Col. L, commander of the leading squadron in the exercise, explains:

We’ve outlined several goals for the exercise. First, creating effective aerial scenarios to allow for a high-quality training exercise. Second, we emphasized the personal connection with our counterparts: from interpersonal bonds between operators to providing our allies with a sense of comfort and security while adapting to their needs. And third, illustrating the IAF’s high standard that is manifested in our personnel’s dedication and in the professionalism and precision of the aerial missions.

Detailing why such an exercise has not been held until now, Lt. Col. L says:

The field of RPAVs includes many classified capabilities and secrets that are carefully hidden. Additionally, deploying RPAVs to another country is a complex procedure since in addition to the aircraft, the control stations must be transported.

This is why it has been decided that all the international participants would fly an Israeli drone instead.

It wouldn’t be easy though. Despite the fact that all the drone operators at the exercise are professionals and highly experienced in their fields, they will need to get themselves accustomed to an unfamiliar control station and navigate through the operational manuals that are all in Hebrew.

A common ‘RPAV language’ between the countries still doesn’t exist. Other divisions that conduct international exercises each year have mutual doctrine and similar professional terminology, while we had to build everything from scratch.