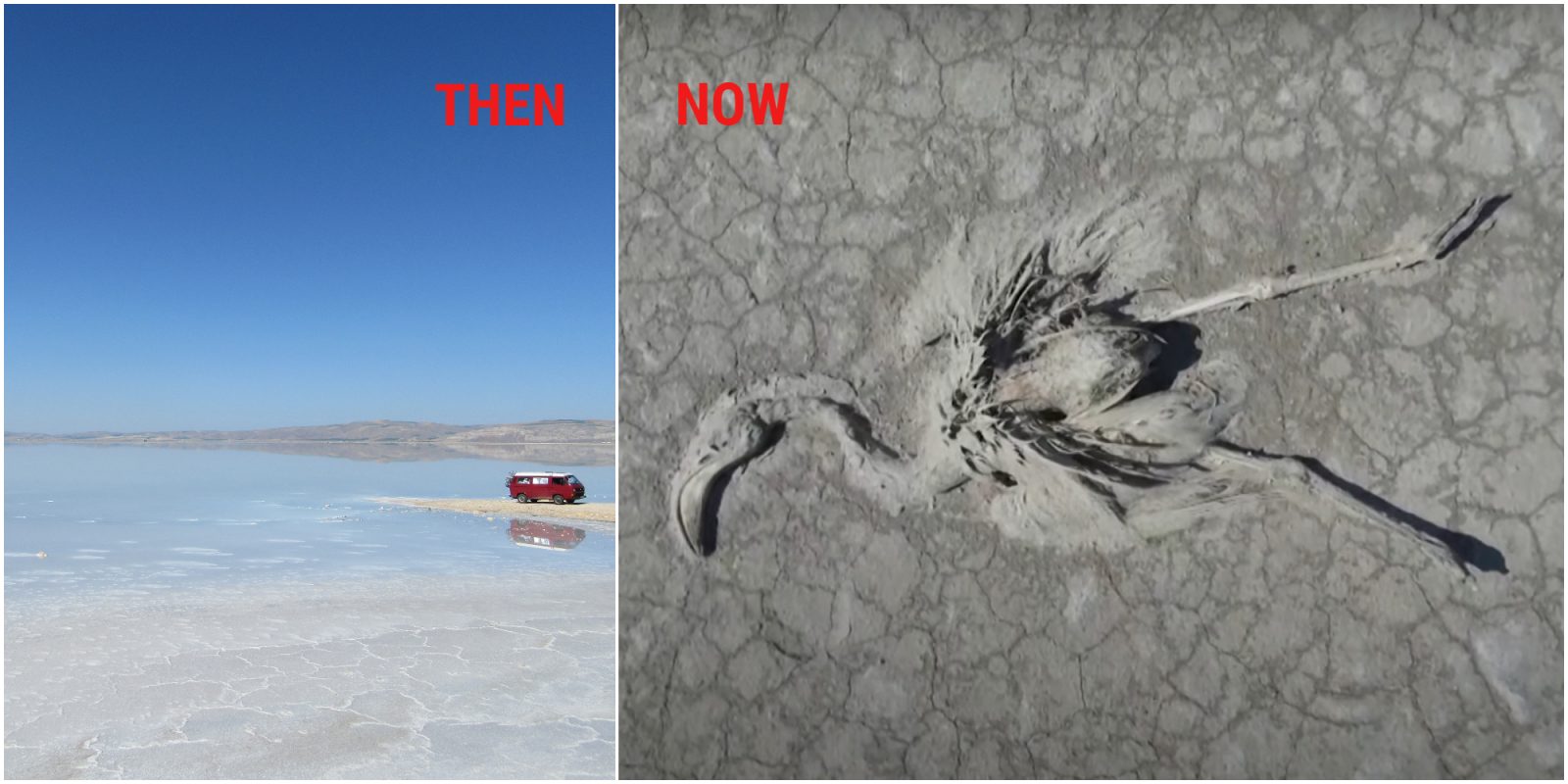 At least 1,000 baby flamingo carcasses – some partially buried in the mud – have been discovered at Turkey’s Lake Tuz. Horrifying drone footage captured above the dried-out lake bed has alarmed environmentalists who say climate change, drought, and unsustainable farming practices are to blame.

Located in the central province of Konya, Lake Tuz is the second largest in Turkey and one of the largest hyper-saline lakes in the world. It is also one of the largest natural breeding colonies of flamingos globally. Every year, up to 10,000 flaminglets are born here. But this year, only 5,000 flamingo eggs hatched. And even then, most of the baby birds perished because of a lack of water.

Lake Tuz in Turkey used to be a paradise for flamingos, but now it has turned into a nightmare. This was a wetland where you could see hundreds of flamingos last year. This time, there is neither water nor living birds. The water has receded for a stretch of about 10 kilometers (6 miles).

Environmentalist and wildlife photographer Fahri Tunc tells Reuters that water supplies from a canal that feeds Lake Tuz were being redirected for farming:

It is a sin we are all committing.

However, Turkey’s Minister of Agriculture and Forestry, Bekir Pakdemirli, denies the allegations. Insisting that “necessary measures” have been taken, Pakdemirli says:

I want to stress that there is no direct or indirect connection between this incident and the wells in the area or the agricultural irrigation.

Meanwhile, the local authorities in Konya have launched an investigation into the matter to study the causes of the deaths. A committee of experts has been empaneled to understand the “causes that affect the life cycle of flamingos and potential measures to prevent deaths.”