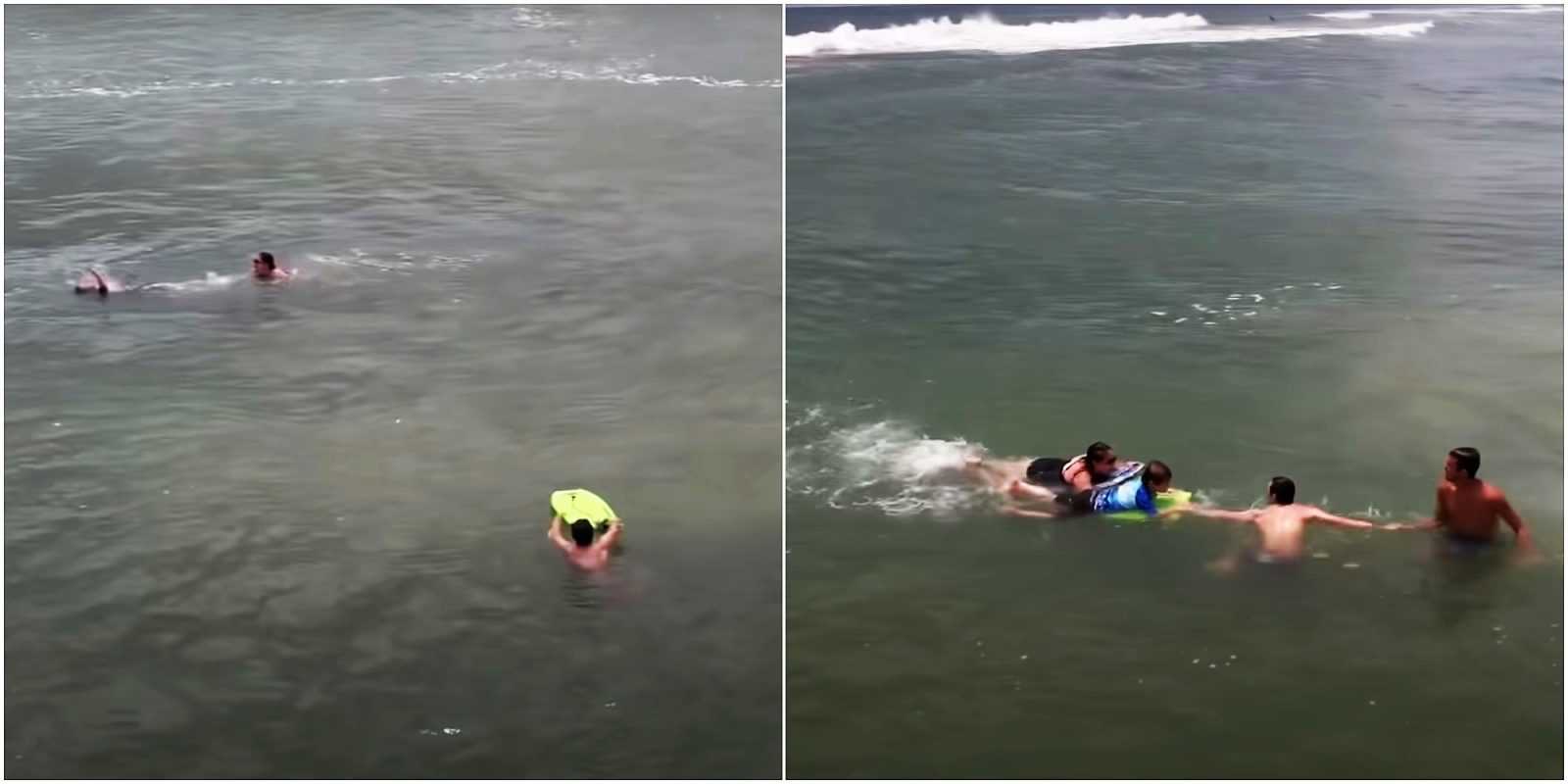 A mother and her son were saved from certain death when a college sophomore spotted the duo struggling in a rip current at Topsail Beach on the North Carolina coast. The incident happened over the July 4th holiday weekend, and a drone operated by the rescuer’s friend caught everything on camera.

Rip currents are a deadly threat in North Carolina. These channelized currents of water flowing away from the shore can rapidly increase in speed. As a result, swimmers have been unexpectedly pulled away from shore very quickly. Even strong swimmers can get tired of trying to swim against a rip current.

This is why Raleigh resident Ashley Batchelor and her 10-year-old son Conner were extremely lucky to have been spotted by 18-year-old Travis Shrout when a powerful rip current swept the duo into the ocean on July 3.

There were no lifeguards on the beach when the incident happened. Travis was in the water with a bodyboard to help his friend Thad Unkefe practice subject tracking ocean photography with a drone.

Since the waves were rougher than usual, it made Travis wonder what the mother and son duo were doing even farther out into the ocean. Travis tells Akron Beacon Journal:

I thought I heard ‘help’ but it was such a weird situation. I said, ‘Are you alright?’ and she said, ‘No’. I immediately started swimming out to her.

Right place at the right time

Mercifully, Travis is a trained lifeguard who earned his certification from the Akron YMCA. He has even served as a lifeguard at the Riverfront YMCA. And so, his training quickly kicked into gear.

With his lime green bodyboard in tow, Travis started paddling toward where Ashley and her son were struggling. He pushed the board toward Ashley before taking off after her son. The boy had already gone under some four or five times by then. Ashley tells Cleveland 19 news channel as she recalls the terrifying incident:

[Conner] looked at me and said, ‘I can’t do this anymore, mommy.’ That’s when my heart sank. Everything changed for me. I kept seeing the drone over me and I’m like, ‘this drone is going to watch us die today’. We’re so thankful for Travis. He didn’t think twice about saving us, he just did it.

Their troubles did not end there though. The trio used the bodyboard to stay afloat for a while, but as Travis tells Fox 8 news channel:

There was a couple of waves that came over our heads and I didn’t know how many more of those waves were going to come. They completely submerged all of us. So, that was kind of scary.

This is when another teen swam toward the trio with a second bodyboard, and the two teens formed a human chain to pull out Ashley and Conner from the current.

Travis’s mother posted about the ordeal on Facebook with a link to the drone video of the beach rescue, beginning 0:58: