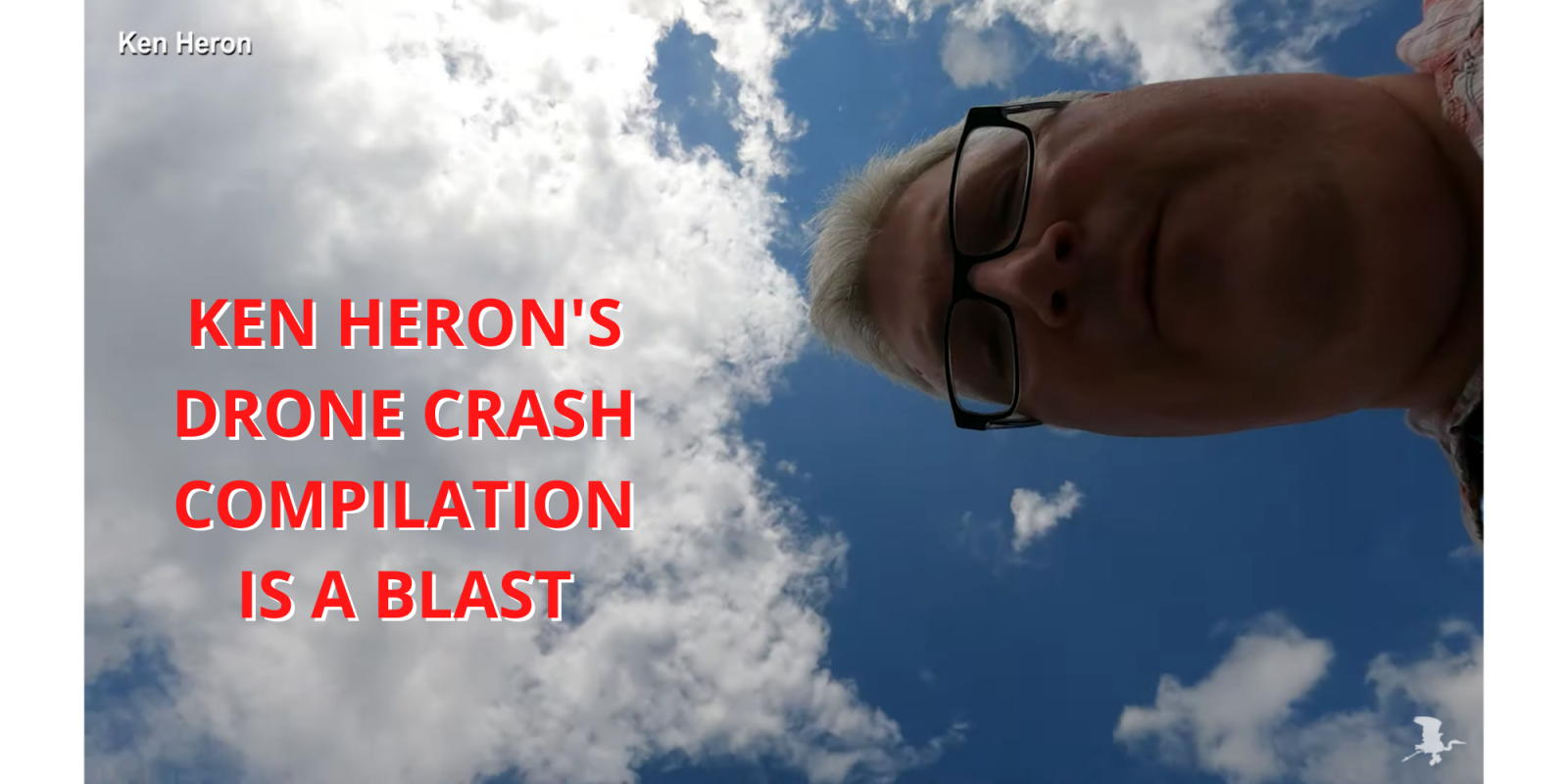 We enjoy Ken Heron’s YouTube work. He infuses his reviews with a great sense of humor. And, trust us, his latest drone crash compilation video is a blast.

There’s a ton of crash compilation vids on YouTube: Drones, cars, bicycles – you name it. Often, however, they’ve been crunched to within an inch of their life and have no narration and the original creators receive no credit. Well, Ken took time to select a pile of great drone mishaps with decent quality video, credited all creators, and then put on a spin the way only Ken Heron can.

It’s funny. There are accents. There are jokes (and a bit of swearing, though you’ll understand why).

Watch and laugh; watch and learn…

Here’s the thing: While we do find these videos really entertaining (especially since no one gets hurt), they’re also educational. Many of the crashes involve mistakes common for beginners: Lack of situational awareness (hey – there really is a tree over there!), lack of judgement, and – in at least one or two instances – target fixation.

That’s when you see something that’s dead ahead you know you want to avoid… but become so fixated on the object that instead, you pilot your drone directly into it. (I had a pretty bad hang-gliding accident in my late teens, where target fixation and lack of experience resulted in a direct crash into the top of a 30-40′ pole. In case you’re wondering, hang gliders do not gently flutter to the ground; they fall like a rock. I was very lucky to walk away from that one.)

We honestly did have some great laughs watching Ken’s video, and hope you do too. Here it is:

But we also hope, especially if you’re new to the hobby, that you take a good look at what went wrong in some of these cases and how the mishap might have been avoided. Yes, there were a couple of mechanical issues (including a crash where Ken was the pilot), but most of these were accidents that could have been avoided with a little more care.

And if you don’t? Well, don’t be surprised if you find yourself with a starring role in Ken’s Drone Crashes, Volume Four.