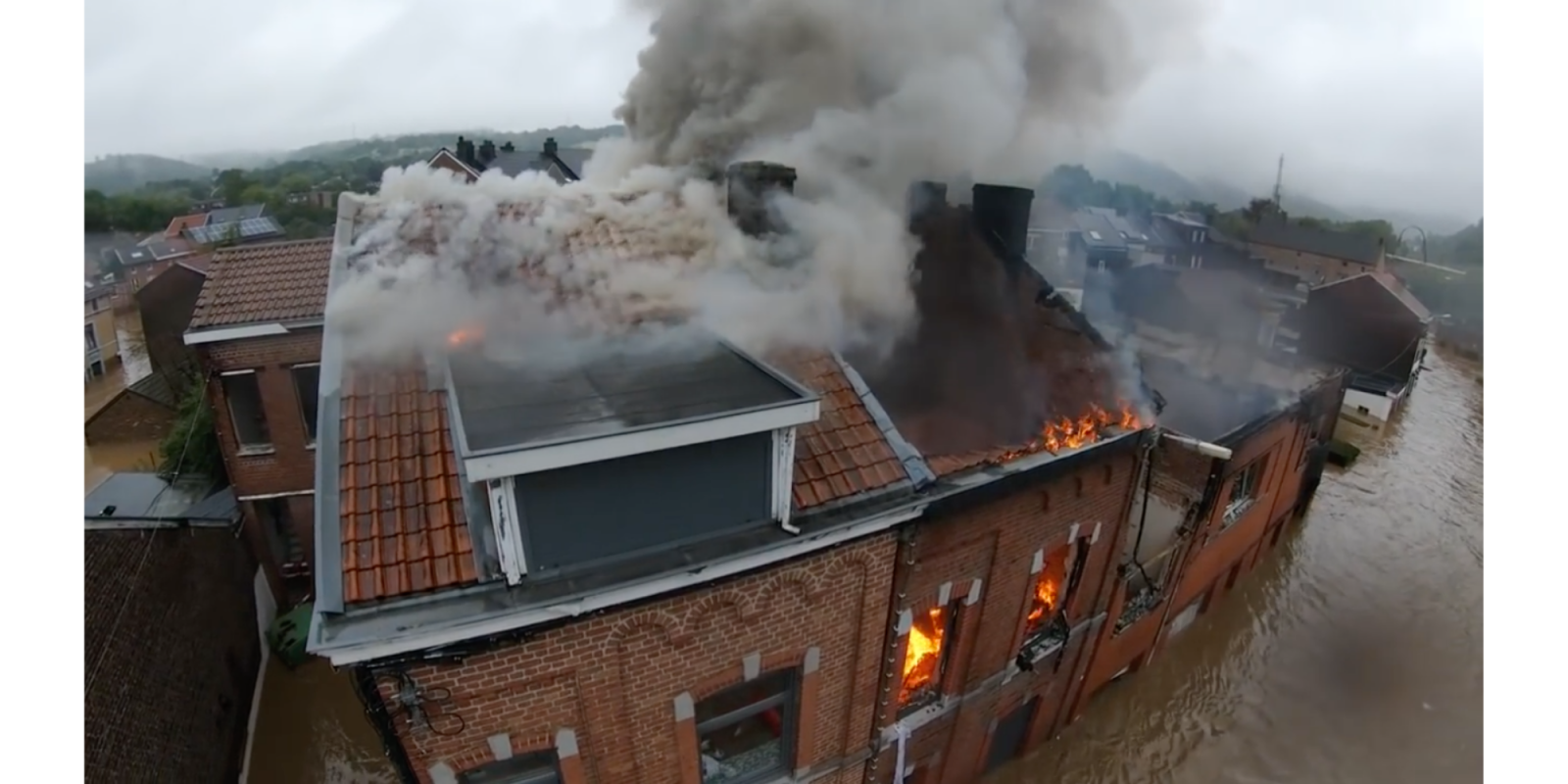 People are still recovering — and will be for some time — following last week’s catastrophic weather event that hammered Germany, Belgium, and some other locations. Now, a new FPV drone video shot in Belgium reveals that some people endured a double-disaster: Flooding and fire. And the pilot was able to assist firefighters gain better situational awareness on two house fires.

We received a link to two videos from DroneDJ reader Marcel Powolny, who contacted us via our tips email. He said he’d captured some footage during the floods in Liège, Belgium. What we saw was a very different type of drone video from what we’ve reported on from Germany.

For starters, he was flying a DJI First-Person-View, or FPV drone. (In the event you’re not familiar with FPV, this is where the pilot wears goggles and sees what the drone is seeing in real-time.)

The impact of this weather event cannot be overstated. As of Tuesday, some 165 bodies had been recovered in Germany and 31 in Belgium. The storm system dumped 15 centimeters (6″) of rain in 24 hours, turning rivers into torrents that burst their banks in some locations, and triggering massive landslides and at least one huge sinkhole.

But the drone footage we’d seen so far was from Germany. The video we’re about to see is from Belgium and shows two homes on fire, with the massive flooding in the streets.

The FPV drone video from Belgium

We contacted Powolny to ask him a few questions about his video. First off, when it was shot:

It was taken on the 14 and 15 of July. Some friends who were directly impacted and evacuated from their homes asked me if could film their houses to see if they were destroyed or not. I woke up at 5:00 AM for some videos because I had to be at the office at 8:00 AM. Sunrise was at 5:38 AM.

Marcel says his own home was damaged — but he’s not complaining:

Yes, we had over one metre of water in our cellar. But ,unlike our friends who lost everything, we are fortunate to just have had old furniture destroyed

He’s also not complaining – even though for some reason his DJI FPV didn’t record the footage onboard. The video you’re about to see was actually taken from the goggles recording.

Wow. What a disaster.

And a final note…

As for the fire, Marcel says he approached local fire officials and asked if they wanted him to put his drone up so they could get a closer look. They said yes, and in fact, the local Fire Chief was beside him when he took this flight and was able to monitor the scene (we’re assuming Marcel was running a USB out from his goggles to a tablet or phone).

A number of broadcasters picked up his video and used it in news footage, and Marcel says some people have thanked him for shooting this content, saying it will be valuable to them for insurance purposes.

Thanks for pointing out this video, Marcel, and best of luck to the people of your town in the long rebuilding process ahead.