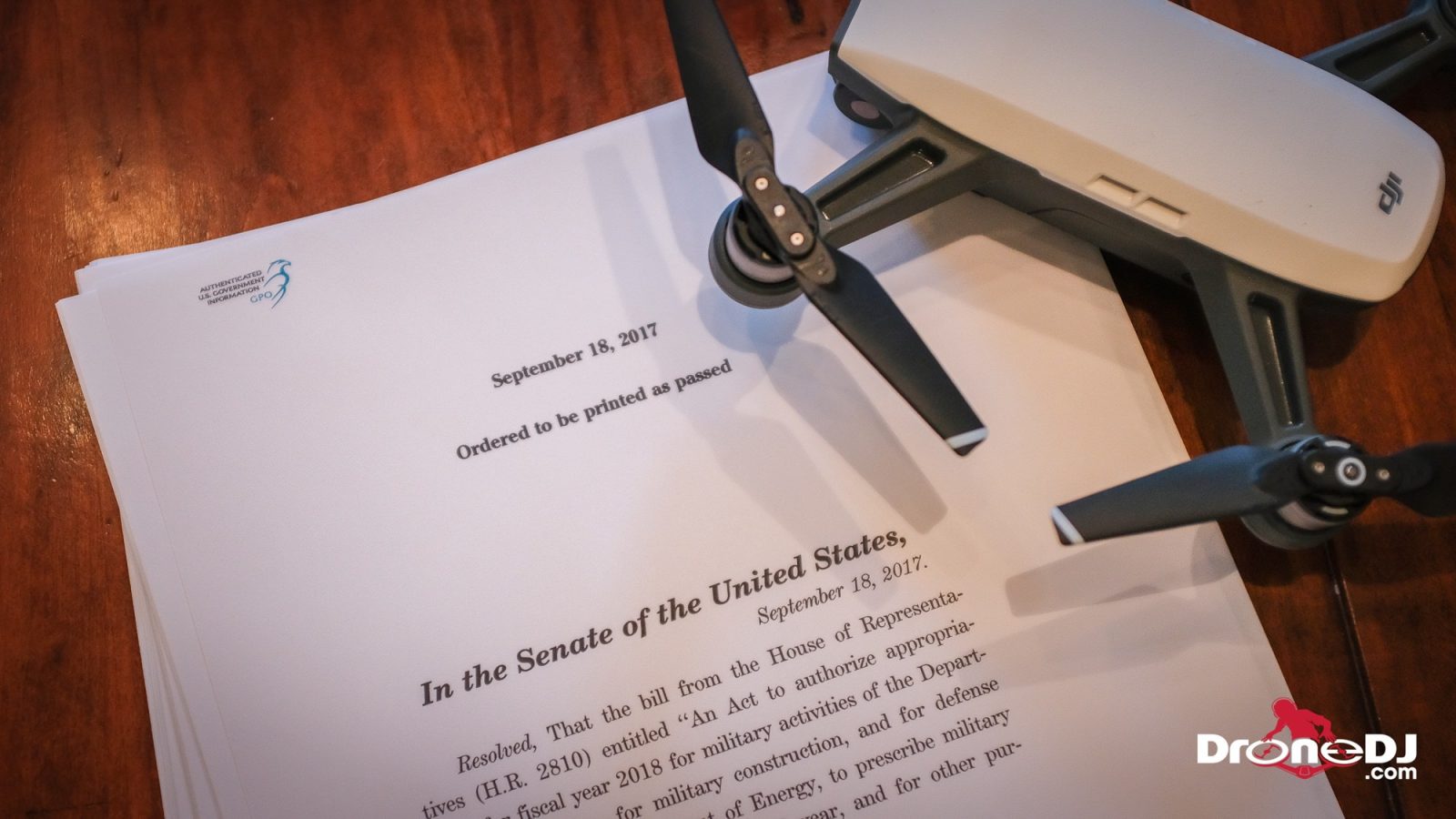 Non-commercial or hobbyist drone pilots would be required to register their drones (again) in a government registration system as part of a defense policy bill agreed to by House and Senate negotiators. This measure would reinforce the Federal Aviation Administration’s (FAA) ability to regulate the booming world of consumers drones and is part of the National Defense Authorization Act for 2018, a bipartisan compromise that will likely be passed by both chambers.

Registration of consumer drones was originally imposed at the end of 2015 after a number of drone incidents and government officials were looking for ways to make sure that hobbyist drone pilots would have some understanding of aviation regulations. Many drone operators objected to the registration requirement based on their “right to fly”, language that was in a 2012 law that said that amateur drone fliers were exempt from regulation by the FAA.

The U.S. Court of Appeals in Washington overturned the drone registration requirement in May of 2017, after concluding that the 2012 legislation did not give the FAA the legal authority to require hobbyist drone pilots to register their drones. In the 2018 defense bill, one section mentions that the registration system “shall be restored” as soon as the legislation becomes law.

Currently, the FAA has 838,620 people registered as owners of at least one drone and the organization estimates that 2.3 million consumer drones will be sold in the U.S. in 2017.

In a statement the FAA said to Bloomberg:

“The FAA doesn’t comment on pending legislation,” it said in a statement. “However, the agency originally put registration and operational regulations in place to ensure that drones are operated in a way that is safe and does not pose security and privacy threats.”

In support of drone registration

Two drone owners associations indicated on Thursday that they support the idea of drone registration.

“We are glad Congress has embraced this policy,” Brian Wynne, president and chief executive officer of the Association for Unmanned Vehicle Systems International, said in an email to Bloomberg. A drone registration system “promotes responsibility by all users of the national airspace.”

“We have long held that federal registration of unmanned aircraft systems (UAS) makes sense at an appropriate threshold of weight, capability and other safety-related characteristics.”

Interestingly, the AMA, an organization that run clubs for model airplanes, helicopters, and drones, believes that their own members should be exempt from FAA registration as they are already registered with the AMA.

FAA forced to close airspace of helicopter crash due to...