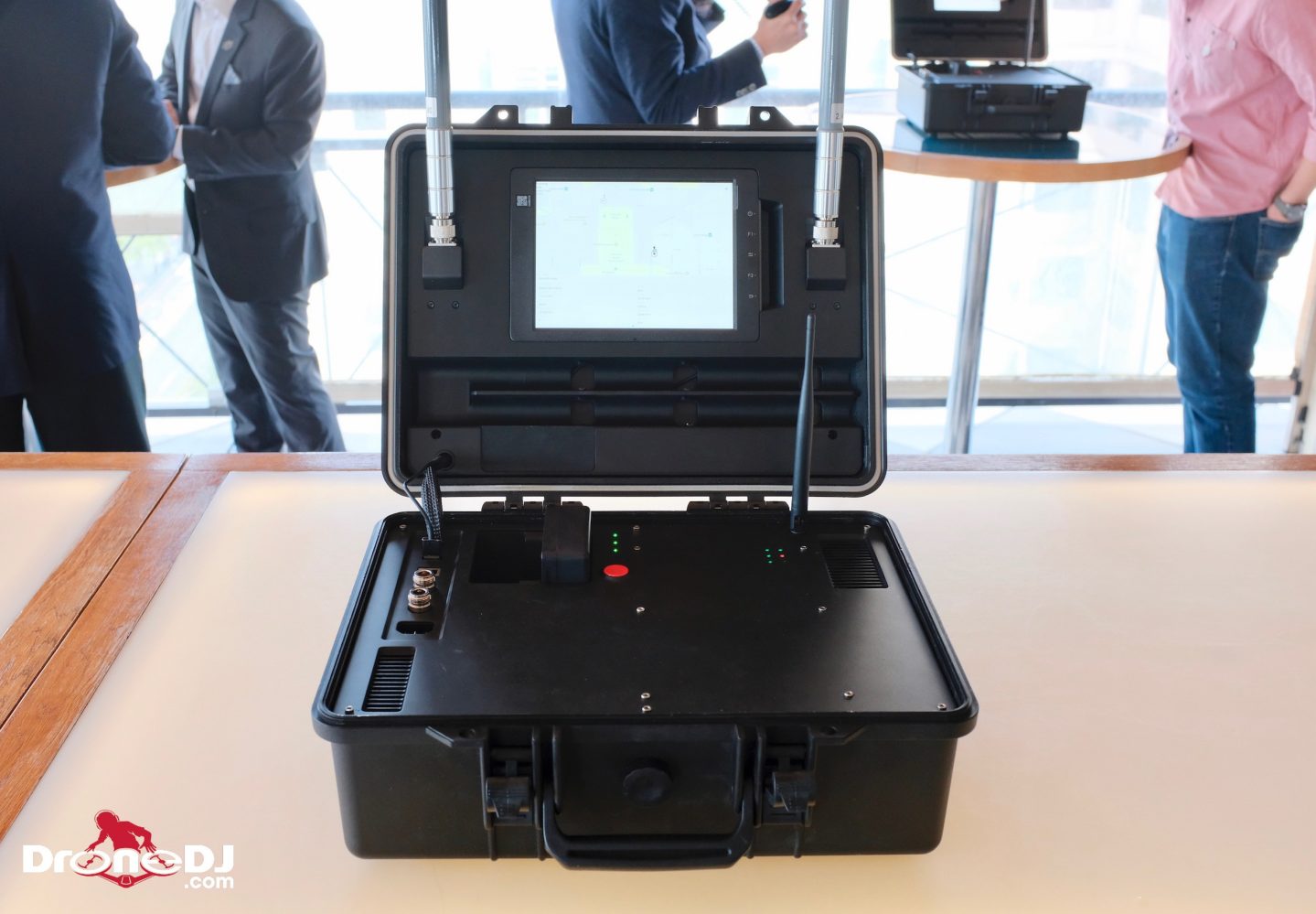 Aeroscope is a system developed by Chinese drone manufacturer DJI in response to growing concerns from national security officials, local law enforcement agencies and aviation safety specialists about rogue drone activity. The ‘electronic license plate’ system taps into identification, drone and pilot location, speed, heading and altitude information that is locally broadcasted by the drone and allows authorities to respond to rogue drones or potential drone threats. Aeroscope comes in both a mobile and a stationary version.

Recently DJI has been making updates to the DJI GO 4 app and DJI drone firmware, starting with the Mavic Pro, that will allow drone pilots to broadcast additional flight information. After the update, the DJI GO 4 app will display a “remote identification” menu in the main controller settings. This new menu option will give the drone pilot the possibility to broadcast their “UUID”, a unique user identification code tied to each pilot’s DJI GO account, and “Identification & Flight Information.” By default, the settings in the app are set to not broadcast any information. A simple explanation of why you are flying a drone at a specific location and for how long you are planning to do so may go a long way in reducing concerns of law enforcement agencies. Especially when you are flying in sensitive areas this may be recommended.

Drones with these new Aeroscope features activated will directly broadcast their information to local receivers. DJI stressed at the Aeroscope event in Washington that the information does not get transmitted to an internet-based service. By doing so DJI prevents drone flight information to be automatically recorded in a government database. This approach protects the privacy interests of the drone pilots.

As a result of an increase in drone sales around the world as well as an increase in drone incidents, governments have expressed interest in requiring mandatory tracking and identification of drones during all drone flights and recording that information into online databases. DJI has argued against this as it would require additional hardware for existing drones, making them heavier and draining the batteries. It seems that Aeroscope is a better solution that addresses the same concerns without the added hardware.

Even though Aeroscope is open to other manufacturers, not everyone in the industry agrees with DJI’s approach. Most notably ‘counter-drone’ company Department 13, that recently published the white paper: “Anatomy of DJI’s Drone Identification Implementation” seemingly attacking DJI’s Aeroscope.