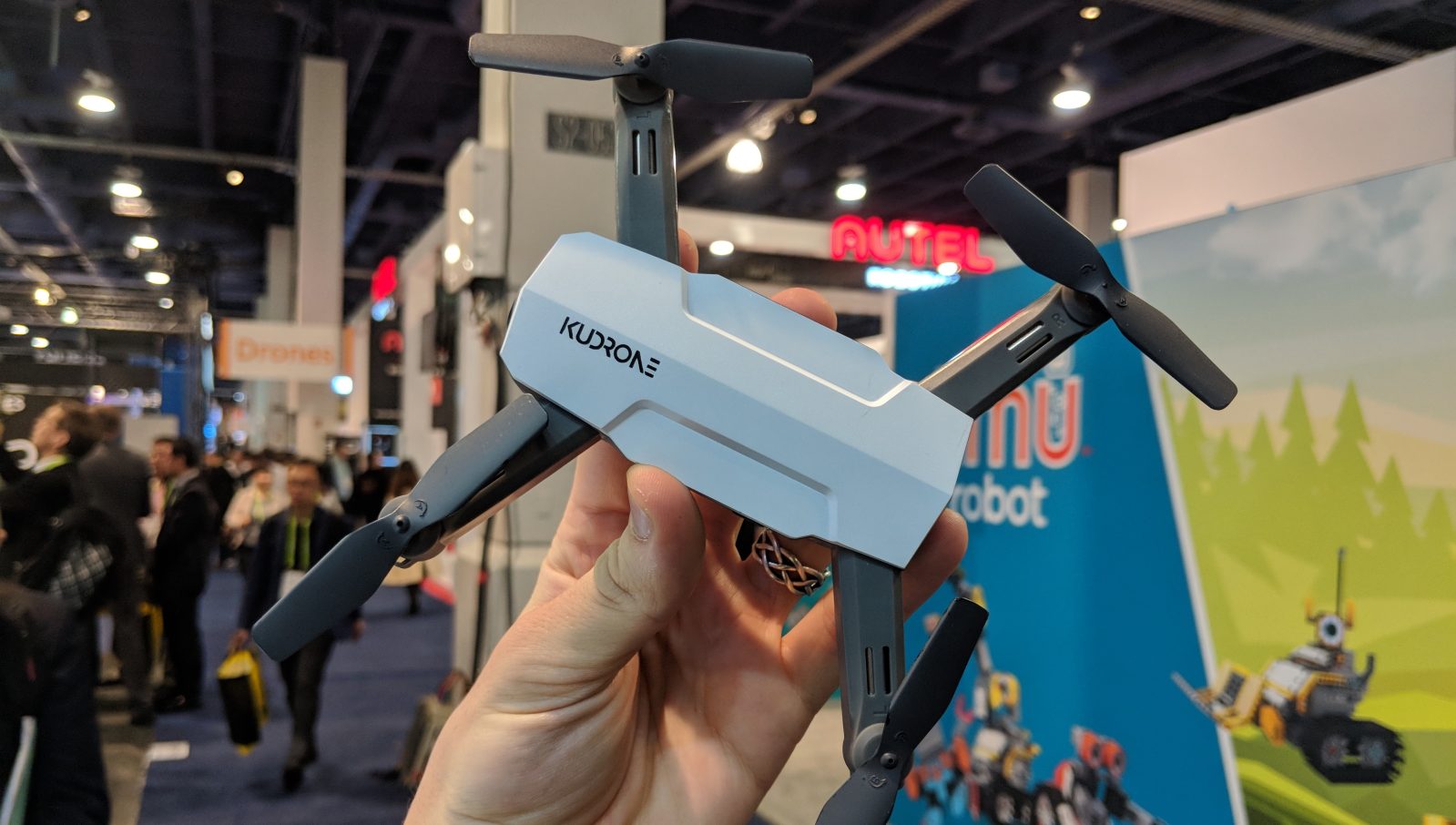 Kudrone, a Chinese drone maker that you probably haven’t heard of, quietly announced a brand-new second generation drone at CES 2018 called the Kudrone V. The company said that the CES show floor, today, is the first time that the drone has been shown publicly.

The new drone, as mentioned, is a followup to the original Kudrone, which was originally crowdfunded on Indiegogo and successfully shipped to its many backers. That drone dubiously compared itself to the Mavic in a misleading spec sheet on Indiegogo, and this drone has its own roots in DJI inspiration as well, it seems. As you can see, the new Kudrone V looks a lot like the DJI Spark.

It’s about half the size and weight of the DJI Spark, at least by my rough (and very CES-drained) calculation. Kudrone’s Kayven told me that the drone has about a 10-15 minute flight time and charges fully in about 30 minutes. Its 1080P front camera (the original Kudrone hilariously touted 4K at 15 FPS, so it’s nice to see Kudrone done with the jokes here) is controlled manually with the companion app and can tilt down 90 degrees. It, clearly, doesn’t have a gimbal.

We couldn’t find a press release or any details about the new drone on Kudrone’s website, but we did find it listed at a Chinese reseller — indeed listed as the “Kudrone V” and labeled as “New”. That site says the drone has a 530 mAh battery, a Sony S179 sensor and a max operating altitude of about 30 meters. You capture all those videos and photos to a microSD card up to 32GB in size.

Check out our video hands on with the Kudrone V below, and stay tuned for more drone coverage from CES 2018.