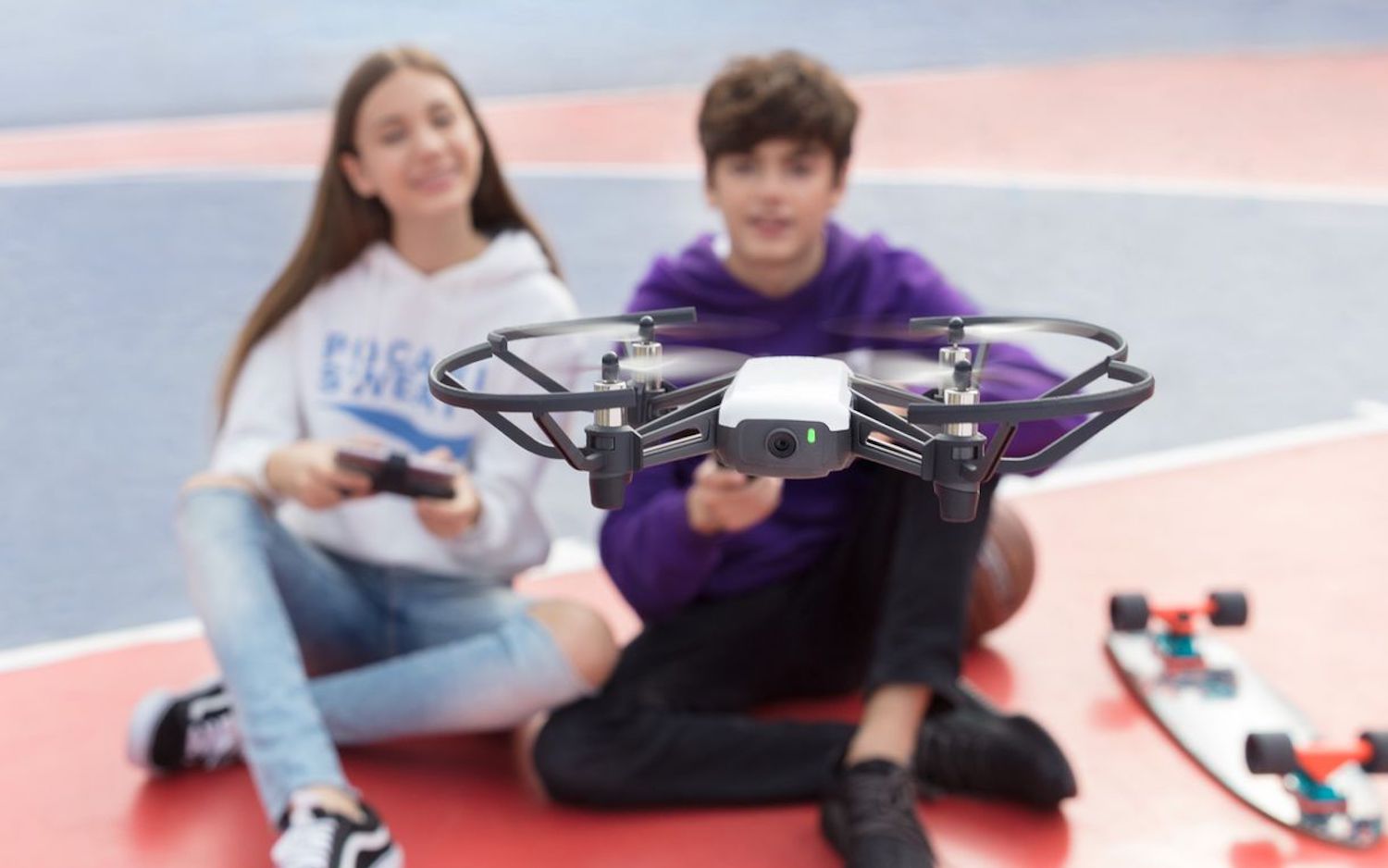 We just learned that Ryze Tech a Chinese startup company will be announcing a $99 toy drone, called Tello, with technology inside from both Intel and DJI. The affordable toy drone is able to capture 360-degree video and live stream the footage to a tablet. The drone is targetted at a young audience, i.e. kids and should be very safe and easy to fly using an Intel vision processing chip and flight stabilization from DJI. It will offer features such as automatic take-off and landing.

The Tello uses the same Intel Movidius Myriad 2 VPU chip used in DJI drones and five sensors to recognize and respond to hand gestures. This technology should go a long way in making the little drone more user-friendly. Kids should be able to safely keep the drone flying in one place or have it land in the palm of their hand. This way kids can learn to fly the drone without getting themselves into trouble or causing trouble. All you need to control the toy drone is the Tello app on your smartphone, which can connect to the drone using Wi-Fi. Third party controllers and VR headsets can also be used.

According to their press release, Tello drone pilots will also be able to program flight patterns using the simple coding tool Scratch an MIT-developed coding system that allows kids and teens to learn the basics of programming.

“The Tello is an impressive drone with so much intelligence packed inside such a small package,” said Remi-El-Ouazzane, VP and Movidius General Manager, New Technologies Group, Intel. “The incredible vision processing capabilities of the Intel Movidius Myriad 2 enable Ryze to miniaturize the drone and eliminate the need for multiple processors dedicated to each flying function. This is just the beginning of a promising toy market featuring robotics, AI and computer vision technologies.”

The Tello is small. Smaller and lighter even than the DJI Spark. The Tello comes in at 80 grams, well below the FAA registration requirement, and weighs less than the DJI Spark mini-drone that comes in at about 300 grams. The flight time for the Tello is 13 minutes, which doesn’t sound like much but may still be more than the attention span of the average child raised with tablets and smartphones. The Tello toy drone comes with propeller guards to keep your kids’ fingers safe. It also takes 5-megapixel photos and debuts this week at the Consumer Electronics Show in Las Vegas.

The Tello will be officially shown on January 9 at CES 2018 in Las Vegas. Media, resellers, and customers are welcome to come and experience the Tello at one of the following location between January 9 – 12:

The Tello is available for pre-order at the DJI online store and B&H now. We will try to get our hands on a demo version to review.