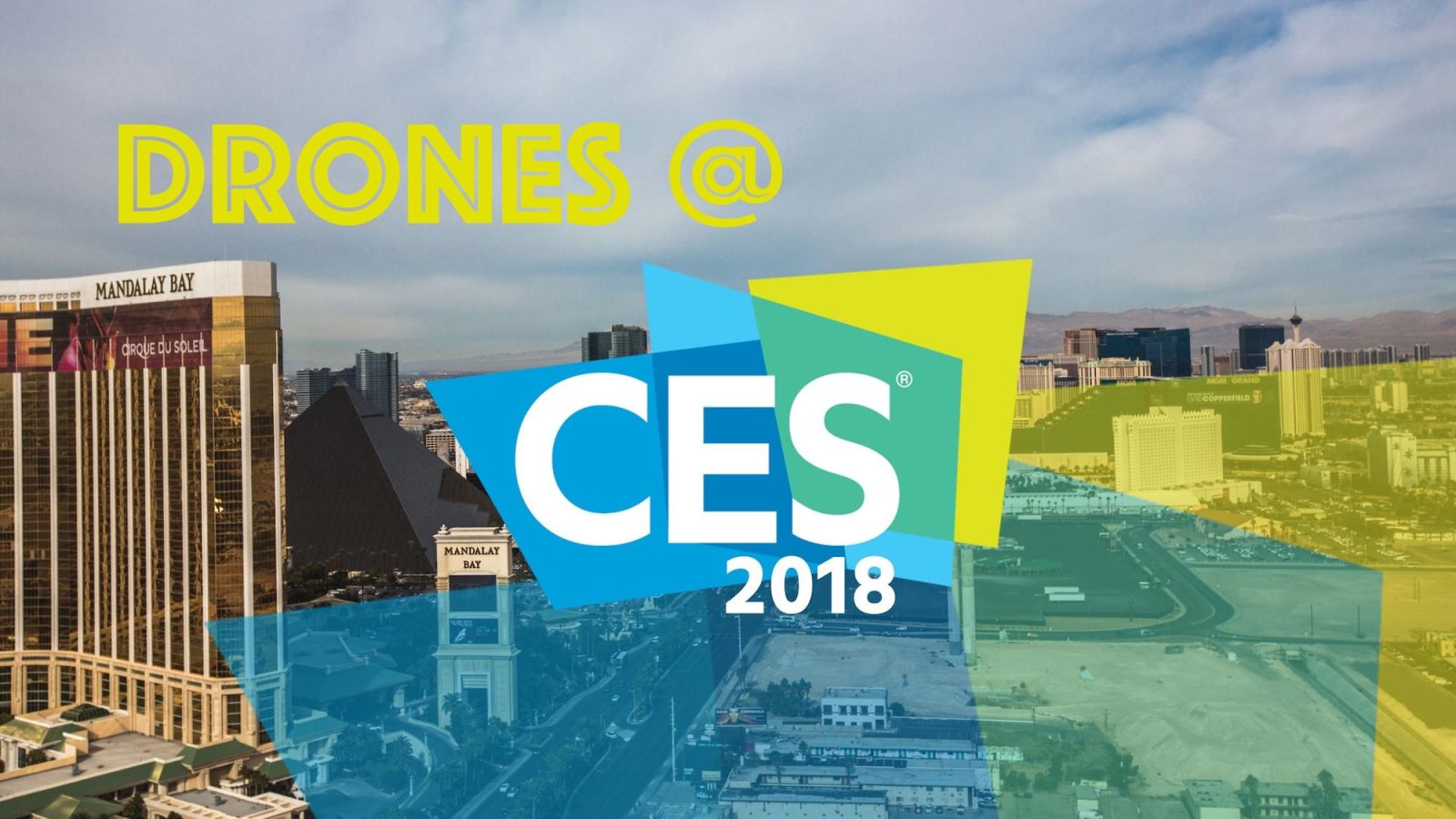 We wanted to provide you with an up to date summary of all the drone companies that are present at this year’s Consumer Electronics Show (CES) in Las Vegas. From the 9to5mac group, we have five people walking the floor of the event to talk to manufacturers and get the latest drone news. Everything that is newsworthy will be posted here on DroneDJ.

Drone news per brand from CES 2018

A company by the name of Autel Robotics unveiled a new drone at CES 2018, and this one looks like it’s one of the more serious new entries to come out of the Las Vegas show (no offense, HighGreatand Kudrone). After laying off its US sales and marketing staff this time last year, Autel is back at it with a new quadcopter that’s set to go on sale sometime in the next several months: the Evo.

Uber and Bell Helicopter are showing off a four-passenger taxi drone simulator at CES this year. The drone is meant to fly people from A to B on fixed routes, for instance from a train station or parking garage to an airport. The drone can be flown manually by a pilot or it can fly itself. Neither Uber or Bell offered any details on the propulsion system, unfortunately. We do know however that it has VTOL capability, i.e. vertical take-off and landing.

Let’s start with the biggest of them all, Chinese drone manufacturer, DJI. DJI will not have a special event this year at CES. They will, however, have a booth set up with all their drones. They also invited you to try out their drones and you can borrow their Osmo Mobile 2 gimbal to use during the event. As of yet, we have no news on any new drones being launched in Las Vegas this year.

Another drone company exhibiting here at CES Unveiled is Drone Interactive, a French company that puts together a mashup of AR, tiny drones, and gaming controllers to create a drone-based gaming experience.

The last drone company we found on the floor of CES Unveiled was Eyesee, which builds inventory management drones for warehouses. The drone uses technology from Squadrone System, Hardis Group, and Zebra to make a system built for logistics warehouses. Obviously, the idea to minimize human and material resources as much as possible and automate the process.

Fortem is one of many drone startups showcasing their products and platforms at CES 2018, and they’re an interesting one indeed. Fortem has announced a new radar system for drones called the TrueView R20, which it hopes will make autonomous out-of-sight drone flying a reality.

GDU is here at CES unveiled showing off their latest GDU O2 drone. The drone was actually announced back at InterDrone in September, but GDU says that it’s finally going to start shipping next week.

If flying is not your thing but you have always been interested in underwater exploration, then this may be the drone for you. It is called the Geneinno Poseidon 1 underwater drone and it will be displayed at CES this year.

In a public statement announcing their preliminary fourth quarter 2017 results, GoPro also stated that it will exit the unmanned aerial vehicle or drone market after having laid off all its employees in their drone department last week and after selling the remaining Karma drone inventory.

Shenzhen-based HighGreat is showing off a couple new drones at CES 2018 this week, both of which target the middle-to-low end of the consumer drone market — which is currently dominated by DJI with its Mavic and Spark. The drones go by the names “Mark” and “Hesper”, respectively,  and both fold up a la the Mavic, making them portable, light, and easy to carry.

Kudrone, a Chinese drone maker that you probably haven’t heard of, quietly announced a brand-new second generation drone at CES 2018 called the Kudrone V. The company said that the CES show floor, today, is the first time that the drone has been shown publicly.

The Lily in its second generation is also present at CES. We covered them some time ago. It seems that there is not much news to reports on this time around. The Lily drone can be seen at the Mota booth in the Palazzo Expo Center.

It seems that Parrot will not be present at CES 2018, which is really unfortunate.

The new DJI OSMO Mobile 2 has been the big news from the famed Chinese drone maker this week, but DJI isn’t the only company releasing new handheld camera stabilizers. One similar product being shown off at CES is dubbed the Removu K1, and it tries to differentiate itself with a small display for making sure you’re always getting the perfect shot.

Ryze with the new Tello drone

Seagate just announced the LaCie 2TB DJI CoPilot, a portable external hard drive specifically designed for drone pilots when they are out in the field. According to Seagate, 2TB should be enough for about 65 hours of 4K video footage at 30fps or around 20,000 RAW photos.

AEE Aviation Technology Inc. and SELFLY Camera LLC have partnered to launch the Selfly, a smartphone case, and drone in one. While the drone-case will not fly with the smartphone still attached, the idea is that you carry your phone, and thus your drone, with you at all times, allowing you to take selfies from new heights and angles. The Selfly was announced at CES 2018.

Last year at CES, UVify introduced the Draco racing drone. This year they are introducing the Oori, a 60MPH micro racing drone. The Oori is much smaller and lighter than the Dacro quadcopter. In fact, it is so small it easily fits in the palm of your hand. The small form factor promises very fast and agile flying ability. The Oori is aimed both at beginning drone pilots as well as speed addicts. According to UVify the Oori is very easy to fly and can be flown safely indoors with the use of the lock-on, pop-off propeller protectors.

During the CES 2018 event in Las Vegas, the Volocopter 2X, an 18-rotor air taxi drone, made its debut flight. Volocopter works closely together with Intel and after the tech giant completed their keynote presentation, the taxi drone to make its short first flight over the stage. Granted it was a very short flight but the first, nonetheless for Volocopter in North America.

The Yamaha YMR-01 features an interesting rotor design with six arms but eight rotors. The double rotors in the middle are called“vertical coaxial” rotors. Yamaha states that the design of the drone is to create the most effective downward air currents for optimal application of pesticides. Smart.

They are a featured exhibitor at the CES2018. Yuneec introduced three new drones at the Consumer Electronics Show (CES) in Las Vegas. The first one, and possibly the most important one, is the Typhoon H Plus, a successor to the Typhoon H that was launched in 2016. Besides the Typhoon H Plus, Yuneec also launched a fixed-wing drone, named the Yuneec Fixed Wing Firebird FPV. Lastly, they also introduced a new budget-friendly HD racer, a first for Yuneec.