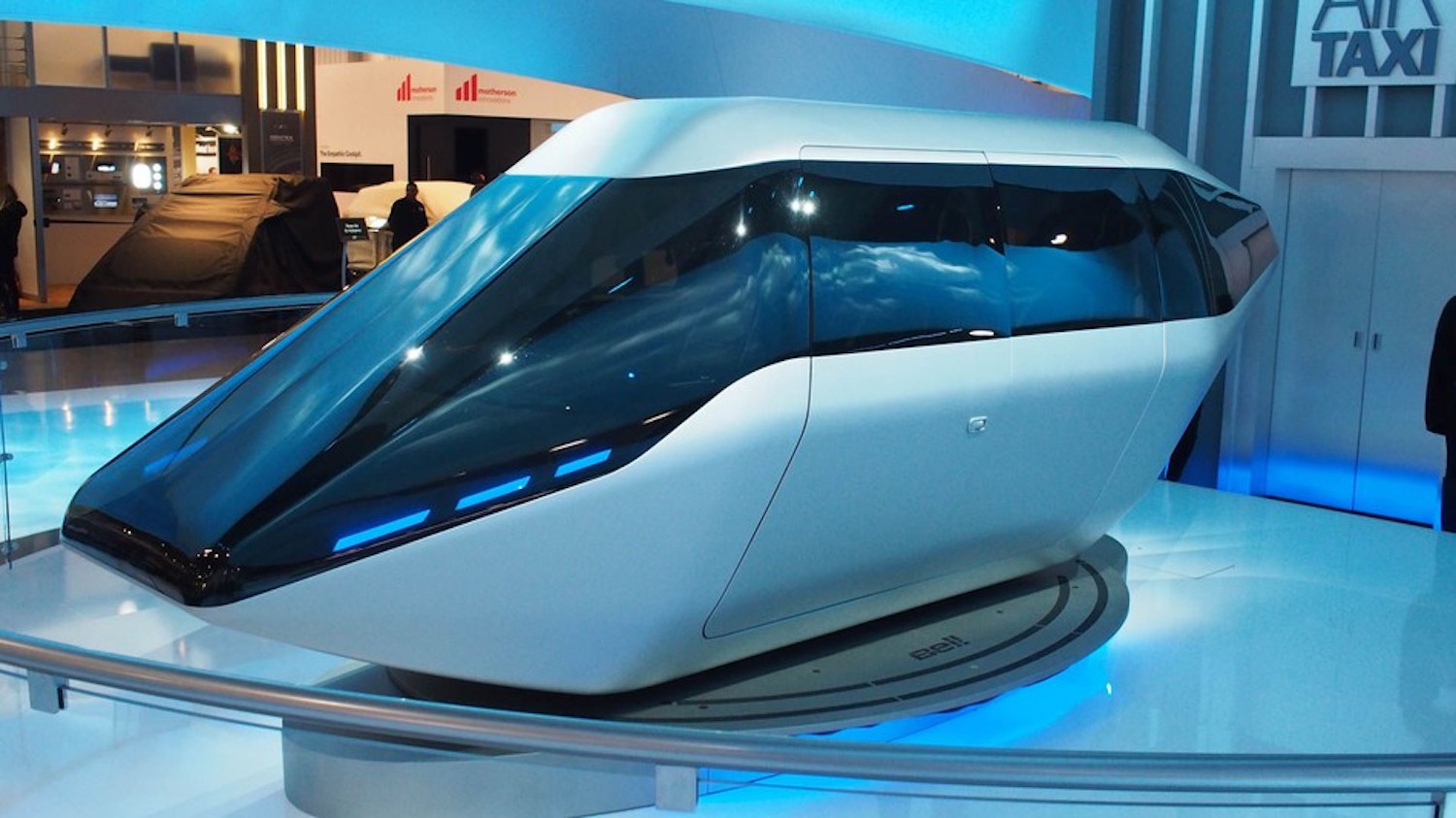 Uber and Bell Helicopter are showing off a four-passenger taxi drone simulator at CES this year. The drone is meant to fly people from A to B on fixed routes, for instance from a train station or parking garage to an airport. The drone can be flown manually by a pilot or it can fly itself. Neither Uber or Bell offered any details on the propulsion system, unfortunately. We do know however that it has VTOL capability, i.e. vertical take-off and landing.

Uber air taxi is an experience

One of Mashable’s writers had the opportunity to get into the Uber/Bell taxi drone and had this to say about the experience:

Then I got a ride in the cab of Bell’s beast, which was a real mock-up, at least. In each seat was an HTC Vive, and after putting one on, I was soon taking a virtual ride over the skyline to the local airport. While in flight, the simulation had a few sample user experiences, showing what it would be like to get news highlights, view a map, take a FaceTime call, and a couple of other things. In a few minutes, the aircraft landed at a dedicated heliport at the airport, and showed a message that I had saved 45 minutes over taking a car.

Of course, there are a few hurdles to overcome before we see air taxis throughout our cities. Some of those obstacles are regulatory whereas others are more practical. The two main concerns people seem to have are safety and noise. Uber/Bell is trying to overcome the safety concerns by implementing several safety mechanisms or a ‘multi-failure system’ as they like to call it. Again, we have no information on what this actually means as nothing was disclosed on the propulsion system for this particular taxi drone. As far as noise is concerned, Uber/Bell are trying to make this drone as quiet as possible to overcome any such concerns. 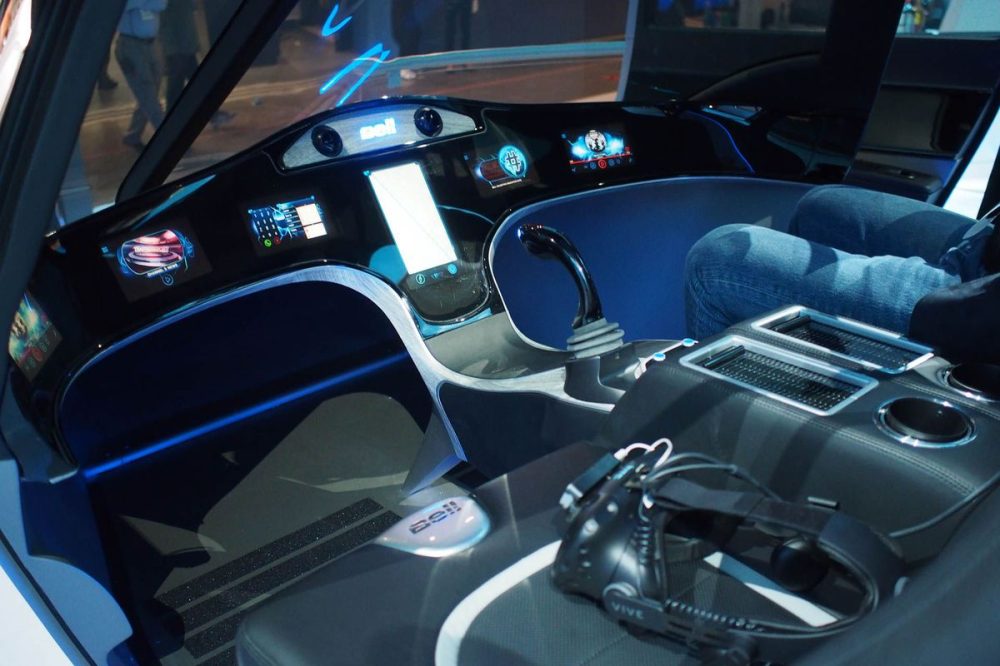 Air taxi space is getting crowded

The taxi or passenger drone space is getting pretty crowded already and Uber/Bell are not alone. Other competitors include the Volocopter, which had its first flight in Dubai recently. The Ehang 184 personal drone, the Autonomous Passenger drone, and Workhorse’s Surefly taxi drone, that is supposed to be demo-ed for real (no simulator) at CES 2018. 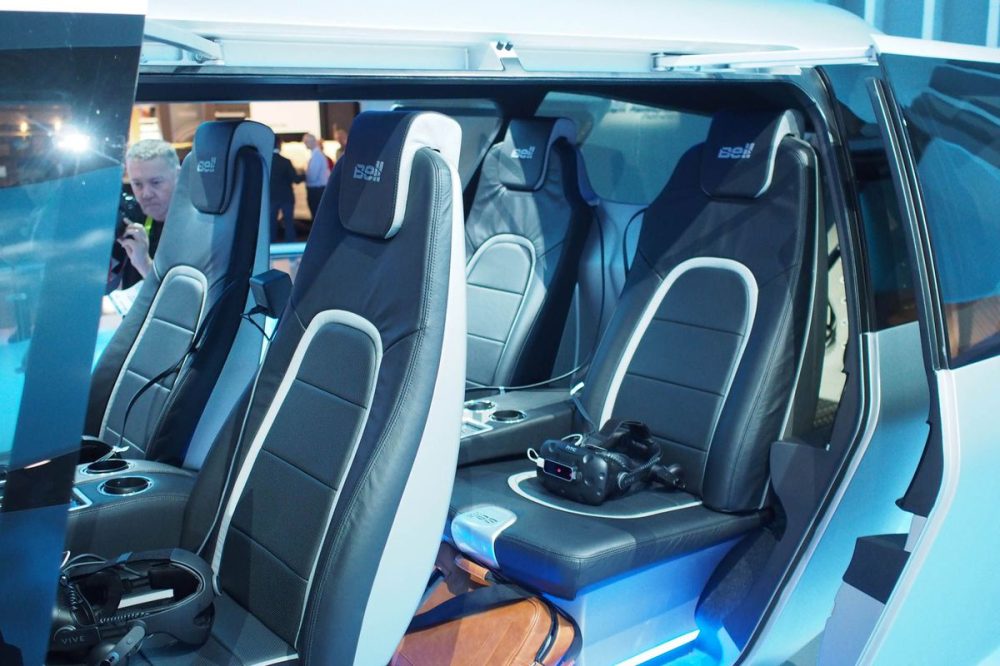 We will keep you posted here on DroneDJ as more taxi drone news comes out. What do you think about using drones for people transportation? Are you in the camp of people who can’t wait for this to become a reality or are you more cautious and see taxi drones as a nuisance? Let us know in the comments below.