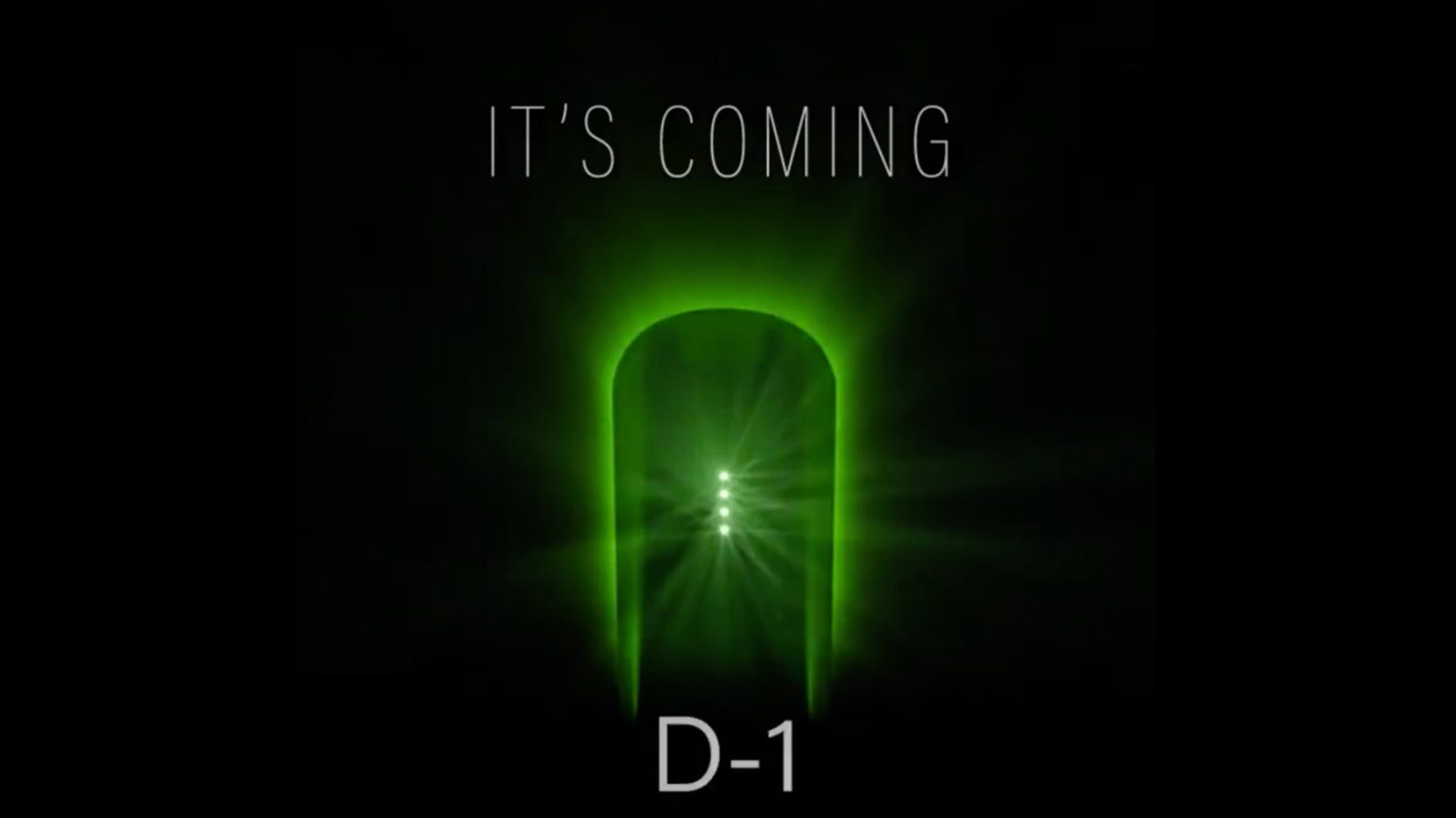 Back in April, we first reported on the French drone maker. Parrot being up to something. Well, tomorrow will be the day of the official announcement. In a tweet earlier today, Parrot is talking about ‘It’s coming’ and your life taking ‘a new flight’. They also refer to tomorrow’s event as ‘the big announcement.’ DroneDJ will be reporting live from the event that is scheduled to take place in New York at 10 am EST.

Of course, the big question is, what will Parrot reveal tomorrow? In their latest tweet, the company provides a little bit more information. In the short video clip, they seem to show the top of a battery with 4 LED lights indicating its level of charge. Also, the green pulsing light reveals a little more of the shape of the ‘battery’. It has somewhat of a profile. Similarly to DJI’s teaser image of the Mavic Air, it is very difficult to make out anything more than this.

In the tweet itself, the French drone maker gives a little more information away. The company talks about ‘It’s coming’, ‘your life takes a new flight’ and ‘the big announcement’. This would lead you to believe that it would have to be a new flagship drone model.

A brief history of Parrot’s drones

Parrot started with the Parrot AR.Drone back in 2010, that was introduced in Las Vegas. Later on, the French drone maker launched a version 2. In November 2015, Parrot showed off the Parrot Bepop 2 in San Francisco. A year later, the French drone maker launched the Parrot Disco FPV, a fixed-wing drone. And last year, the company introduced the Bebop 2 Power and the Mambo FPV race mini-drone, as well as the Parrot Bluegrass aimed at the agricultural market, which we reported on recently when Pix4Dcapture was introduced. Just like DJI, The French drone manufacturer has been aiming at the commercial drone market with the introduction of the Bebop-Pro Thermal, a dedicated thermal drone aimed at first responders and search and rescue operators.

WHAT COULD IT BE?

In our previous post, we included a short poll to see what you think this may be and the majority voted for a successor to the Bebop 2. We believe you are probably right, but we will not know for sure until tomorrow at 10 am. Stay tuned!

D-1before your life takes a new flight. Few hours left before the big announcement! Keep an eye on this feed tomorrow ! #ItsComing pic.twitter.com/qkXX4d1mr4