Watch this DRAGON drone work its way through an opening autonomously 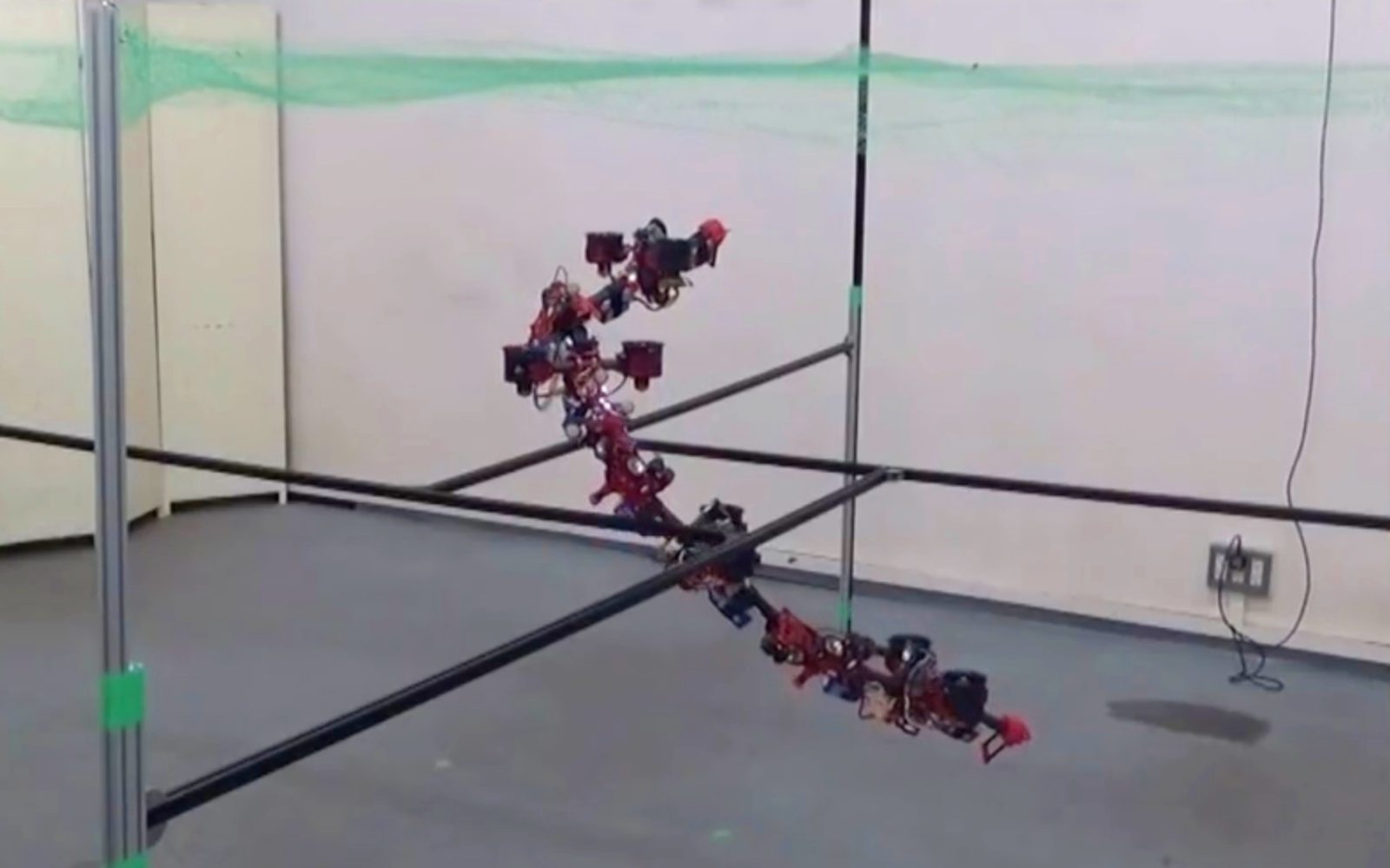 Imagine you need a drone to get into a space for inspection purposes, for instance like they did at the Fukushima power plant. what kind of drone would you use? A very small one, that can fly through openings? That would probably be limited in flight time or other operations that require more battery power. A caged-in one, that bounces of walls and obstacles? That might get stuck or may not be able to perform inspections or pick things up. Or an autonomous flying drone, like the Skydio R1? That might work but may not be able to works its way through small or narrow openings. The roboticists at the JSK Lab at the University of Tokyo came up with a different approach, called the DRAGON drone which basically is autonomously flying arm that can twist and turn its way through openings.

The DRAGON transforms itself

The self-flying drone is called the DRAGON, which stands for “Dual-Rotor Embedded Multilink Robot with the Ability of Multi-Degree-of-Freedom Aerial Transformation” You’re right, the abbreviation to DRAGON might seem a little far-fetched but an accurate description nonetheless of what this device is capable of. The unmanned aerial device is able to analyze the spacial restrictions and transform itself to ultimately work its way through it.

The DRAGON has been developed by roboticists from the JSK Lab at the University of Tokyo and consists of a series of linked modules each with a pair of ducted fan thrusters that can roll and pitch to maneuver the drone in any possible direction. It is driven by Intel’s Euclid software development kit (SDK) and has a flight time of 3 minutes. The batteries are mounted on the ‘spine’ of the drone. This particular prototype is made up of four modules but that can be extended to as many as 12 interlinked modules. 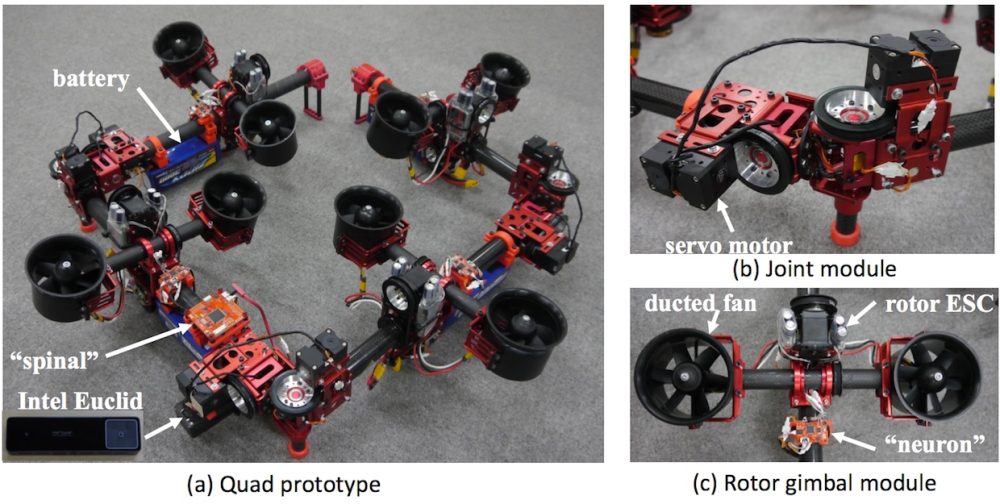 IEEE Spectrum: The DRAGON prototype has four links (a) connected through joints (b) powered by servo motors. Each link carries a pair of ducted fan thrusters (c). A flight control unit (labeled “spinal”) with onboard IMU and Intel Euclid sits on the second link. Each link has a distributed control board (labeled “neuron”), with the ducted fan rotors controlled by electronic speed controllers (rotor ESC).

According to IEEE Spectrum, the DRAGON, which was presented at ICRA 2018 in Brisbane, Australia, can transform autonomously in a variety of different shapes, such as a square box, straight line, ‘L’ shape and more complex 3-dimensional shapes like a zig-zag or spiral depending on the spacial restrictions it needs to overcome. Once the drone is where it needs to be, it can use two-fingered grippers attached to each end to pick things up.

JSK team member, Fan Shi describes the DRAGON as “a breakthrough in hardware design which, in a beautiful way, connects a manipulation arm with a ducted fan-driven aerial robot,” and “an ideal platform for aerial manipulation.” The team of roboticists from The University of Tokyo that worked on the DRAGON consists of Moju Zhao, Tomoki Anzai, Fan Shi, Xiangyu Chen, Kei Okada, and Masayuki Inaba.