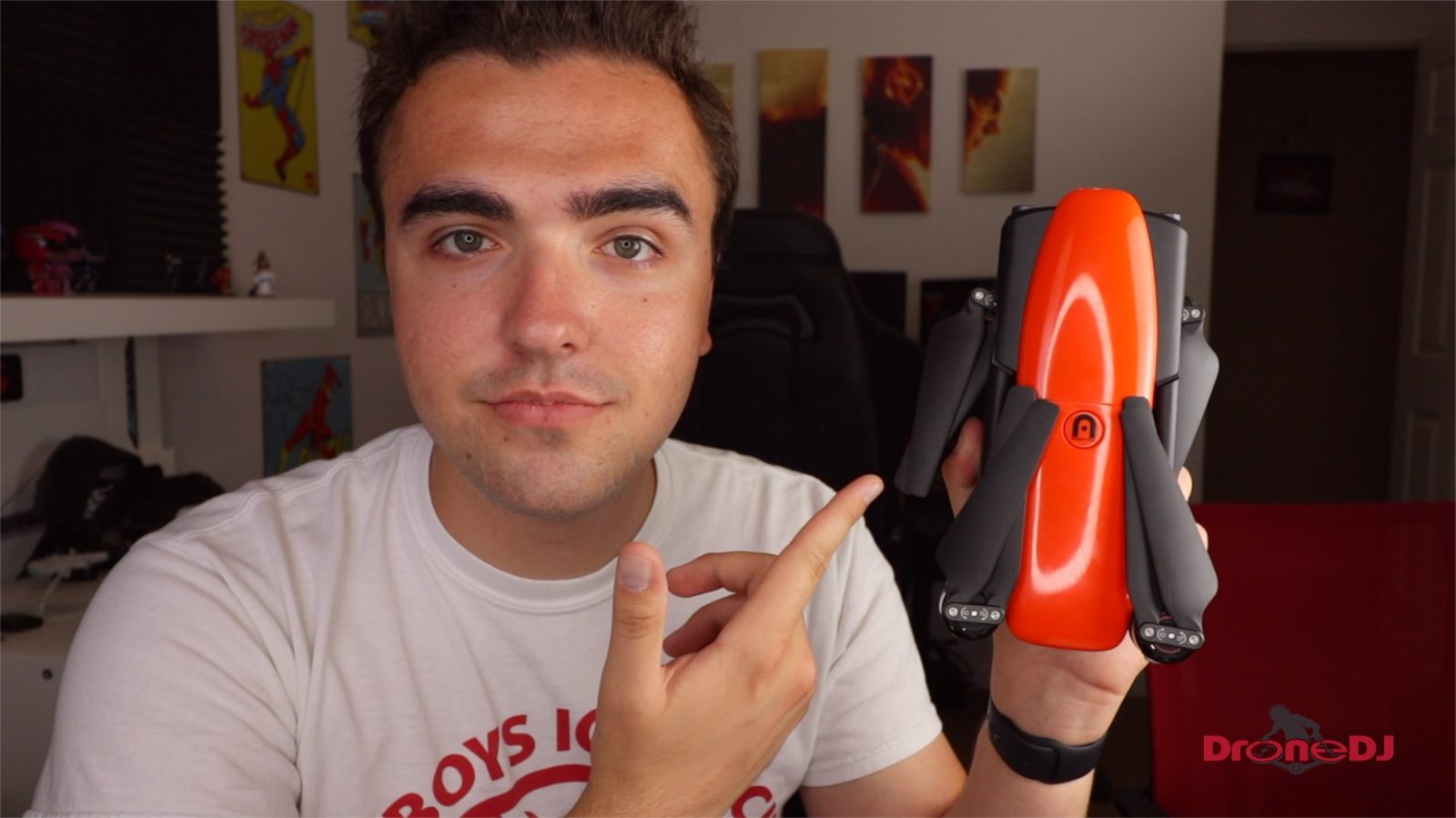 Six months after I first got my hands on the Autel Evo at CES 2018, I finally got the opportunity to fly it. It’s not because I was busy flying other drones… but it’s because Autel took that long to bring their foldable drone and Mavic Pro competitor to the market. The official launch of the Evo was last Monday, June 25th and I am going to try and look past its rocky launch because the drone itself is really impressive. Here are some of my first impressions upon getting the drone out and spending some time flying it.

Evo has the best camera on the smallest drone

The quality of the images coming from the Autel Evo blew my mind as soon as I plugged the micro SD card into my computer. I had flown all the way down to Florida to get an early look at the Evo and being able to capture all of the beautiful scenery that state has to offer with this drone makes me wonder why I lug my Phantom 4 Pro around with me.

Comparing the spec sheet of the Evo’s camera to the Phantom 4 Pro’s shows that they are so close to being similar. Both can shoot in 4K at 60fps and 1080p at 120fps, both have a maximum bitrate of 100Mbps, and both have incredibly high dynamic range. The major difference is the big, 1-inch sensor inside of the larger camera carried by the Phantom. Autel’s Evo shoots with a compact sensor that can’t hang when shooting in low light, but otherwise, it’s really hard to tell the difference between these two drones. Don’t believe me? Take a look at some raw footage shot with the Autel Evo.

With a couple of hundred miles flown under my belt with the Phantom 4 Pro, you could say it is my favorite drone out right now. This is because the camera shoots incredible footage and the performance never leaves me hanging. If I was instead someone that worried more about image quality and portability, I would be going with the Autel Evo. Its camera is just that good.

Before I move on I have to discuss one weird attribute about the camera. The field of view is wider than any drone I have flown at 94 degrees. This is something you really have to take into consideration because some people like a camera that lets you fit more into the frame while others might not. This has also led to some issues like the propellers showing up in the video and not to mention the awful horizontal tilt that is said to be fixed in an upcoming firmware update.

All-in-all, this camera is the best part about this drone. If all you care about is great images for a great price, look no further. The Evo is the one for you. 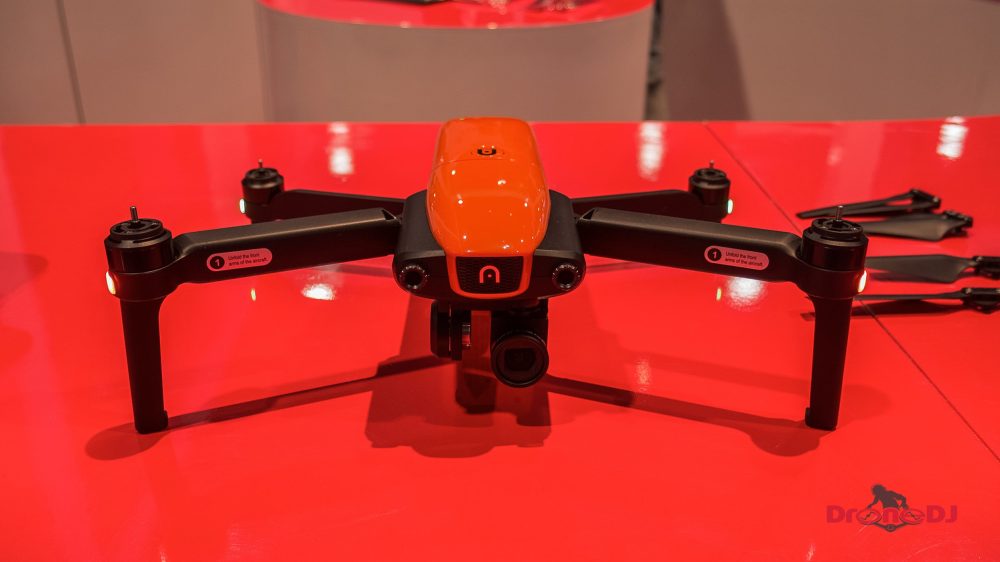 Any controller with a built-in screen makes it instantly good in my book. I have been spoiled with the screen on my Mavic Pro remote, so every time I fly my Phantom 4 Pro, I truly miss it. The telemetry data it shows is so valuable especially when the sun is too bright or when your mobile device runs out of juice.

The Autel Evo’s remote packs a 3.5 inch OLED screen that gives you the option of viewing just flight data or a real-time first-person view from the camera. It offers 330 nits of brightness which does alright in the sunlight and I think that having the mobile device placed above the controller is a much better than in between your hands, but overall it just feels so bulky. The design of the drone itself is implemented in the remote with large curves adding to its unergonomic design and my fingers always rest on the back buttons leading to accidental presses.

My complaints on the remote are very minor, it is so close to being perfect, but overall it gets the job done with its helpful built-in screen. 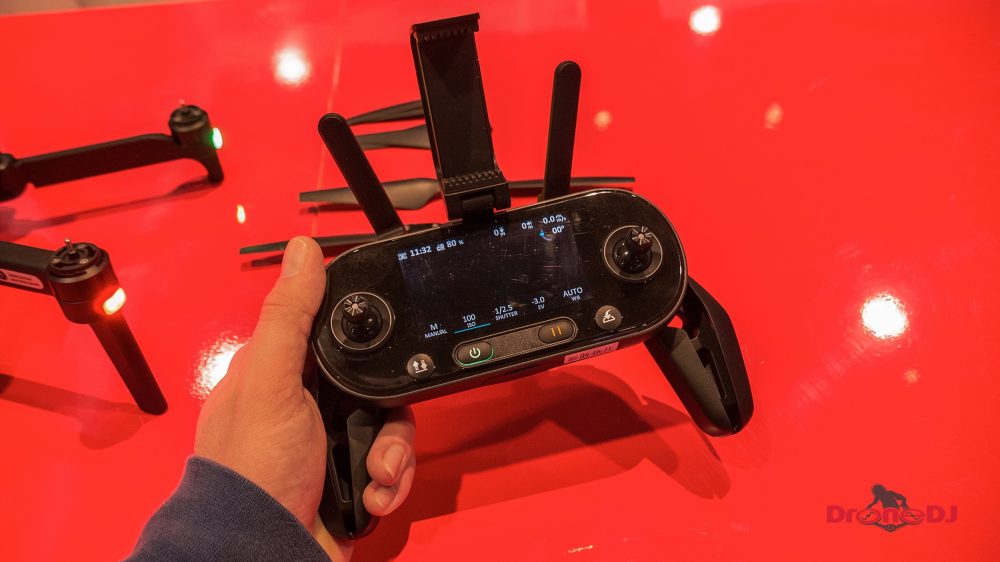 The incredible spec sheet that does not deliver

The spec sheet given by Autel pits this drone against some of the big players in the industry like the Mavic Pro and Phantom 4 Pro, both of which are two years old and still dominate the market. The Evo’s specs are seriously impressive, the only problem is Autel’s foldable drone doesn’t meet the mark on most of them. From tests I have run I can confirm that most of them fall short. Here is a brief summary:

With a 4300 mAh battery Autel claims the Evo can fly for 30 minutes. In my tests I found that the drone actually only flew for 21 minutes and 50 seconds. Once the battery hit 15% the drone automatically landed. I conducted this test alongside the Mavic Pro inside of a controlled environment where wind was not a factor. Despite the Mavic Pro having a smaller battery at 3830 mAh, it was able to stay in the air for 23 minutes and 20 seconds. That is 1 minute and 30 seconds longer than the Evo.

Autel claims the Evo can fly a maximum distance of 4.3 miles (7km) but we all know these distances given by drone manufacturers reflect results from optimal conditions. The truth is, because the image transmission system is WiFi based you can expect a lot of interference in crowded areas. This means a some breaking up in the video feed and less range. The maximum distance I achieved was 1.8 miles in a moderately populated area which I find to be plenty. How often do you really need to fly 2+ miles?

The Autel Evo comes with sport mode… well, it will come with sport mode that allows flight speeds up to 45mph. Right now the max speed is 34mph although I have squeezed out 37mph, again this falls short of their posted numbers. I would have expected a final version of the firmware to be out after its release thus unlocking faster speeds in sport mode.

Autel missed the mark on a few of these specs that had such high promise from their sheet listed on their website. I sure hope they can rectify this in some later firmware updates.

The final verdict on Autel’s Evo

This drone is great, the specs are top notch even though Autel came in a little too high, the camera is absolutely phenomenal, and the design truly competes with the Mavic Pro… but you should skip it. The Mavic Pro boasts better performance all around, is overall smaller and sleeker, and can be picked up for sub $800, if you are willing to purchase a refurbished unit. The camera can’t even compare, but you can save quite a good bit of money.

An even bigger reason to hold off on buying the Autel Evo is the announcement from DJI just around the corner on July 18th. This is said to be a drone release that will likely make Autel’s drone look like last year’s drone. If you want to read more about that upcoming event, check out some of our articles discussing the current rumors.

Do you guys think the Evo is good enough to give DJI a run for its money in the portable drone space? Let us know what you think down in the comments section below.

Special thanks to Ken Dono from his YouTube channel “originaldoBo” for letting us take a look at his Autel Evo early!