Could the new DJI Mavic Pro II (2) have an optical zoom lens. Leaked photos indicate it might 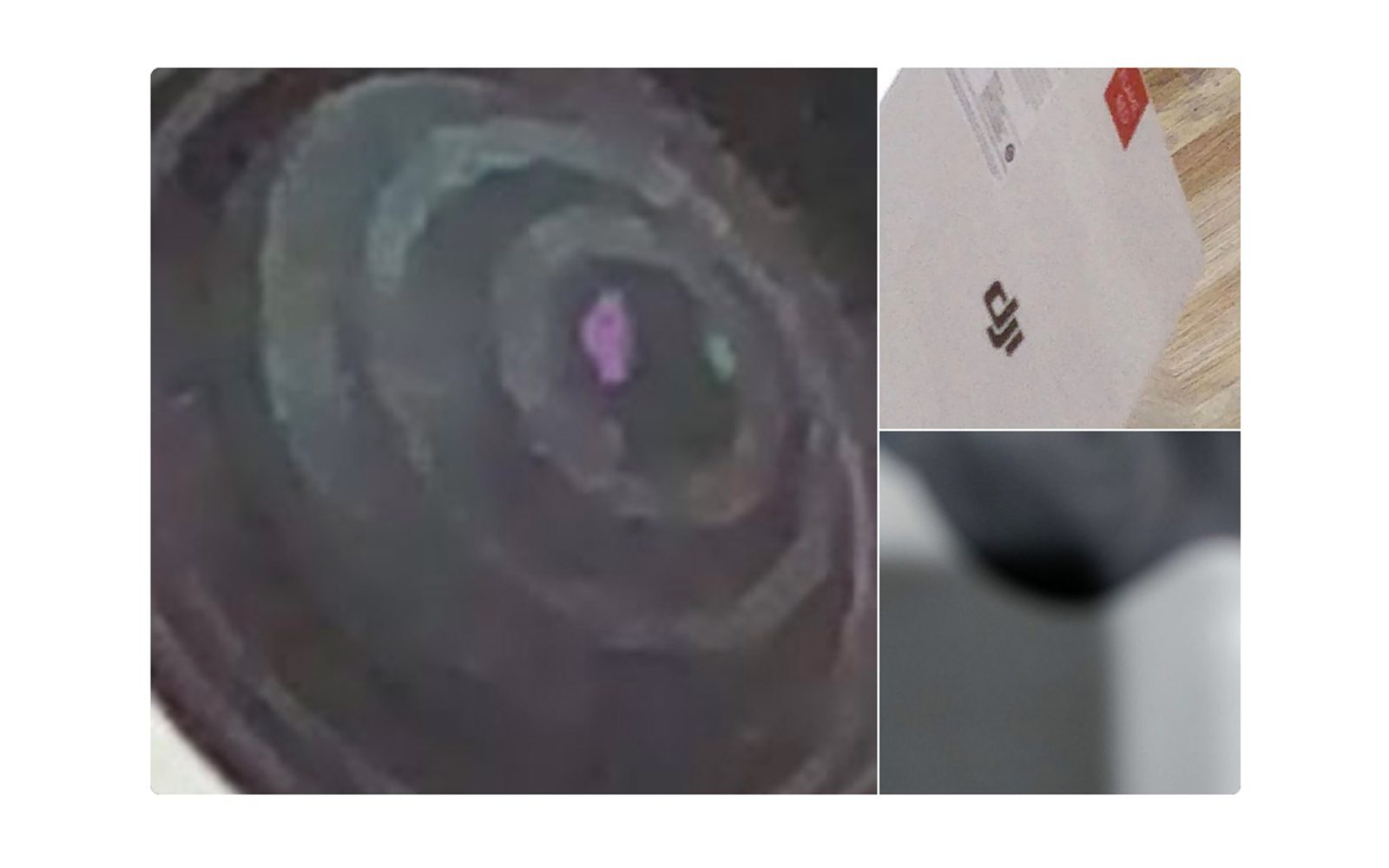 Even though, DJI just postponed their July 18th event “See the Bigger Picture”, some lucky few have already signed NDA’s and have had hands-on experience with DJI’s new drone, that is widely expected to be the successor of the DJI Mavic Pro. Unfortunately, so far any concrete information on the new unmanned aerial system has been hard to come by, but just a few hours ago our ‘friendly leaker’ posted some photos on Twitter that may show on optical zoom lens as one of the main features of the new drone.

Our friendly leaker, @OsitaLV just posted these three very grainy photos on Twitter. Two photos show a lens with what might well be moving components such as you’d expect to find in an optical zoom lens. The third photo seems to show the back of a DJI packaging, indicating that @OsitaLV, or whoever took the photos, has had the product in hand.

Of course, the first thing that will come to many people’s mind is, whatever, this is @OsitaLV again. He might be playing games with us. But then again, he might not be.

Grainy and crappy as these photos might be, the packaging looks like it would be authentic and an optical zoom lens for the DJI Mavic Pro II (2) would be a real step up from the current Mavic Pro and it would also be a clear differentiator between the MPII and the DJI Mavic Air. It would also make a lot of sense if indeed the DJI Phantom 5, which the company suspiciously denied is in the works, would have an interchangeable lens system with 15, 24, 35, and 50mm prime lenses. It would position the Phantom 5 with better image quality from prime lenses above the DJI Mavic Pro II (2) but still well below an Inspire 2 + Zenmuse X7 combo. And, outfitted with an optical zoom lens, it would make the DJI Mavic Pro II (2) the ultimate adventure travel drone for serious photographers and videographers.

Too bad that the Chinese drone maker just decided to delay their “See the Bigger Picture” event as I’m sure many of you, myself included, would have loved to take a new DJI Mavic Pro II (2) with an optical zoom lens with them during their summer vacations.

We asked DJI when we might expect the event to take place, but they could not give us any indication as to when that may be rescheduled. We received the original invite on June 15th for a select press/media event on July 11th and the official event on July 18th. If DJI would give reporters a similar advance notice for the rescheduled event, it would mean that even if they would send out the invite today, we would probably be looking at the second week in August. However, this does not factor in any time the company needs to address the problem they are currently dealing with. In a scenario where the problem gets resolved quickly, a rescheduled event might take place in the second half of August, but if there are any serious complications, we may well be looking at a September date for the rescheduled event. Now that is anything but ‘Epic‘.

Just for fun and to kill some time until DJI’s rescheduled product release, please take our poll and let us know if you think the DJI Mavic Pro II (2) will likely have an optical zoom lens. Thank you!

So, what is it, drone lenses? pic.twitter.com/SaGqbN5qYN

What do you think about these photos? Let us know in the comments below.