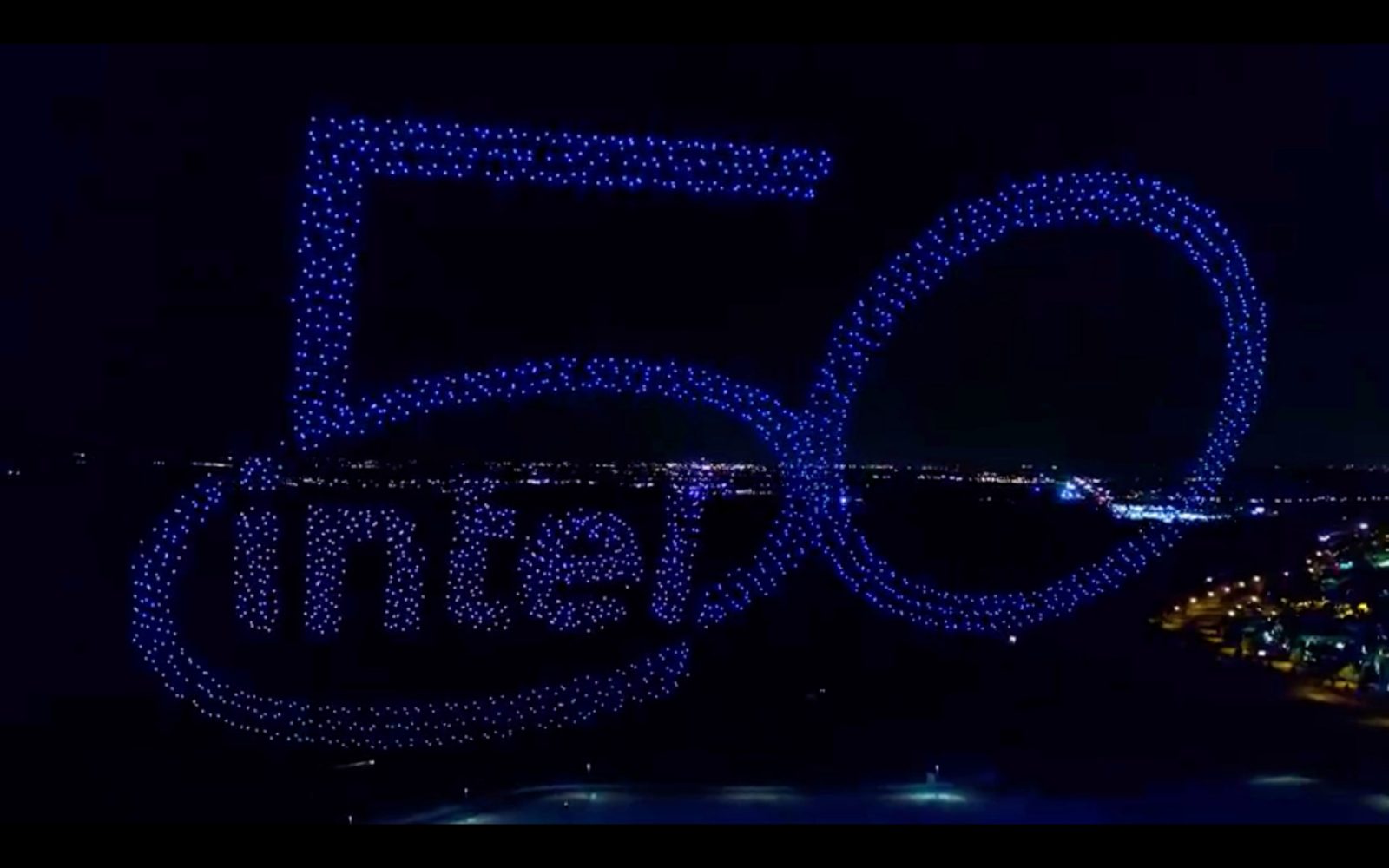 To celebrate their 50th anniversary Intel lit up the skies over their Folsom, California facility with a record-breaking 2,018 Shooting Star drones. This is not the first time we have seen Intel put up drones shows. They have done it before at locations such as the Bellagio in Las Vegas, CES, Coachella, Pride, Johannesburg and most famously the 2018 Winter Olympics in Pyeongchang, South Korea, breaking records along the way. More recently, Intel has been getting competition from Ehang, that held the previous record with a display of 1,374 drones.

The Shooting Star drones are specifically designed for the light shows. The quadcopters feature a Styrofoam core and a flashing LED light that is able to display four billion color combinations. They weigh less than 12 ounces each and can fly in winds up to 18 mph.

Intel latest show was about eight minutes long and the drones displayed 3D images such as a rotating world globe, firework-like spheres, a dance party and Intel’s 50th-anniversary logo. The drones are purposely designed for entertainment, but the hardware and software required to make it all work is a technological achievement that requires a team of drone engineers and animators. All the drones are piloted by one person and a computer running Intel’s drone software.

According to Cheung, “it’s telling a story in the sky and really painting a picture of what your story is on a huge blank canvas and these are just 3D points of lights that you can move around.” 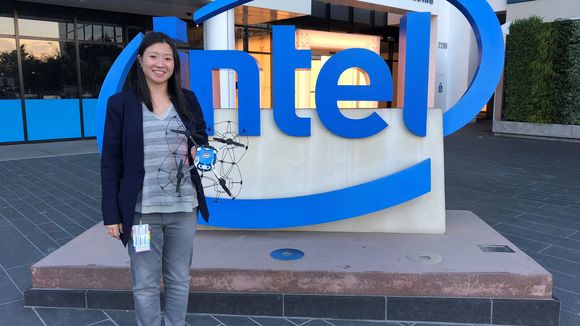 Natalie Cheung, general manager of Drone Light Shows at Intel with one of the “Shooting Star Drones.”

Intel’s drone team is looking for other commercial applications for their drone technology and Cheung believes that especially Intel’s ability to fly multiple drones from one control point offers new possibilities, saying that:

“The multiple drone pilots is really important. If there’s one drone looking for you for search and rescue, it’s not as effective as having multiple drones look out for you.”

What do you think about intel’s Shooting Star drone shows? Are they a real alternative for fireworks? Let us know in the comments below.