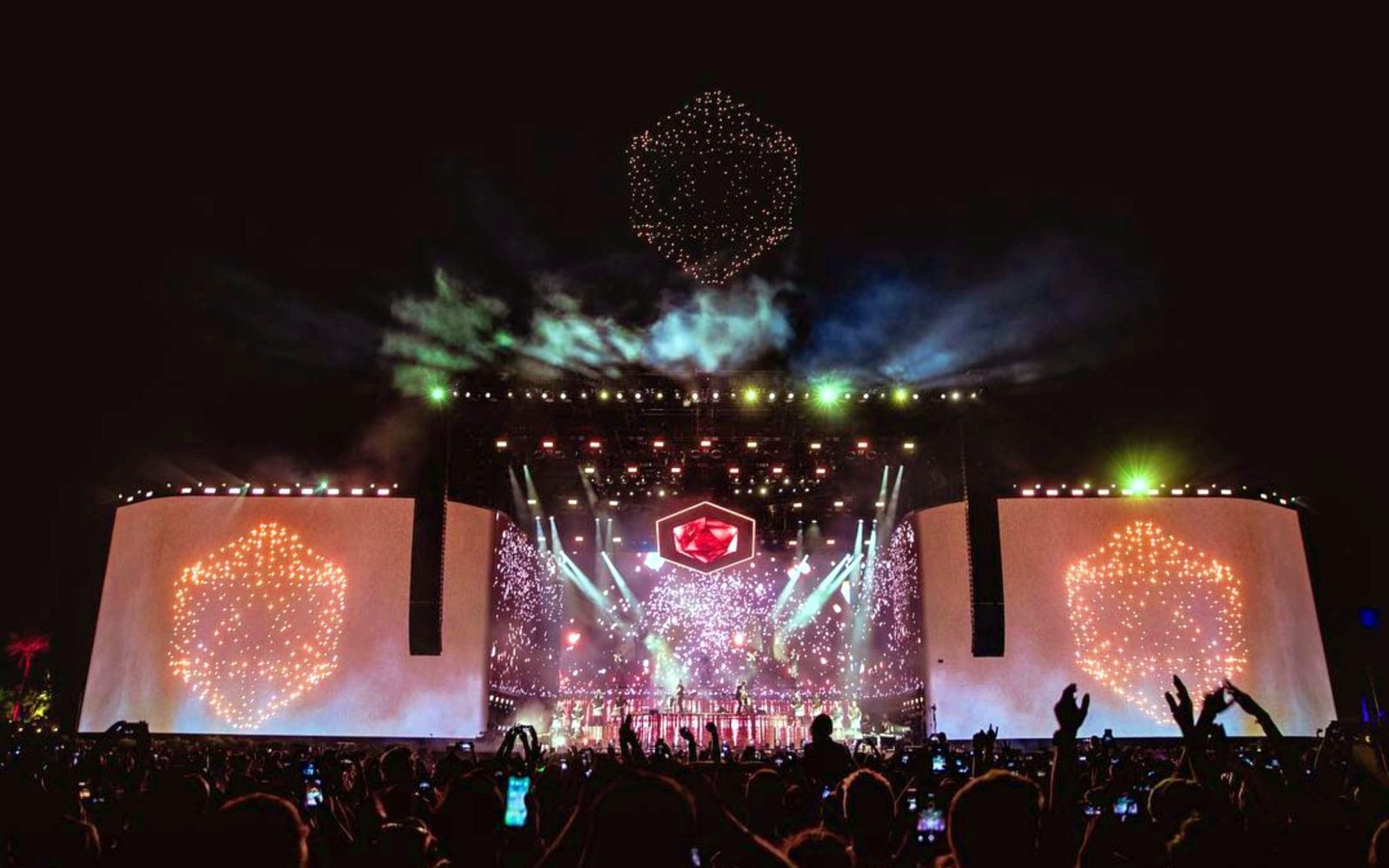 For the second year in a row, Intel brought their drones to the Coachella Valley Music and Arts Festival. This time it was a live drone show instead of a pre-recorded one. The 420 Shooting Star drones were part of ODESZA’s act last Sunday and flew in a synchronized fashion to create ODESZA’s geometric logo in the sky in a spectacular fashion.

420 drones create the ODESZA logo in the sky

Intel’s Shooting Star drones appeared as a surprise act during ODESZA’s show last Sunday. In what may be a first, the 420 drones created the geometric logo of the Seattle duo above the stage, live during the performance. Most other drone shows from Intel were pre-recorded.

The lightweight drones are able to emit more than 4 billion colors with their LED lights and are custom built for entertainment purposes. With specially developed software from Intel, one pilot is able to fly all the drones at ones. The drones can stay in the air for about 20 minutes depending on temperature and weather conditions.

The 420 drones that lit up the sky was not the largest number of drone that Intel has flown at once. That honor goes to the show the technology company performed during the 2018 Winter Olympics in Pyeongchang, South Korea.

Intel views the drone light shows as an alternative to the more traditional fireworks.

Intel does more with drones than just light shows. The tech giant is also involved in wildlife research and supplies some of the technology in the Tello toy-drone.

Coachella! Thank you to the @intel drones powered by @hp! Last night was incredible. @coachella 📸: @jbajsel

What do you think of Intel’s drone light shows? Do you think that may one day overtake fireworks? Let us know in the comments below.