Yachting World recommends five of the best drones but leaves out the DJI Mavic Air and Parrot Anafi but includes the Karma. Really? 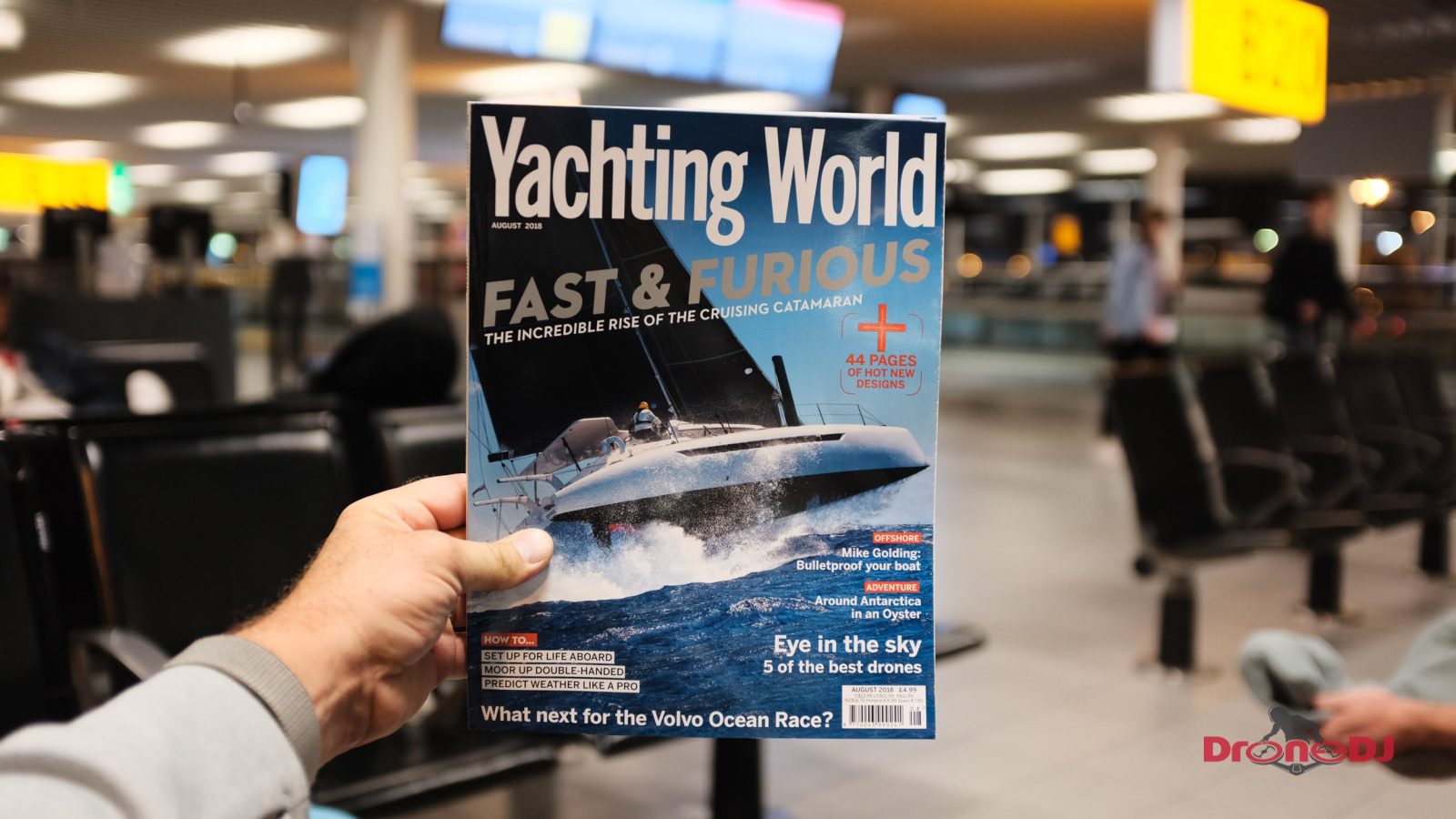 The August edition of Yachting World features an article called “Eye in the Sky” that promises to bring you five of the best drones in 2018. The drones included are the: DJI Mavic Pro, Parrot Bebop 2 Power FPV, DJI Spark, Parrot Mambo, and the GoPro Karma. Interestingly enough the DJI Mavic Air is missing from their selection even though that is still the most recent addition to DJI’s product line-up. Parrot’s latest drone the Anafi was also left out. They did include the Karma, however, even though GoPro itself has discontinued their troublesome drone earlier this year. Let’s take a quick look at the article.

The August article of Yachting World tells us that drones can be an excellent way of getting aerial footage or photos of your boat or yacht without the need for an expensive helicopter.

The five best drones for yachtsmen according to Yachting World in partnership with TrustedReviews are the DJI Mavic Pro, the Parrot Bebop 2 Power FPV, the DJI Spark, the Parrot Mambo, and the GoPro Karma. To be honest this is quite an interesting selection as it leaves out two of the most modern drones: the DJI Mavic Air and the Parrot Anafi. The article does, however, include the Parrot Mambo, which is not great for photography or videography and it includes the discontinued GoPro Karma that has a tendency to fall out of the sky.

In the description of the DJI Mavic Pro, the Mavic Air is quickly mentioned but we feel that especially that drone should have made the list of the five best drones of 2018. The same goes for Parrot’s Anafi, which is also a great, small lightweight foldable drone that many of our readers prefer over the Mavic Air. It seems to make no sense to include the Mambo but leave out the Anafi.

The DJI Spark made the list which seems to make sense as an easy-to-fly ‘beginner’ drone that can be had for a much lower price than the Mavic Pro or Mavic Air. The Spark ‘only’ delivers HD 1080p video quality but does take great photos.

The article’s top pick ultimately is the DJI Mavic Pro which we believe would be a great drone as well to take with you when cruising, however, the DJI Mavic Air and Parrot Anafi would have been equally great options as both drones are small, foldable, pack great specs and features. All three drones handle really well in high wind situations (20-25 mph winds). 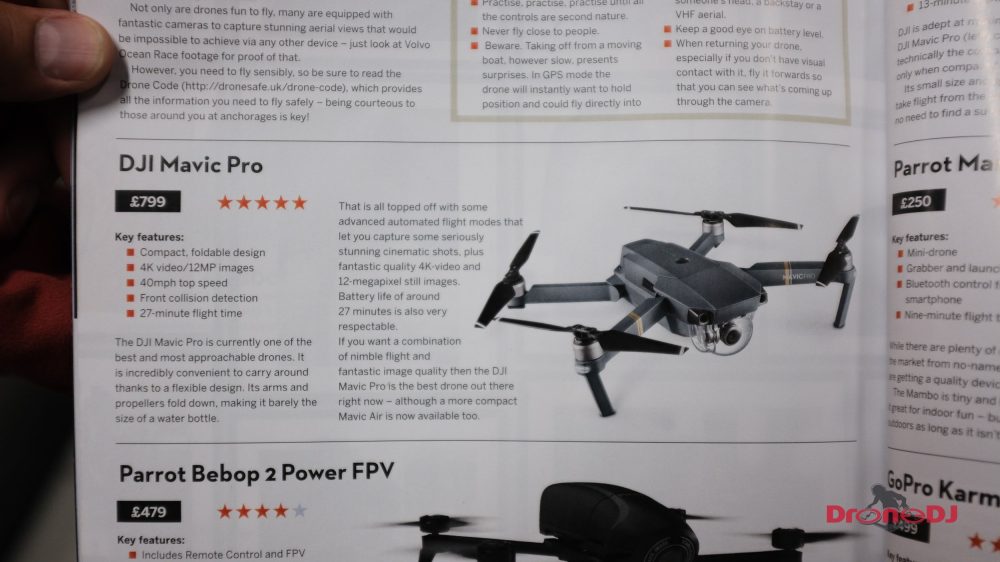 One thing to consider though that also is not mentioned in the article is the upcoming release of the DJI Mavic 2 Pro and Mavic 2 Zoom. These two drones will be announced on August 23rd and will very likely be a little more expensive but will offer the latest and greatest features, so you may want to wait another 9 days to find out what may really be the nest drones of 2018.

Lastly, the Phantom 4 is left out of the article which may be one of the best drones to take with you onboard as it handles incredibly high winds and it offers large landing gear that makes it ‘easy’ to launch and land the drone by hand as you can see here in amazing footage that was shot during the Volvo Ocean Race earlier this year. It would be hard not to recommend the Phantom 4 Pro for yachtsmen who demand the best and have a budget to match it.