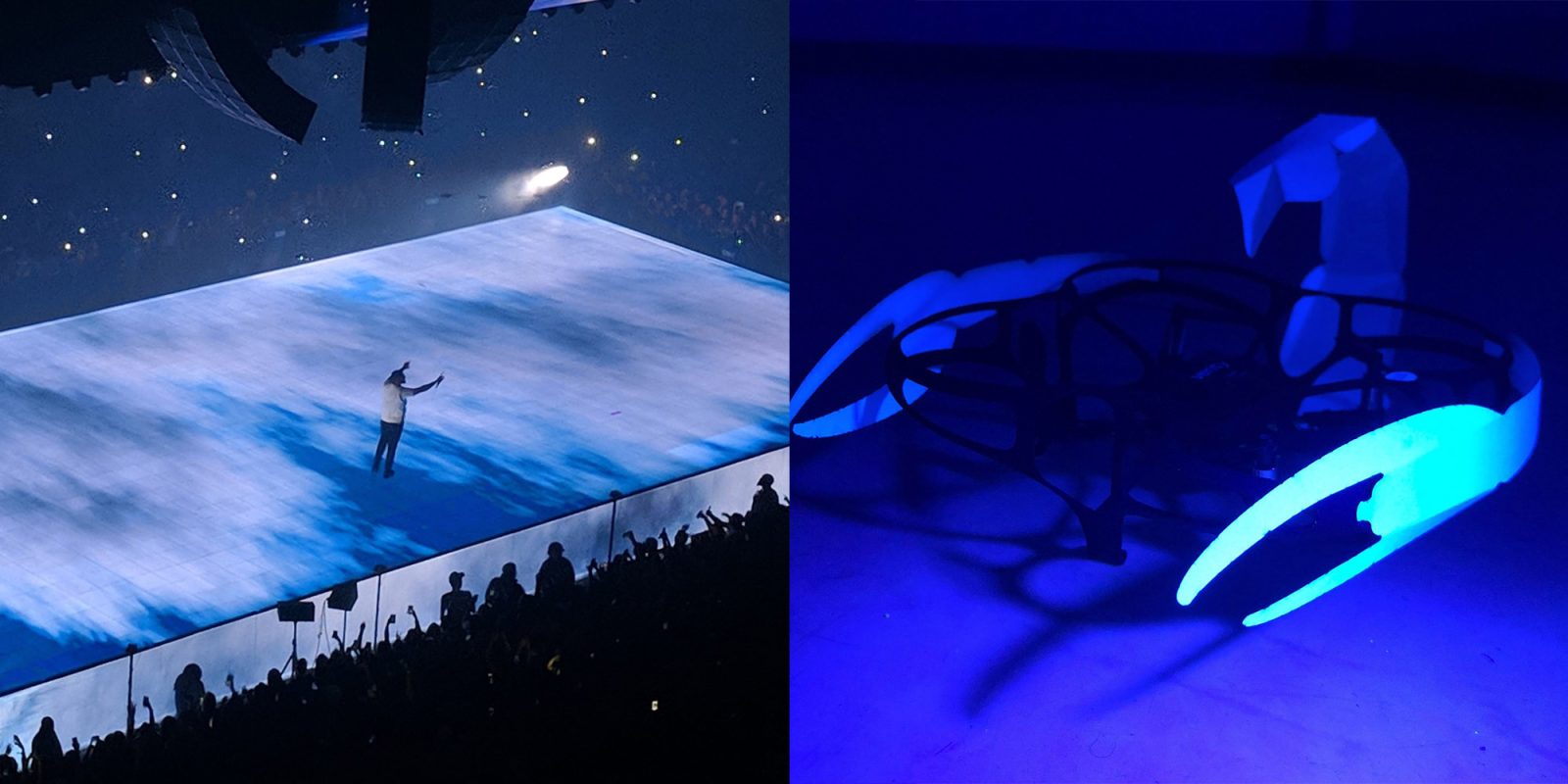 Drones are becoming more popular to bring a new dimension to events. We have seen them being used during large outdoor events, concerts, fashion shows, during a performance of Cirque du Soleil and now also during Drake’s 2018 Aubrey & the Three Migos Tour. The Lucie micro-drones from Swiss company Verity Studios dance with Canadian rapper Drake during the songs Elevate and Look Alive. Elevate, a song on Drake’s new album Scorpion opens with the little drones flying around Drake to create a cloud of lights. During the song Look Alive the drones form a red 3D cross that rotates around the Canadian artist.

All you see is magic

According to Raffaello D’Andrea, founder of Verity and co-founder of Amazon Robotics, the Lucie drones are solely operated by the Drake tour staff and perform their aerial choreographies autonomously. He continues to say:

“People often describe technologies they’ve never seen before as ‘magic’. This is also how people talk about our drones when they see them live for the first time. By bringing robotics and AI to live events, we are creating magic. It’s spectacular to see a swarm of drones performing a perfectly synchronized aerial ballet without a single drone pilot in sight. Of course, what’s powering this performance is advanced technology, but when you sit in the audience, all you see is magic.”

“When the Drake team approached us, they said they wanted something that had never been seen before. Our drone choreographers worked in partnership with Drake’s creative team to come up with various concepts for the show, like geometric shapes and drone tornadoes, before deciding on the final choreographies. What the teams created together is visually stunning. We relish pushing the boundaries of what’s possible with our technology when pursuing our clients’ creative vision.”

Check out some of the footage from Drake’s show in Detroit with the drones flying around the stage.