Glaciers dramatically lit up at night by a drone 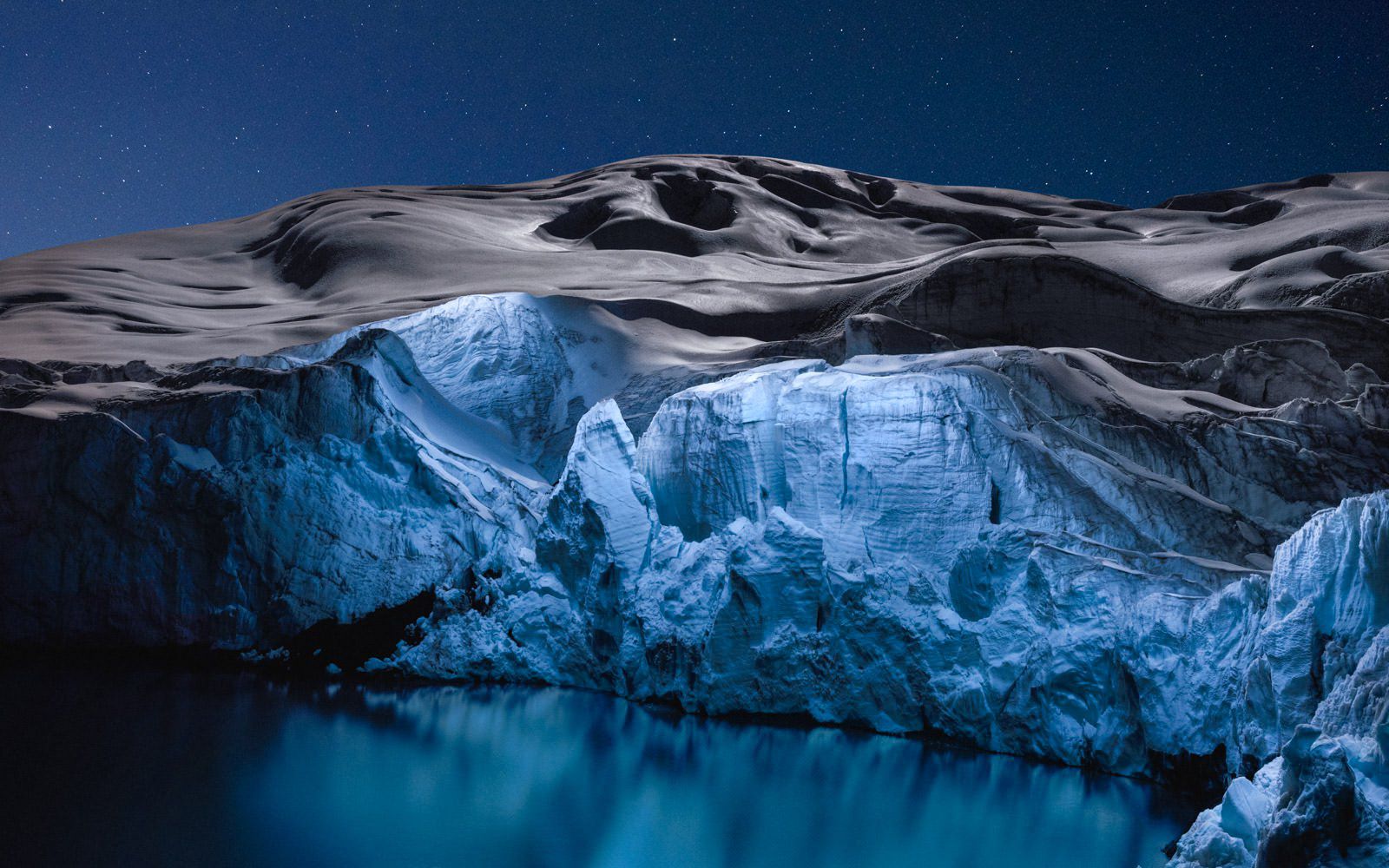 Photographer Reuben Wu has been using drones in very creative ways to light up mountains and display signs in the air. This time he traveled to Pastoruri in South America to photograph glaciers that were lit up at night. Reuben uses a drone outfitted with Lume Cubes to light up the scenery. This results in very dramatic photos of glaciers like you’ve never seen before.

Freezing temperature made it hard to fly a drone

“At 17,000ft [5,250m], it was a physical challenge to reach the glacier, compounded by the fact that I was shooting at night and under freezing conditions,” Wu tells PetaPixel. “This glacier is receding at a shocking rate due to climate change and as a result there has been a huge drop in tourism and an impact on the local community. With this series, I felt like this was an attempt to document an endangered landscape which may not exist in a decade.”

As a result of the freezing temperatures, Wu would lose sensation in his fingers, making it difficult to fly his drone and operate his camera. The batteries in his equipment also suffered tremendously because of the extreme temperatures. Wu’s project was sponsored by Coors Lite and the 4-minute video shown below was part of the Great Big Story. The video is titled Terminus and is part of Wu’s Lux Noctis series in which he uses a drone outfitted with LED lights to light various landscapes. At some point in the video, he even crashes the drone.

“I photographed the glacier with conflicting feelings,” Wu says. “I wanted to show evidence of its alarming retreat, yet I was drawn to the epic scale of the ice which remained. In the end, I leaned towards the latter, but each photograph represents a bleak reality, a fading memory of what once stood.”