Drone used to restore communications after landslide in Scottish Highlands 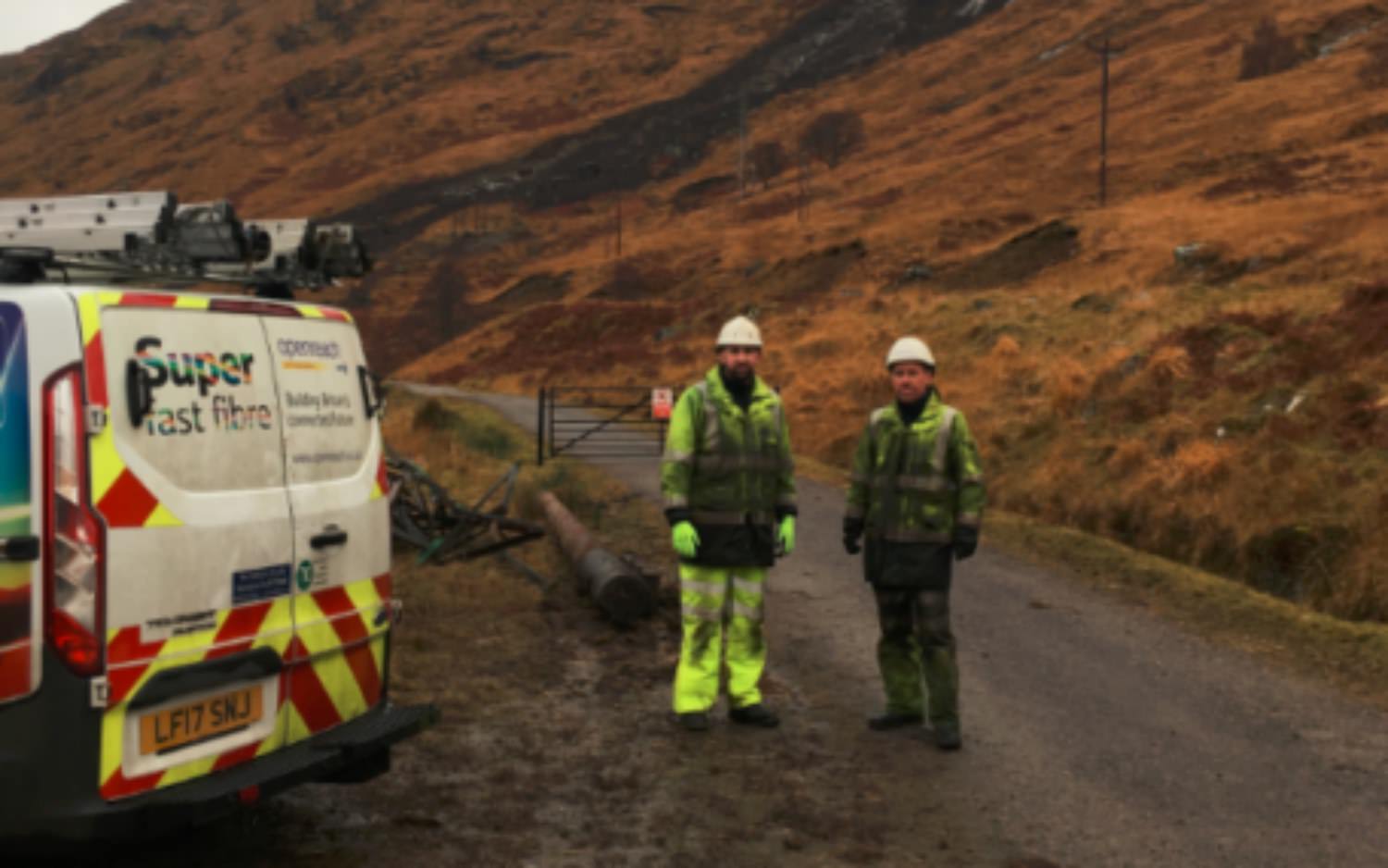 Engineers in Scotland used a drone to restore communications after a massive landslide cut off a remote Highland community. A road outside Kinloch Hourn was completely destroyed after a landslide dumped 9,000 tons of soil and rock on it from 2,500 ft.

Engineers used a drone to restore communications by flying a cable over the safety exclusion zone around the landslide to where the base of the Quoich Dam is. They were then able to connect the new cable to the existing network.

Even though the landslide had occurred on November 12th, it wasn’t until this week before a fault in the phone line was reported.

In the Press and Journal, Fraser MacDougall, Openreach operations manager for Highlands and Islands, said:

“As there is no mobile reception at Kinloch Hourn, the radio link is the main means of communication and summoning help in emergencies. It was important to get it restored so that residents have access to services while clean up and stabilization works are completed. It initially looked impossible due to the exclusion zone and road closure, but then we hit on the idea of using the drone.”

During the DJI Airworks convention, a spokesperson from the Southern Company explained how they used drones to pull a rope to restore power lines after hurricane Maria in Puerto Rico. You can watch that video below.