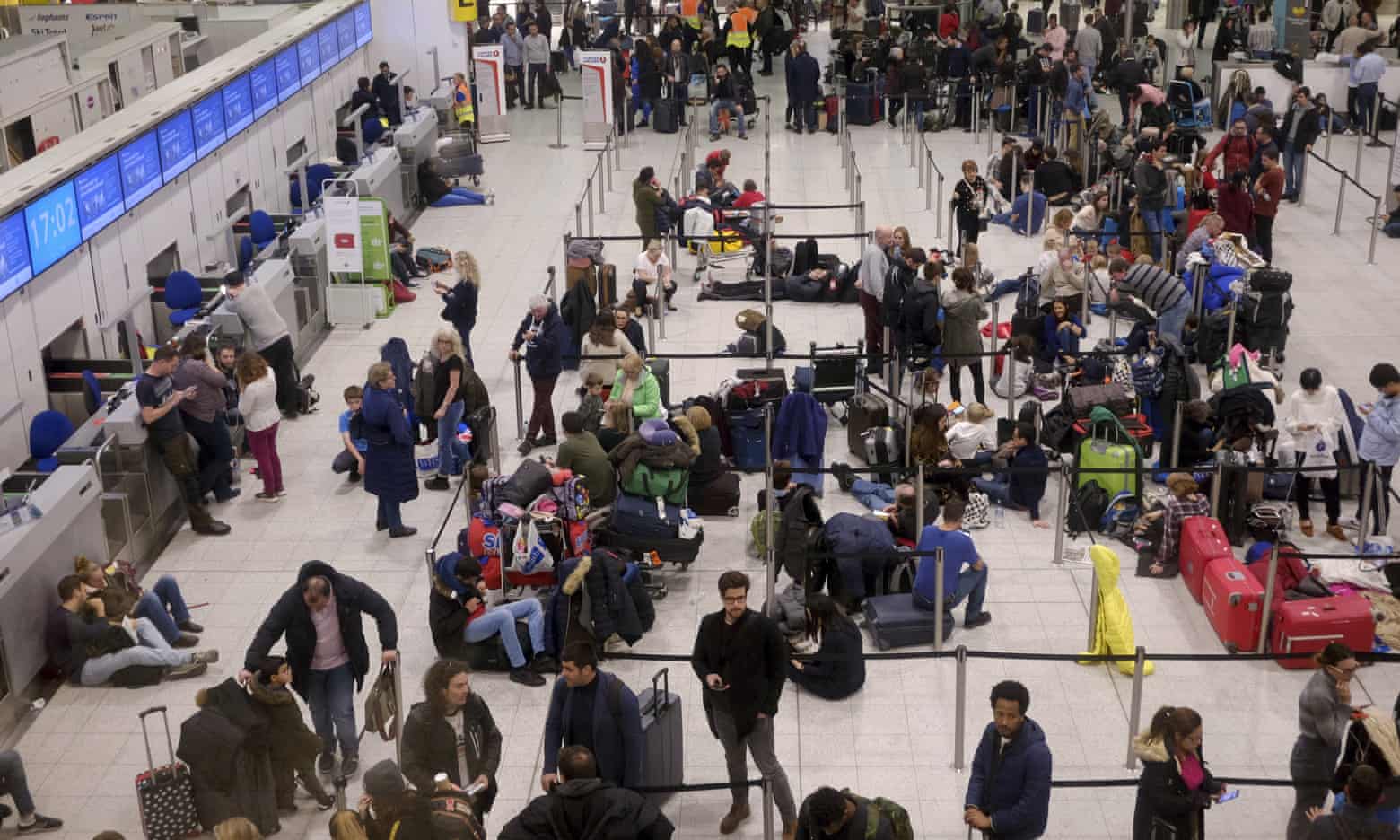 As we move into the third day of drone chaos at Gatwick Airport, we learned that there have been over 50 sightings of the unmanned aircraft on Thursday and that the drone was spotted ‘within the last hour’ later in the day. The drone chaos at Gatwick started Wednesday evening and lasted all of Thursday. Now officials say that the airport will remain closed at least until Friday morning 6 am local time. The drone chaos continues and Gatwick remains closed going into Friday. Read below the latest details of the mess that has now affected more than 350,000 people according to some reports.

Drone spotted ‘within the last hour’

The drone chaos that started on Wednesday and lasted all of Thursday caused hundreds of flight to be canceled and thousands of travelers were left stranded not only at Gatwick but also at many other places around Europe. According to the Guardian: “the number of canceled flights today now stands at 657 out of 760 that were scheduled,” affecting more than 106,000 travelers. During the day on Thursday, we learned that the police had asked for the army to come in and support their activities. There have been reports of snipers getting ready to take the drone down.

From the Guardian again:

Det Ch Supt Jason Tingley said that firearms could be used to shoot down the drone. Mr Tingley said the use of firearms “will be within our suite of tactical options available to us going forward. The assessment earlier on today was that we wouldn’t be using firearms and capability to deal with the drone. This is a continually reviewed process so you will know and have seen that we have firearms officers deployed today.”

DJI has officially announced that they would support the local police and investigators. This was followed later with a tweet that showed DJI’s Aeroscope system being used near the airport. And, of course, the first voices were heard calling for more stringent rules and regulations for drone pilots in the UK, especially around airports.

As far as the drone involved, we still have no clarity on the make and model of the aircraft. Some have said that it was not a regular of the shelf consumers drone. That it was in fact much larger and more of an industrial type drone.

“Officers believe the aircraft is “larger than a domestic drone”. Speaking outside the South Terminal, Mr Tingley said: “We don’t know what the drone specification is. Our working assumption is it’s larger than what someone might buy online, we think it may have been adapted and developed. We’re working through CCTV footage and trying to identify the make and model,” as reported.

To everybody’s surprise, the drone was seen again late in the day on Thursday and has been spotted by at least 50 people throughout the day. Whoever is flying the drone seems to be very committed to disrupting air traffic in and out of Gatwick Airport. On the other side, law enforcement officials are also very committed to catching the person or persons behind the deliberate disruption of Gatwick Airport. Flying your drone close to or over an airport is punishable with up to five years in prison.

Under the current laws in the UK, drones are not allowed to operate within 0.6 miles from airports. Many industry officials have been calling for at least a 3.1 miles exclusion zone.

As of yet, police have yet to find the drone pilot.

#GatwickDrones | Earlier we appealed for information. We thank everyone for their help but we ask that information shared with us is focused on the identity or location of the #drone operator. We are employing all available options to deal with the drone.

Drone chaos continues and eco-warriors are blamed by some

The latest news is that eco-warriors might be behind the deliberate disruption of Gatwick. From the Telegraph: “environmental protestors were suspected of orchestrating a drone attack that shut down Gatwick airport amid questions over how they could wreak chaos for 24 hours.” See also below.