Your mail delivered by drone over 60 miles [video] 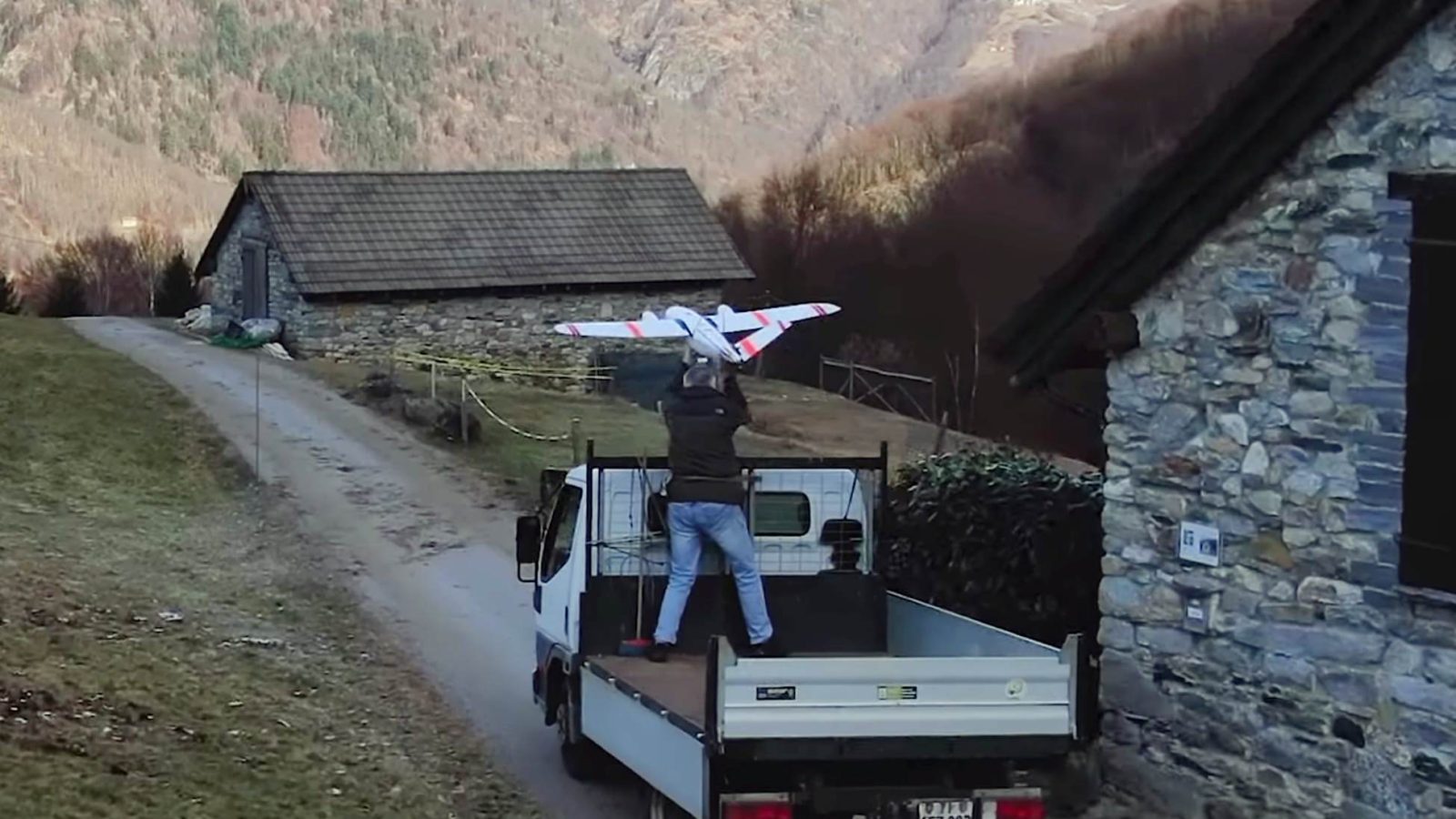 Can you imagine, your mail delivered by drone over 60 miles? This is what happened the last month in Switzerland when a Swiss-built fixed-wing twin-engine drone delivered mail from Centovalli to Wolfenschiessen over a distance of about 60.8 miles in 1 hour and 15 minutes. This story comes with a breathtaking video that shows you how the drone used its anti-collision systems (FLARM, a Swiss anti-collision system) and GPS tracking to navigate its way over the mountain passes, reaching a maximum altitude of 10,656 feet. After flying for more than one hour at an average speed of 48 mph the fixed-wing drone had about 45% battery left. Visual line of sight was maintained with the use of a spotter airplane that followed the drone for the entire journey.

Fyi – we have seen more tests in the past that took place in Switzerland, for instance, this one where 100 deliveries were made by drone in Zurich.

Your mail delivered by drone over the Swiss Alps

“Thanks to the development of technology and the ability of various professionals it was possible to realize a historical mission, unique in Europe and signed by a Swiss company. The objective was clear: to carry out a special aerophilatelic flight transporting 25 envelopes, stamped, signed and housed on board the drone.

After more than a year of tests, calculations and developments in every field relevant to this enterprise, the drone took off manually from Centovalli on 18 December 2018. The elaborate route also included spectacular passages, particularly along the Basodino glacier, passing through the pass of the Furka and Susten, through the mouth of the Titlis, until reach the landing point in Wolfenschiessen, in the canton of Nidwalden. A journey of 98 km along crests, peaks and spectacular glaciers, without the slightest hitch and from the effective duration 1 hour and 15 minutes, with a remaining autonomy sufficient even to return to the place of take-off.

A dream organized by Damiano Maeder, 30, a professional aircraft surveyor with drones (owner of the company Oblivion Aerial SA of Sant’Antonino – www.oblivion-aerial.ch) and a passionate aeromodellist for 18 years. Damiano has built and programmed a remote control aircraft, with the aim of demonstrating the actual potential of these jewels of technology.

A fascinating technique with incredible precision

The sensors and the on-board electronics have allowed a precise monitoring of the battery level, with an accurate piloting and GPS tracking by the autopilot unit. In addition, for the duration of the flight, a team on board a motor-glider has constantly monitored and kept on sight the drone, ensuring the safety of any other aircraft present along the route. For ground safety, instead, a flight path was studied, as short as possible and able to avoid densely populated areas, the proximity of airports and helipads and natural protection areas.

Part of the postal envelopes will be given to the people who have made this venture possible, to national and cantonal political authorities, to the Swiss Post and to the Lucerne Transport Museum, to whom the drone that made the historic flight will be donated.

A successful team for a special “air mail” flight.

With great enthusiasm they contributed to the realization of this fantastic feat: Silvano Tanghetti and Luca Balassi for take-off assistance, Giancarlo Mellini for piloting the motor glider, Luca Triangeli (Aces Air of Sondrio) for monitoring and back-up in flight operations , Andreas Schlapbach (FLARM Technologies) for assistance in the planning and advanced monitoring of the airspace, Dionys Frei (Dedicam GmbH) for assistance with landing, Remo Masina (Team BlackSheep Avionics) for piloting the landing drone , Ferruccio Vicari for programming assistance, Natale Sacchi (Aerofilatelia Voliamo) for philatelic coordination and Andrea Maeder for constant support in all operations.

What do you think about getting your mail delivered by drone? Do you see that happening anytime soon in the US? With the US Government loosening the drone regulations, it may be here sooner than you think.