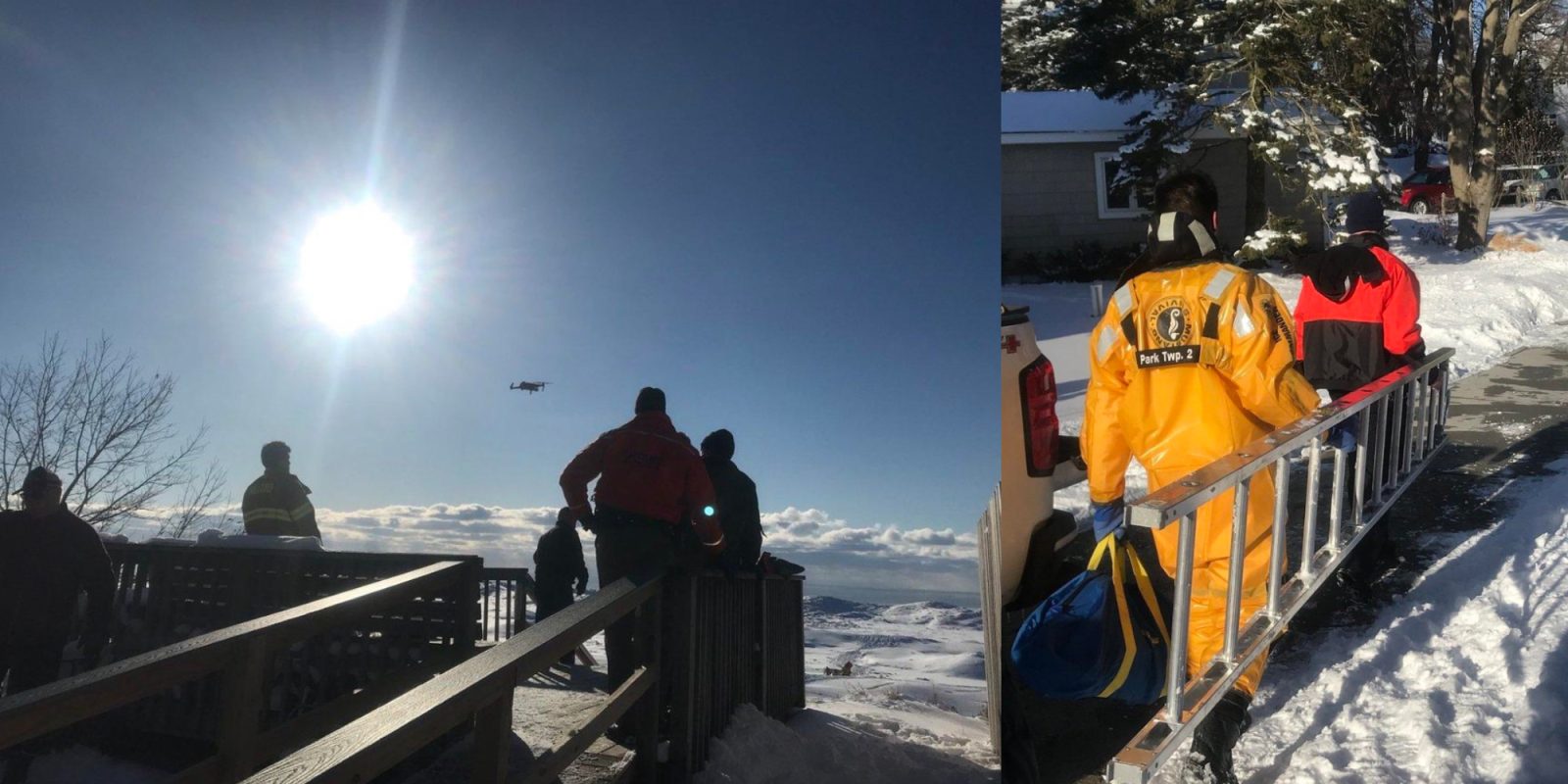 More stories of drones doing good this week! On Monday afternoon, a 15-year-old girl who was stranded on the ice of Lake Michigan was rescued successfully after being located with the help of a drone. Members of the Park Township Fire Department deployed a drone (a DJI Mavic 2 it seems based on the photos) to locate the girl. She was found at the bottom of a ledge about 1,000 feet offshore west of the observation deck on the shore of the Idlewood Beach neighborhood.

A neighbor had contacted the Ottawa County Sheriff’s Office after having seen a dog howling on the ice of Lake Michigan. The same dog had been seen earlier in the day walking on the ice in front of the Idlewood Beach neighborhood with the 15-year-old girl.

Members of the Park Township Fire Department could see the dog every so often from the beach, but they couldn’t locate the stranded girl. They then deployed the drone, which based on the photos seems to be a DJI Mavic 2, and found the girl stranded at the bottom of a ledge. She was about 1,000 feet offshore west of the observation deck on the shore of the Idlewood Beach neighborhood. As the drone approached her she reportedly waived. 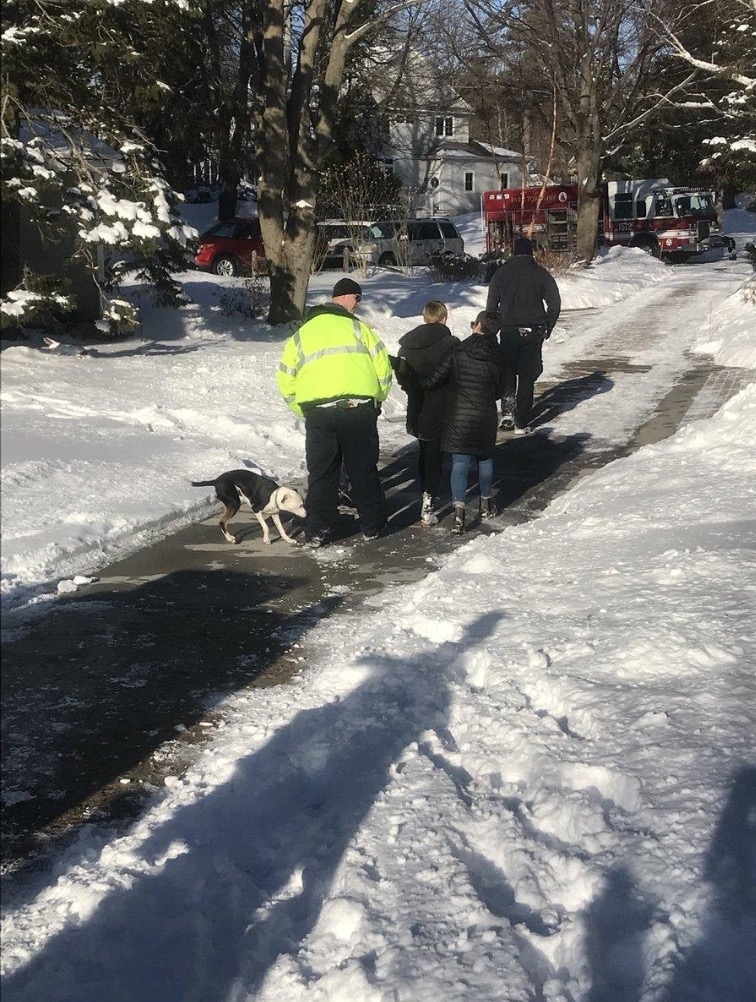 Members of the Park Township Fire Department and other rescue members were able to walk out on the ice to the girl’s location. They lowered a ladder and safely brought her back to shore in the late afternoon. The 15-year-old did not sustain any injuries nor did she enter the water at any point. Her dog also made it back to shore unscathed.

“It’s a very big and beautiful lake, but it can be unpredictable. It could have turned out worse.”

Marty Mulitz, a resident of Idlewood Beach said that incidents like this happen every year. Mulitz said she had seen the girl slide down the ice formation.