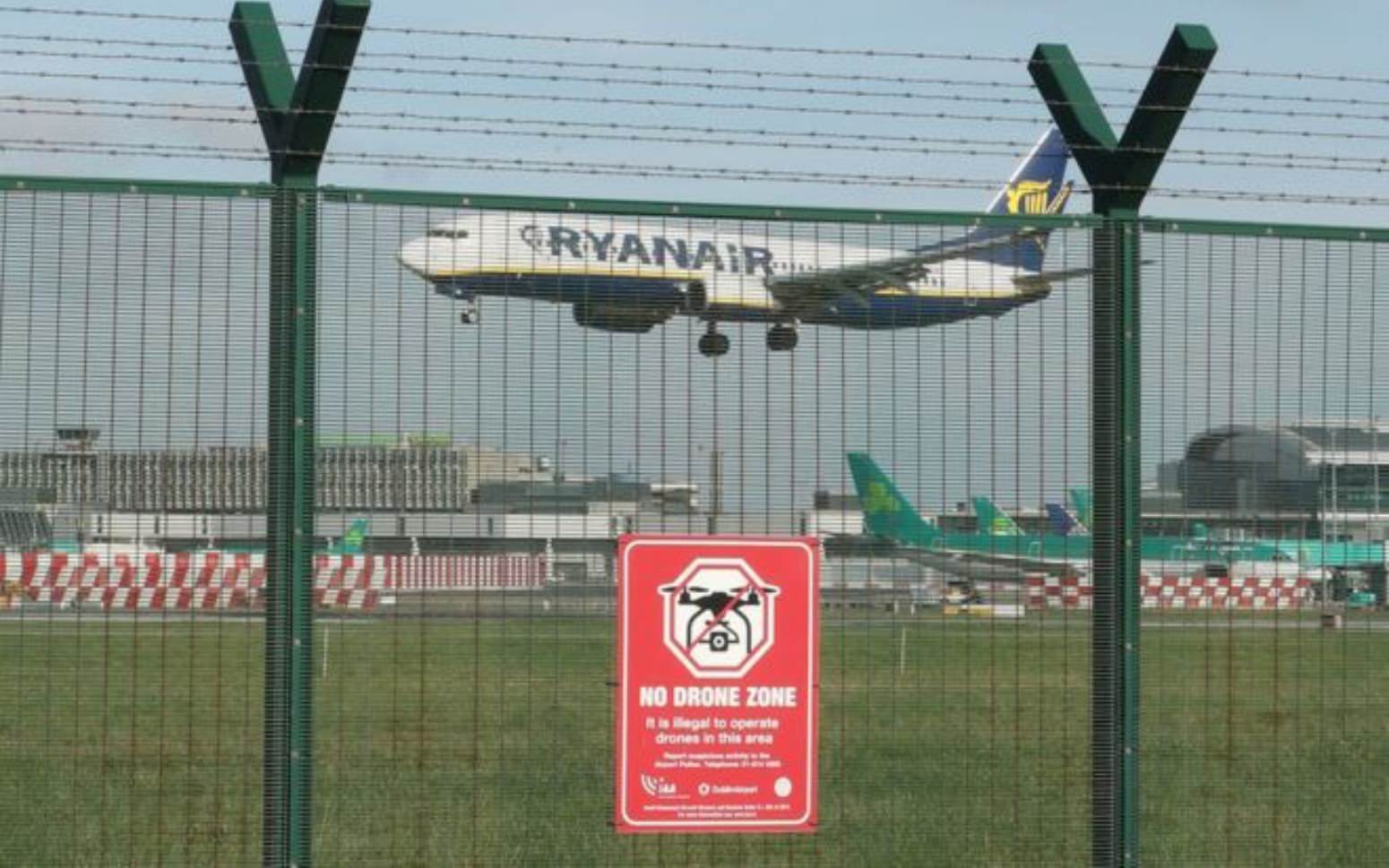 Earlier this morning, Dublin Airport halted flights after “an absolute definite sighting of a drone.” The drone was seen around 11:30 am local time on Thursday. According to the airport, flights were suspended for about 30 minutes. Three inbound flights were diverted. Two of which were sent to Belfast.

The drone was seen over the airfield at Dublin Airport by a pilot. A spokesperson from Dublin Airport told Irish national broadcaster RTÉ that what the “pilot saw is an absolute definite sighting of a drone”.

The drone incident took place around 11:30 am on Thursday and the emergency services “were informed of the incident immediately,” according to the BBC.

After a short delay of about 30 minutes, the flights resumed. Three inbound flights had been diverted, two of which to Belfast.

The airport said in a statement that its staff and the Irish Aviation Authority “remain vigilant in relation to drone activity in the vicinity of the airport”. it also stated that “it is illegal to fly drones within 5km (three miles) of an airport in the state and all drones that weigh more than 1kg (2.2lb) must be registered with the IAA.”

Only a month ago, a detailed risk assessment was to be carried out to assess if Irish airports were prepared for potential drone activity, said the Irish Department of Transport. Shane Ross, Irish Transport Minister, said he had been reassured that there were strong regulatory provisions in place to control and restrict the use of drones, including an exclusion zone of 5km (three miles) around airports.