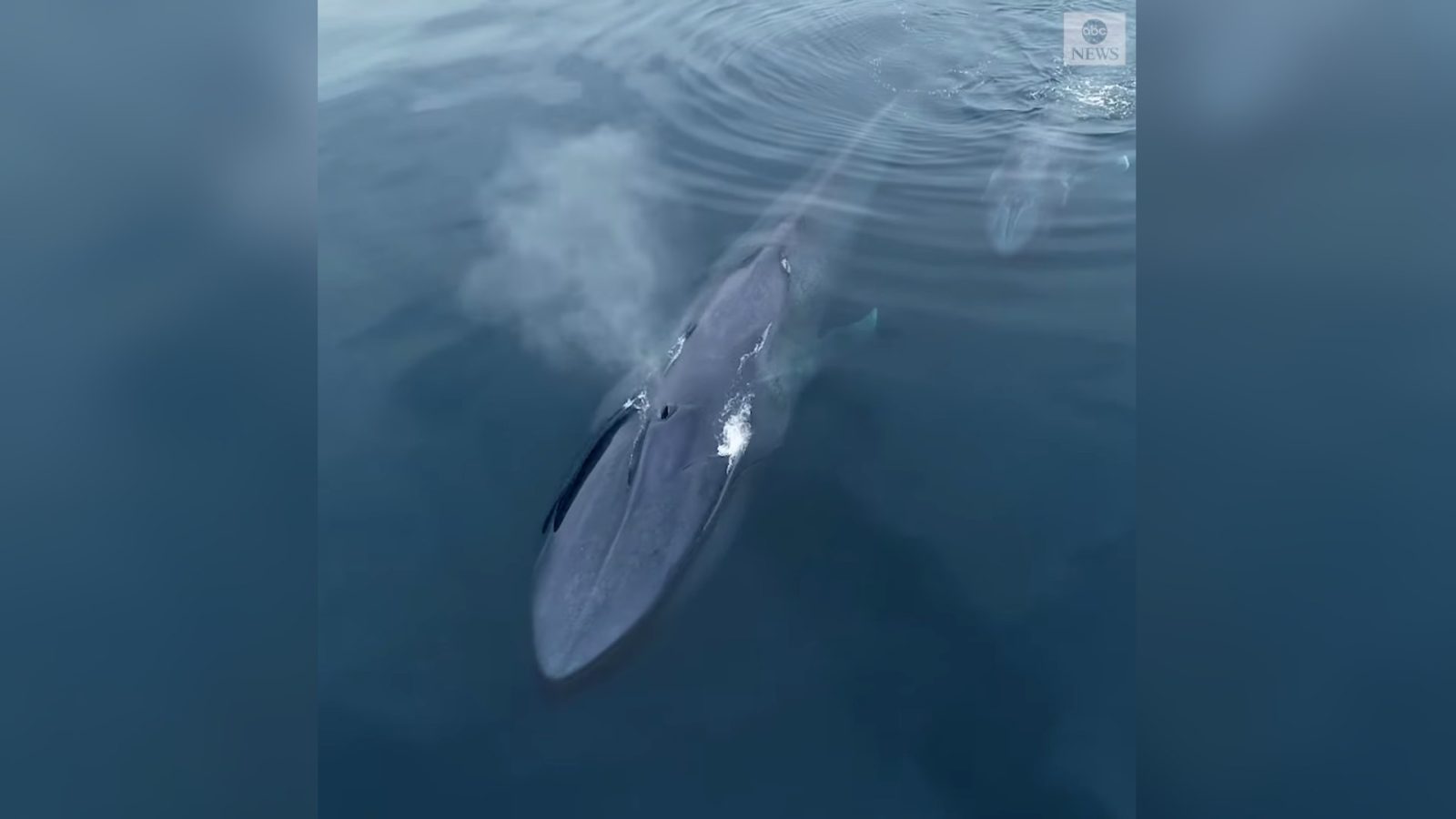 A drone has captured the gorgeous sight of a rare blue whale and her calf swimming off the coast of San Diego, California. This is not the first time that blue whales have been captured with a drone. Almost exactly one year ago, we reported on another blue whale sighting.

Drones have also been used to study whales and collect whale snot. With the rising popularity of drones, we have seen more amazing video footage and photos of wildlife surface. If you use a drone to capture wildlife be sure to keep your distance as to not to disturb the animals. Don’t be like this guy.

“Stunning drone footage captures the gorgeous sight of a rare blue whale and her calf swimming off the shore of San Diego, California,” from ABC News.

Last year when the drone video of the mother bear and her cub made the rounds on the internet, experts weighed in. In general, wildlife researchers do not recommend that all drones should be banned around wildlife, but some best practices need to be established so that the animals are not needlessly disturbed.

“I think it’s a double-edged sword,” says Sophie Gilbert, a wildlife ecologist at the University of Idaho. “On the one hand, when drones are operated correctly, there’s a chance to help people feel more connected with wildlife, which she says is extremely important for conservation outcomes.”