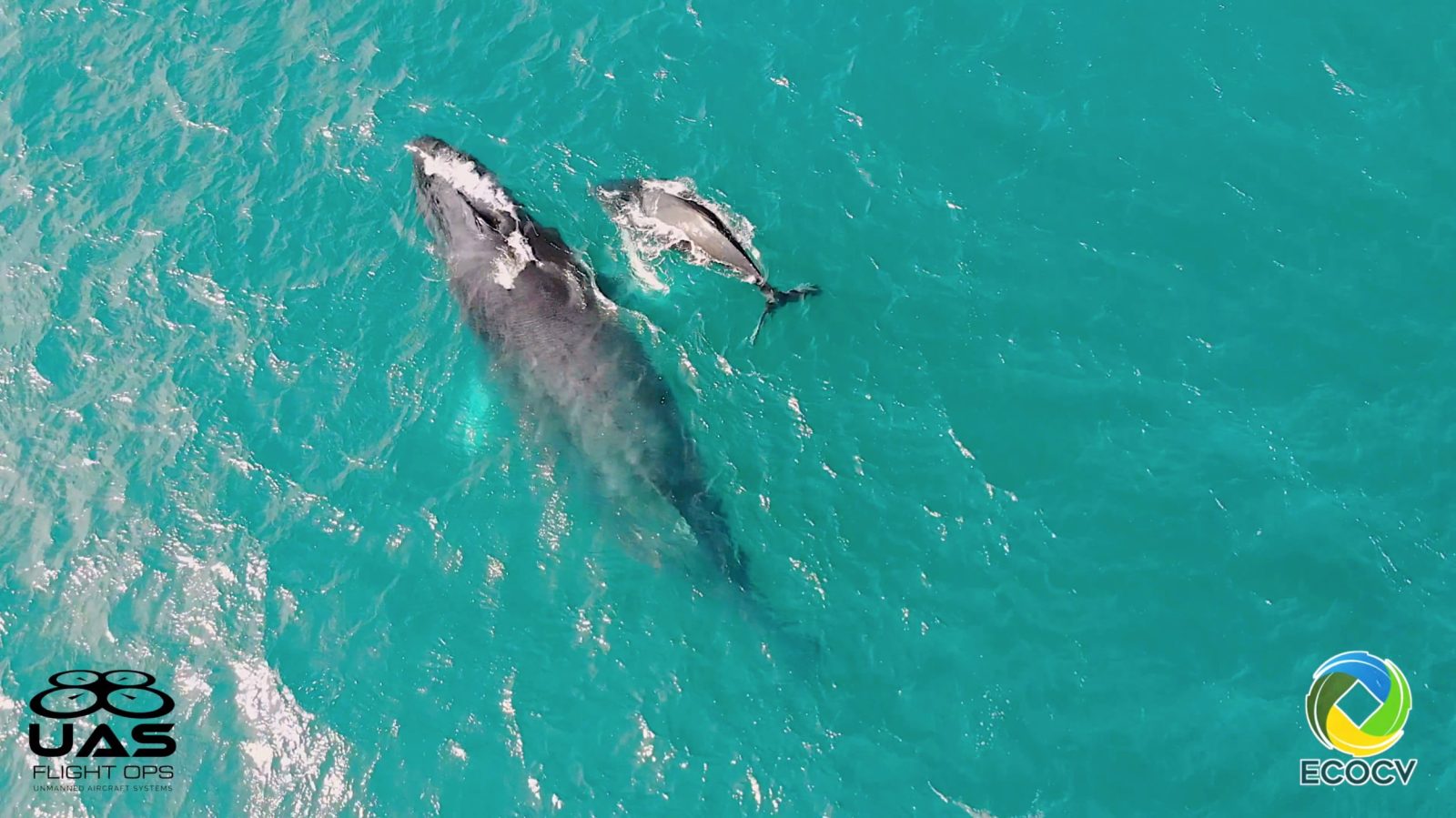 The use of drones is becoming more prevalent in the study and observation of wildlife. In almost all cases, drones are better suited for the job than traditional airplanes and helicopters. In this example, a team of people from the Cabo Verdean Eco-Tourism Association, who research whales used the very small and affordable DJI Mavic Air to capture photo and video footage of a humpback whale mother and her newborn in the Cabo Verde archipelago.

The small DJI Mavic Air is up for the task

Traditionally, researchers would use airplanes and helicopters to obtain aerial photos and video footage of wildlife. However that is changing rapidly with the emergence of affordable drones that are able to capture high quality imagery.

Some of the advantages that drones offer over traditional means to study wildlife are: the unmanned aerial devices are smaller, much less expensive than the altenative (airplane or helicopter), they can reach places that are difficult to access, they create less of a distubance to the wildlife that is being observed, lastly and most importantly they are unmanned so there is no risk of a pilot or photographer losing their lives or getting injured in a potential crash. Between 1937 and 2000, 91 biologists and other scientists have died in the field and 60 of them were killed in helicopter or plane crashes. Mostly while flying at low altitudes to track wildlife.

The interesting thing in today’s news is that oftentimes the more expensive drones, such as an Inspire 2 are being used for wildlife research, this team used a relatively affordable consumer drone, the DJI Mavic Air to observe the humpback mother whale and her newborn. A testament to the rapid improvement of consumer drones. About DJI’s newest drone, the team said:

“the Mavic air which performed amazingly well in high winds at the top of operational limits. Proving not only is the imagery fantastic for such a small craft but that it is sufficient to monitor and identify the Whales.”

The team was joined by Jason Woodcock, a commercial drone pilot, to look for humpback whales in the Sal Rei Bay, Boa Vista. Woodcock was able to capture number of wonderful videos of humpback whale mother and her newborn. After inspecting the drone footage, the team noticed some “interesting behaviour that normally is not visible from boat- whale baby was ‘taking a ride’ on mothers head just a meter or so under the sea surface.” The drone also helped to follow the whales’ movements, record the surfacing times, location and proximity to the whale watching boats.

Other examples of drones used to observe wildlife:

What do you think about the role drones play in wildlife research? Let us know in the comments below.