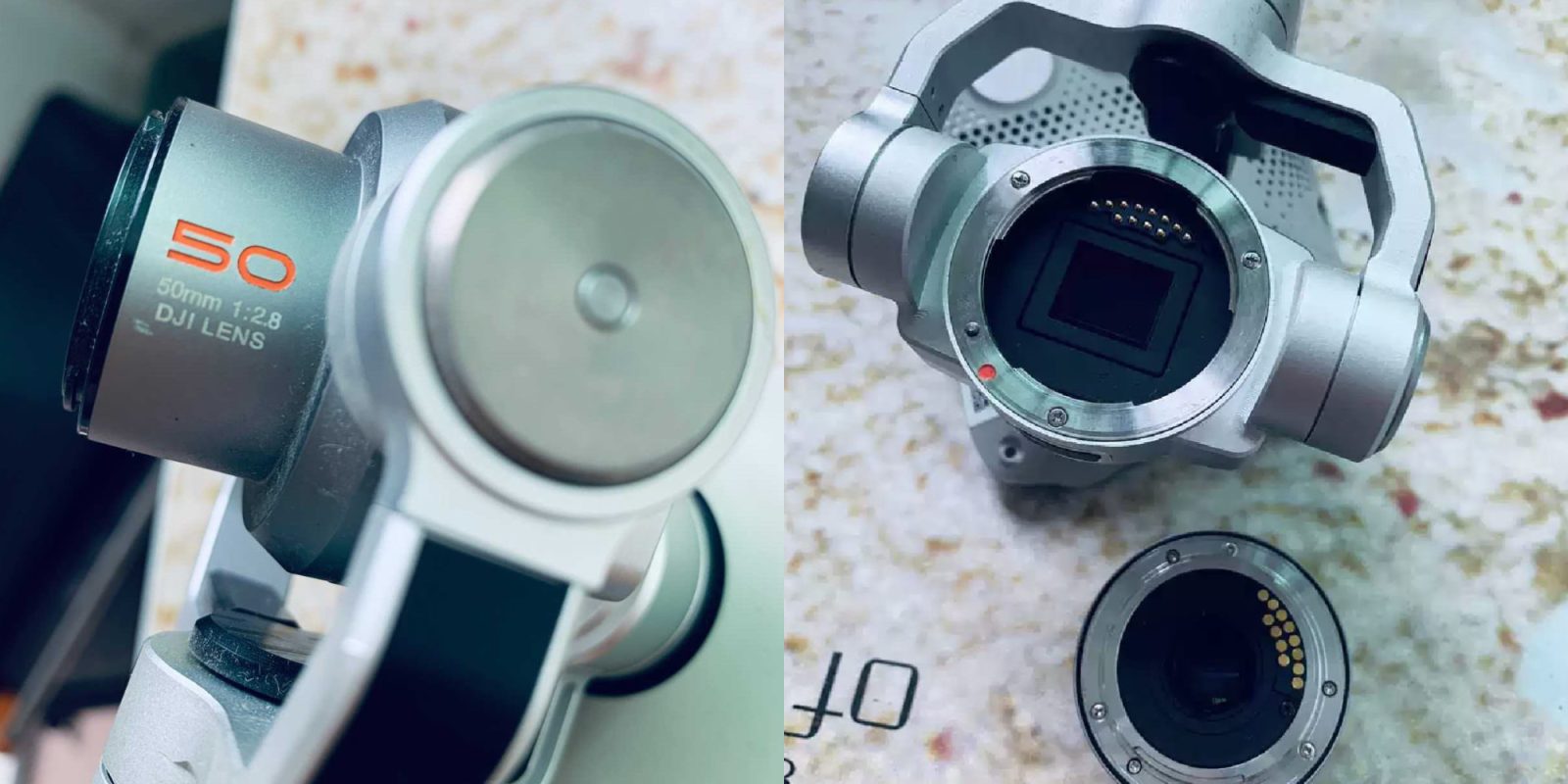 Photos of the DJI camera with interchangeable lens system have shown up again on Twitter. Even though we no longer expect the DJI Phantom 5 to be released with this camera and gimbal combination, it is interesting to see what DJI was working on. Officially, DJI denied that this was going to be the new DJI Phantom 5, but many industry insiders concluded that DJI’s explanation that this was a one-off version for a customer was bogus. It would simply be too expensive for DJI to develop this just for one customer. These photos show more detail than we have seen before.

Note: these photos show a camera, lens, and gimbal from at least one year ago. And, we believe, are from a project that DJI has since abandoned.

Starting in 2018, we saw photos of modified DJI Phantom 4 drones with an interchangeable lens system. DJI has always denied that this was indeed a prototype of the Phantom 5 and maintained that is was merely a one-off version for one of their enterprise customers.

People within the drone industry have had a hard time accepting that explanation from the Chinese drone maker as it seems simply too expensive to create a one-off prototype with an interchangeable lens system for just one customer.

For a long time rumors had died out about any possible release of a DJI Phantom 5 and earlier this year we announced that it was game over for the DJI Phantom 4 and that we would not see a DJI Phantom 5. We reported that DJI had chosen to continue developing the DJI Mavic series at the expense of the Phantom series of drones.

Today, however, we get to see some new photos of the camera, a 50mm, f2.8 lens, and the interchangeable lens system. I still think that a prosumer drone with interchangeable lenses would be phenomenal. Will we ever see such a system on a DJI Mavic drone? I hope so but it seems unlikely.