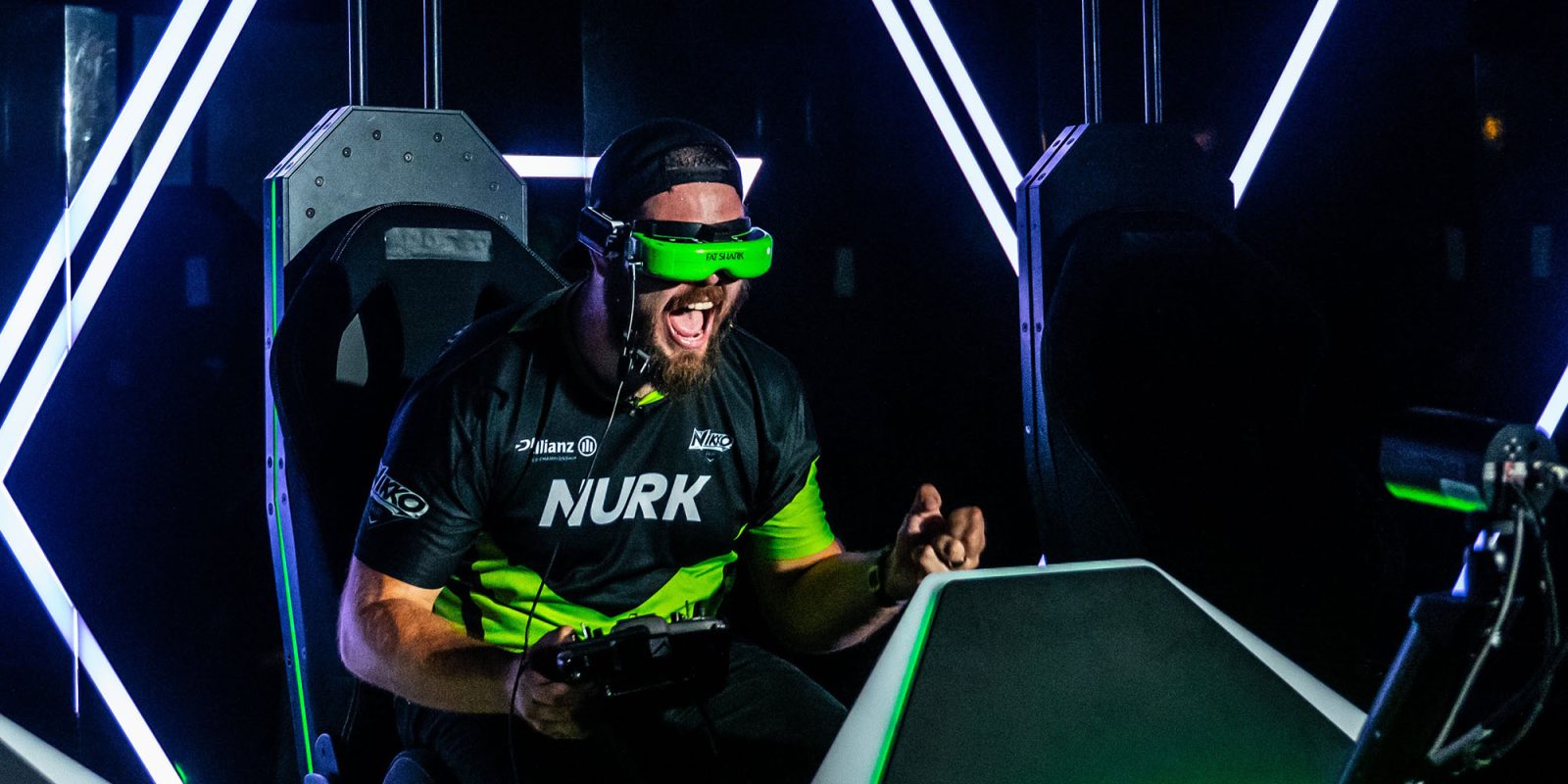 Last year I was given the opportunity to interview the 2018 Allianz Drone Racing League Championship winner and learn about his journey to the top. We recommend reading the original interview to learn more about Nurk and his life in the drone-racing world.

Nurk, who used to be known as Bulbufet, has been in the drone-racing scene for the last few years, winning various awards and races.

Nurk says the drone-racing world forces him to stay in tip-top condition in order to stay at the top of his game as his excitement grows for The Drone Racing League’s first live race in the US.

How have you been since our last interview, Nurk?

I’ve been incredible! I’m still working insanely hard to stay on top of my drone racing game — the DRL Allianz World Championship doesn’t slow down, so I’m doing everything I can to stay flying and stay fast. Despite that I’m tired from all the hard work, I’m still motivated and excited for a good continued season, especially as we gear up for DRL’s first official live race in the US at Chase Field in Phoenix on Sunday night.

Nurk let us know that in the last year, he has been able to take drone racing around the world with new organizations, and meeting like-minded people to fly with.

How has drone racing been over the last year?

Drone racing has been everything that I hoped it would be and more. The DRL Allianz World Championship Season has been bigger and better, and I’ve also had chances to race with MultiGP and other 5-inch drone-racing organizations in places like Las Vegas, France, and Minneapolis. No matter where I go, I always have the chance to meet new people and fly with them!

Nurk explains that the talent in the drone-racing scene is constantly increasing, forcing Nurk to work hard to win his races. Nurk has also noticed drone racing is falling into categories based on racing types. These include spec racing, 5-inch racing, mega racing, and team racing.

What are the biggest differences you notice now, compared to last year in the drone-racing world?

There have been a couple of different things that have changed in the drone-racing world. I think one of the most exciting (and most intimidating) is that the talent pool at the top of the game has grown year over year. Every big race I go to, I’m blown away by how fast most of the competitors are — there’s no free lunch, that’s for sure — they’re going to make you work for it. And finally, one thing that I’m starting to see within drone racing is the development of multiple disciplines to focus on within. There’s spec racing series like DRL, there are 5-inch racing series, and there are different kinds of things like mega drone racing and team racing. All of this coming together is building an awesome ecosystem where you can really enjoy a bunch of different types of racing all at the same time.

Finally, we wanted to get a top drone racer’s perspective on the new digital FPV systems introduced into the market. Nurk is excited to see what the systems from DJI and Fatshark are capable of, but still think analog systems will still have an edge over digital.

What are your thoughts on HD FPV systems? DJI’s solution and Fat Shark’s?

I have not yet gotten my hands on the recently announced digital FPV systems from either Fat Shark or DJI, but on both fronts, I’m very excited to see what it will do to have them both pushing the FPV market. I am not yet convinced that a digital system will make me a faster drone racer — I think analog is going to hold an edge over that, but having DJI interested in the FPV drone market will be a very big opportunity for us as a community. Hopefully, it will help drive more and more people to try out high-performance drones and encourage people to take the step from aerial photography to performance drones!