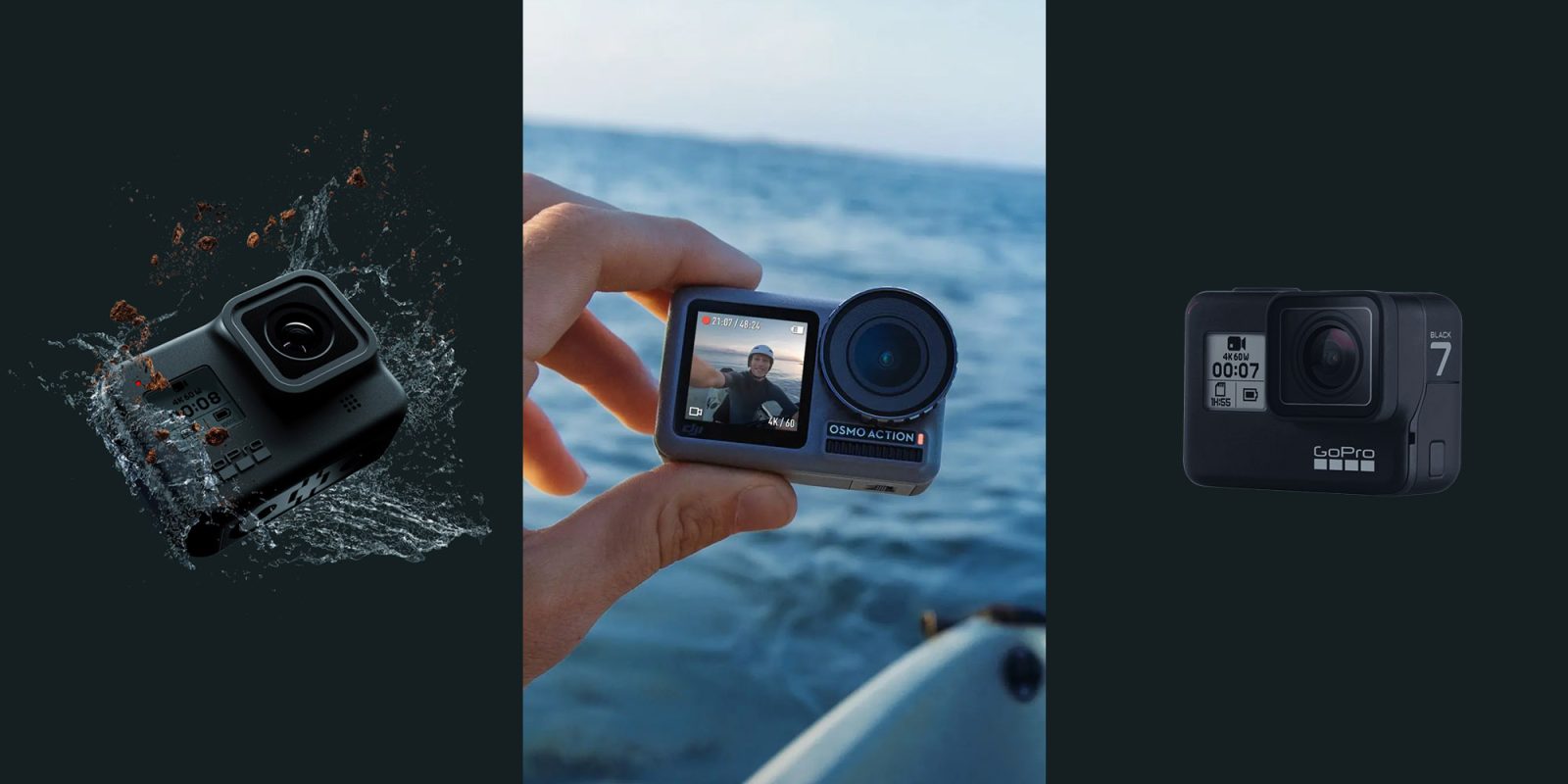 GoPro has just released its new GoPro Hero 8 Black action camera, bringing some improvements along with it over the GoPro Hero 7 Black. DJI also has its action camera, the DJI Osmo Action, so let’s take a look at all three cameras side by side.

All three action cameras are a great choice that combine a solid set of features with high-quality videos and photos sure to make any activity look great. Each camera has its benefits, and in turn, trade blows with one another.

The introduction of the GoPro Hero 8 Black brings a few improvements over the previous GoPro Hero 7 Black. The Hero 8 Black adds the famous “fingers” mount directly into the camera, HyperSmooth 2.0 and digital.

All the cameras share a similar design style, having a removable battery, similar look, dimensions, and weight. Unlike both GoPro cameras, the DJI Osmo Action comes with a display on the front and rear, making vlogging and framing shots a simple task. The GoPro Hero 8 Black does give you the option to add a display via GoPro’s new display and media mods, which costs extra. From what we can see, GoPro is moving toward creating a camera that can be used in action sports while still having all the features necessary to vlog as well.

All cameras have 12 MP sensors with the ability to shoot in RAW, and settings can be adjusted manually. All cameras can capture burst, time lapse, and timed photos at various speeds. The DJI Osmo Action has the option to take AEB photos, and the two GoPros have a continuous photo capture mode. The two GoPro also has HDR photos and SuperPhoto, with the Hero 8 Black sporting a new and improved HDR mode. Nighttime shooting modes are a common theme in all cameras.

All the cameras are a great choice to choose from, but we’d recommend either the GoPro Hero 8 Black or the DJI Osmo Action. No doubt, the Hero 7 Black is great at its price point, but with the lower bitrate and the same price as an Osmo Action on sale, it can’t be seen as much of a contender.

Take a look at the following key specifications of the three cameras: