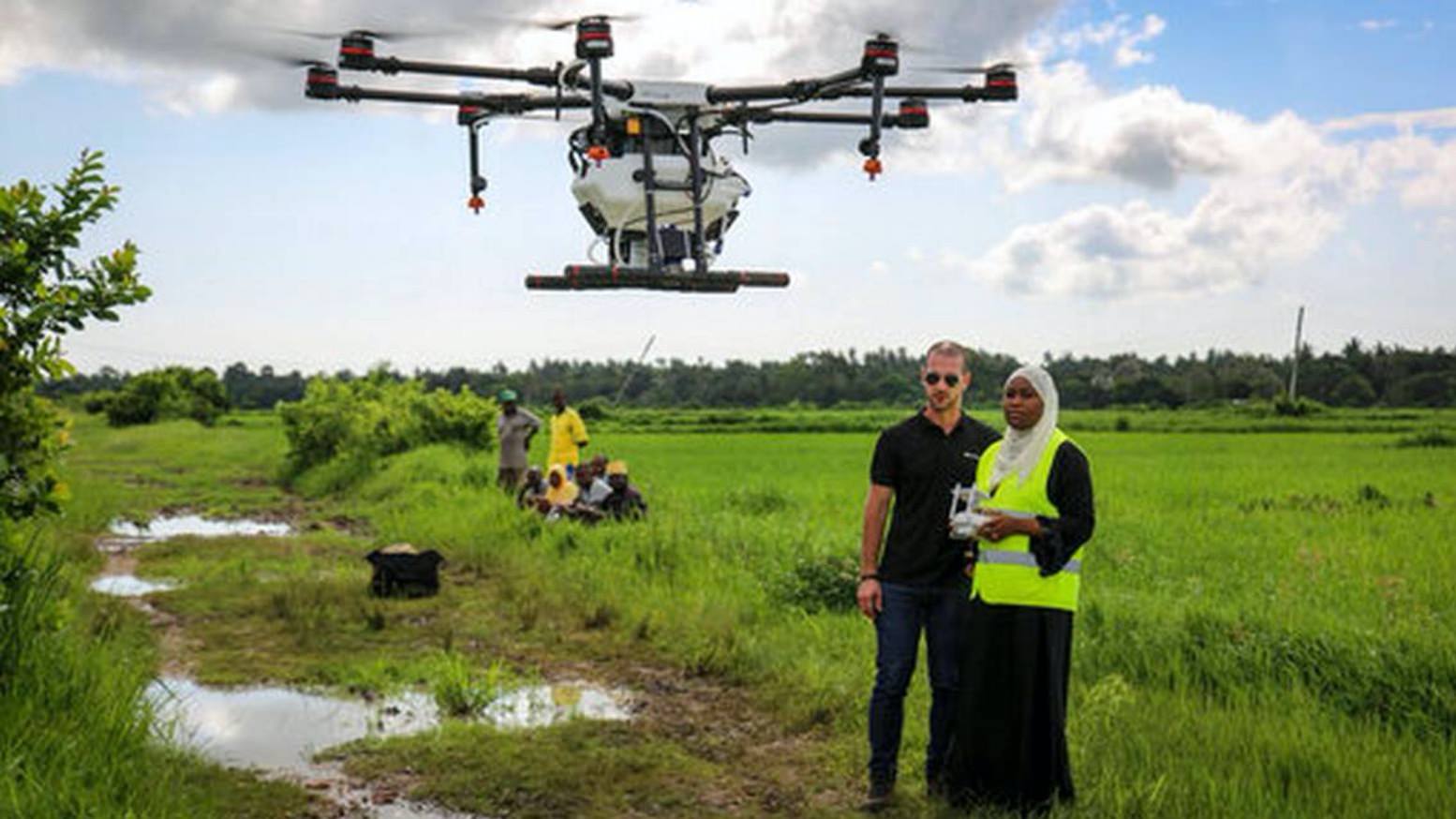 On the island of Zanzibar, off the coast of Tanzania, tests are underway to fight malaria with the DJI Argas drone for the first time. The unmanned aircraft are used to spray silicone-based liquid on rice paddies to prevent the malaria-carrying mosquitos from laying their eggs.

Ali Sultan writes for the Miami Herald that:

For the first time drones are being tested to help fight malaria on the island of Zanzibar, off the coast of Tanzania.

The drones will spray a silicone-based liquid on rice paddies, where there are large expanses of stagnant water where malaria-carrying mosquitoes lay their eggs. The substance will spread across the water and prevent the eggs from hatching. It is hoped this will significantly reduce the numbers of the malaria-carrying anopheles mosquitoes in the area.

The spraying by drones is a test to see if it will help the government of Zanzibar reach its goal of eliminating malaria on the archipelago by 2023, according to the strategic plan adopted by Zanzibar Malaria Elimination Program.

The spraying by drones is a new part of the strategy. The use of drones will be essential to efficiently spraying the large rice fields, which have been identified as malaria hot spots on Zanzibar. The drone is efficient because spraying by hand is very time consuming and using a helicopter is too expensive, said Eduardo Rodriguez of DJI, a Chinese drone manufacturer.

With the help of drone pilots from the State University of Zanzibar, the DJI Agras drone is being tested to spray the rice paddies.

Africa is at the forefront of drone applications. The typically more lax regulations in African countries allow for drones to be used in a variety of ways currently not possible in Europe or the US. Zipline with its drone delivery system of medical supplies and blood samples is probably one of the best examples. The California-based company has successfully completed about 16,000 drone flights in Africa.

What do you think about drones being used to fight Malaria? Let us know in the comments below.