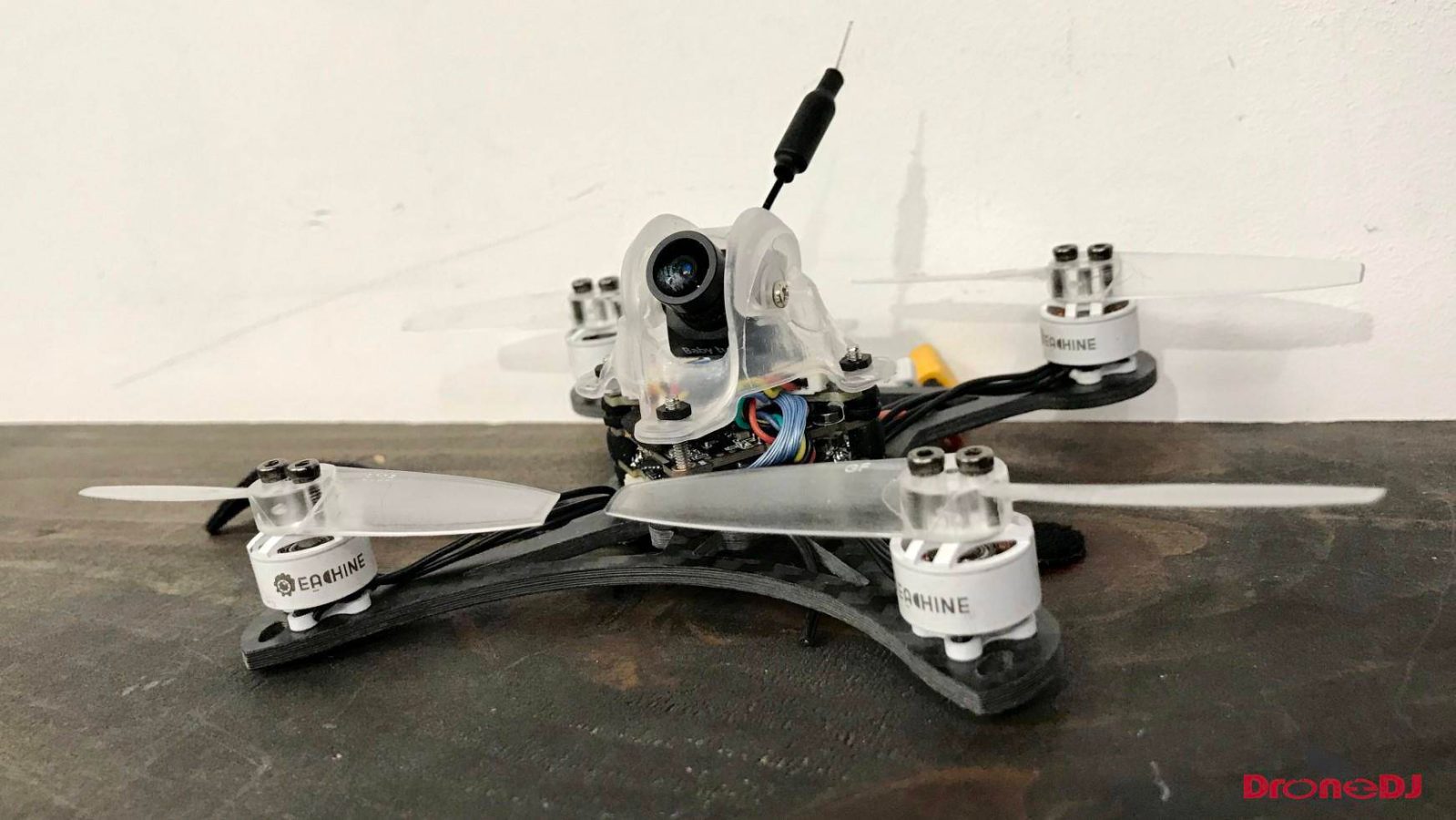 The Eachine Twig is an interesting 3″ FPV drone. It is a bit larger than a standard toothpick drone and is part of the growing “Twig” class. Think of the twig class as a slightly larger toothpick on steroids. Most toothpick quads are less than 50 grams and fly on 1S or 2S batteries. A twig will typically be heavier than 50 grams and can fly on a 2S-4S battery. This twig is different than most because you can get one with an HD camera. It is one of the many items that are part of Banggood’s 11.11 lucky sale. They have tons of great drones on sale from the Tello to ready-made DJI FPV drones. It’s definitely worth checking out.

If you are new to flying FPV and you aren’t sure where to start we’ve put together a three-part series on where to begin. You can check that out here. Getting into the FPV hobby might seem intimidating and there’s a lot of new lingo. If you’d like a little clarification on things like twigs, toothpicks, whoops, VTXs and more then check out the video below or read more about that in our recent article here.

The Twig has a 115 mm wheelbase and can fly on 2-3S batteries. The flight controller is the AIO Crazybee F4 v3.o and comes with a built-in SPI receiver. There are two camera versions, the HD Caddx Baby Turtle or the standard Runcam Nano 2. The HD version tips the scales at  72 grams whereas the Runcam version is only 64 grams. It is larger than both the Parrot 120 and Larva X twig drones we have reviewed. The HD version is more expensive at $120 but the standard Runcam will only cost you about $95. 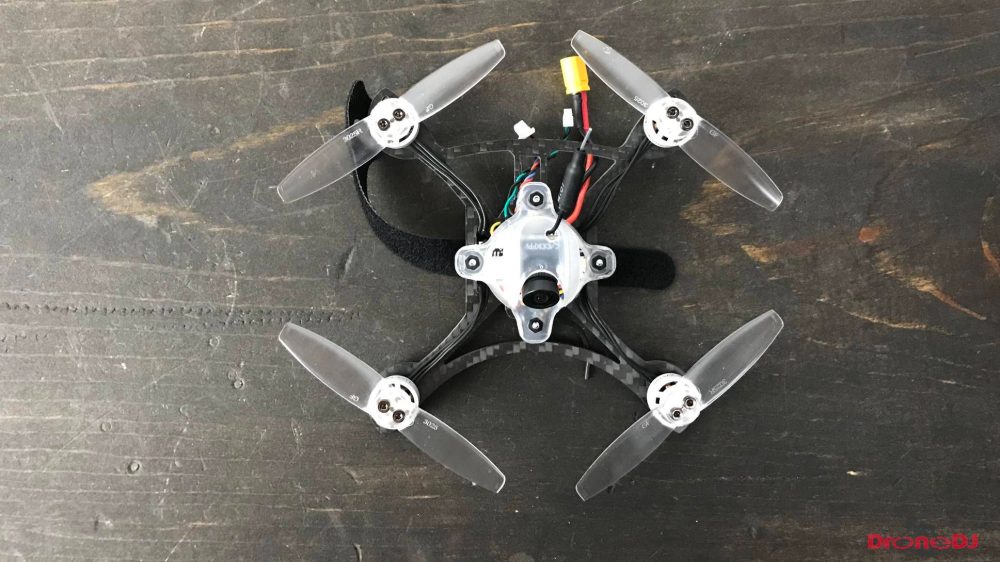 The Eachine Twig runs on 1105 5200 KV brushless motors. They have plenty of power to drive the Gemfan 3025 3-inch propellers. This drone is no toothpick. It is a bigger more powerful machine. 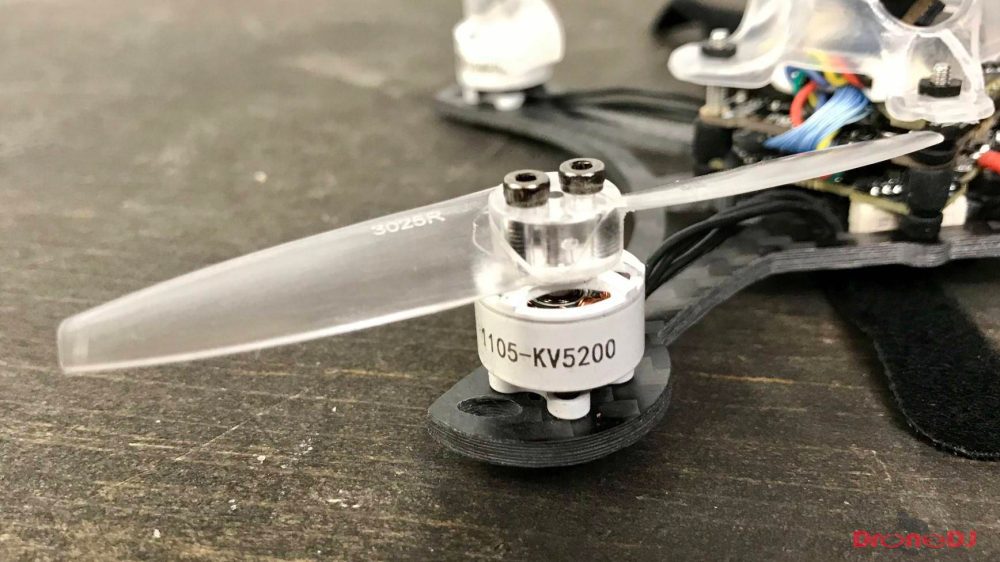 The video transmitter is switchable from 25 to 200 mw and can be controlled via smart audio. On 200 mw you’ll lose radio signal before you lose video. The biggest drawback to the Twig is the SPI receiver is actually quite poor. I’d say you will get 100 meters max without any obstructions. If you are flying near trees or other obstacles you might only get half of that before you lose radio signal. Eachine has noted this and has included presoldered wires so you can add your own receiver. I highly recommend it. I’d look into adding the XM+ receiver. It is my go-to. 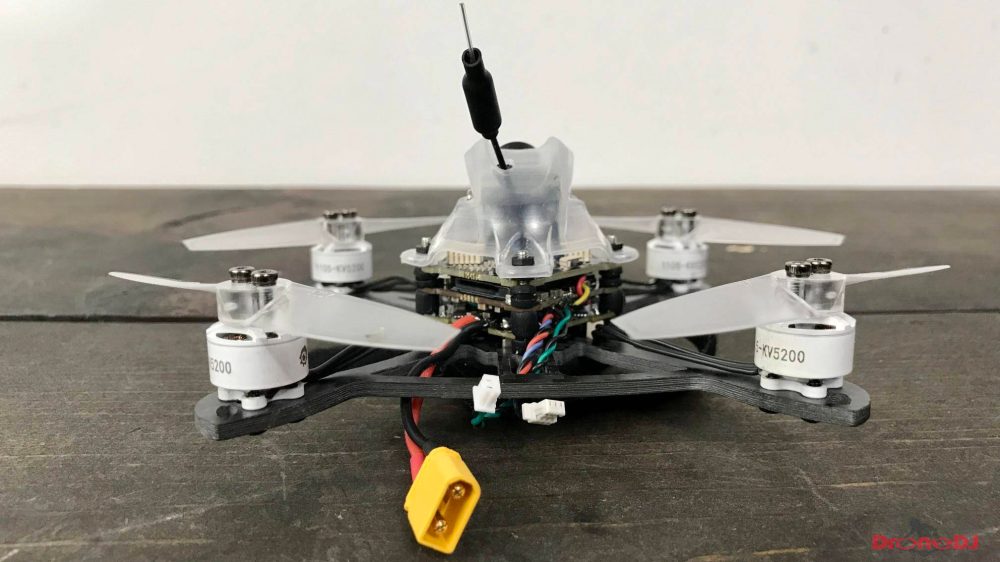 The version I tested was the HD version with the Caddx Baby Turtle. I found it an improvement over some of the older split cams for sure. The HD video is pretty good and you can capture 1080p at 60fps with this 2 MP camera. Flying the HD version didn’t quite have the punch or the nimble characteristics I’ve experienced with other twig or toothpick style drones. It feels a bit heavy. It is still a solid flier and a lot of fun.

The Eachine Twig is a beefed-up version of the Happymodel Larva X. It is bigger, more powerful and if you want it can capture HD footage. I really like flying the Larva X and I was really excited to fly its big brother. But bigger isn’t always better. If found the Larva to be a little more agile and I prefer the smaller quad. You can learn more about the Larva X here. 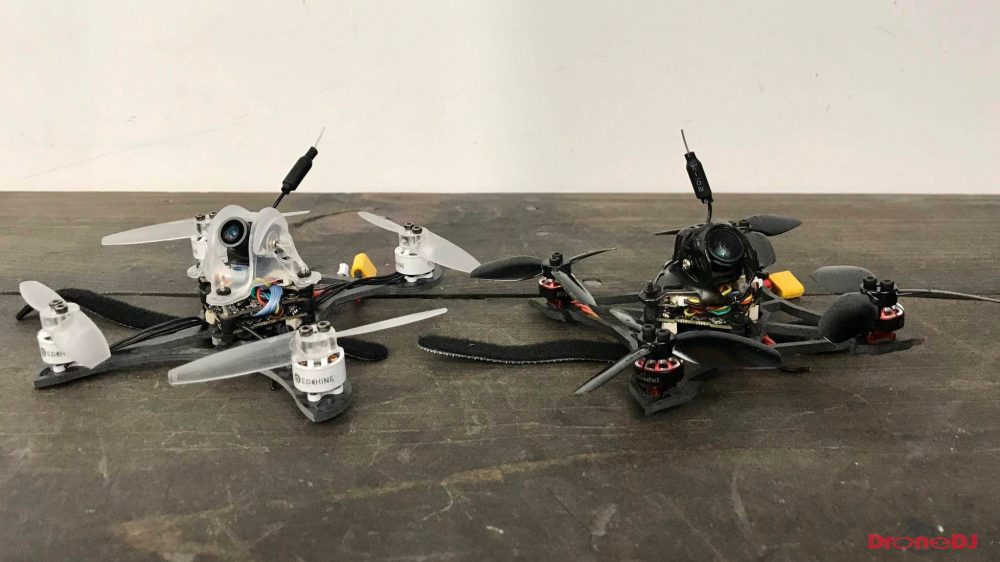 If you are looking for the best flight characteristics I’d recommend the Runcam Nano 2 version of the Eachine Twig. The 8-gram difference may not seem like a lot but on something this small it absolutely makes a difference.

You’ll have to decide for yourself which version you want. Which is a higher priority for you, HD video or nimble flight characteristics? Maybe take a look at the Happymodel Larva X if you want something a bit smaller. Check out the price of the Eachine Twig here.  Don’t forget it is part of Banggood’s 11.11 sale.