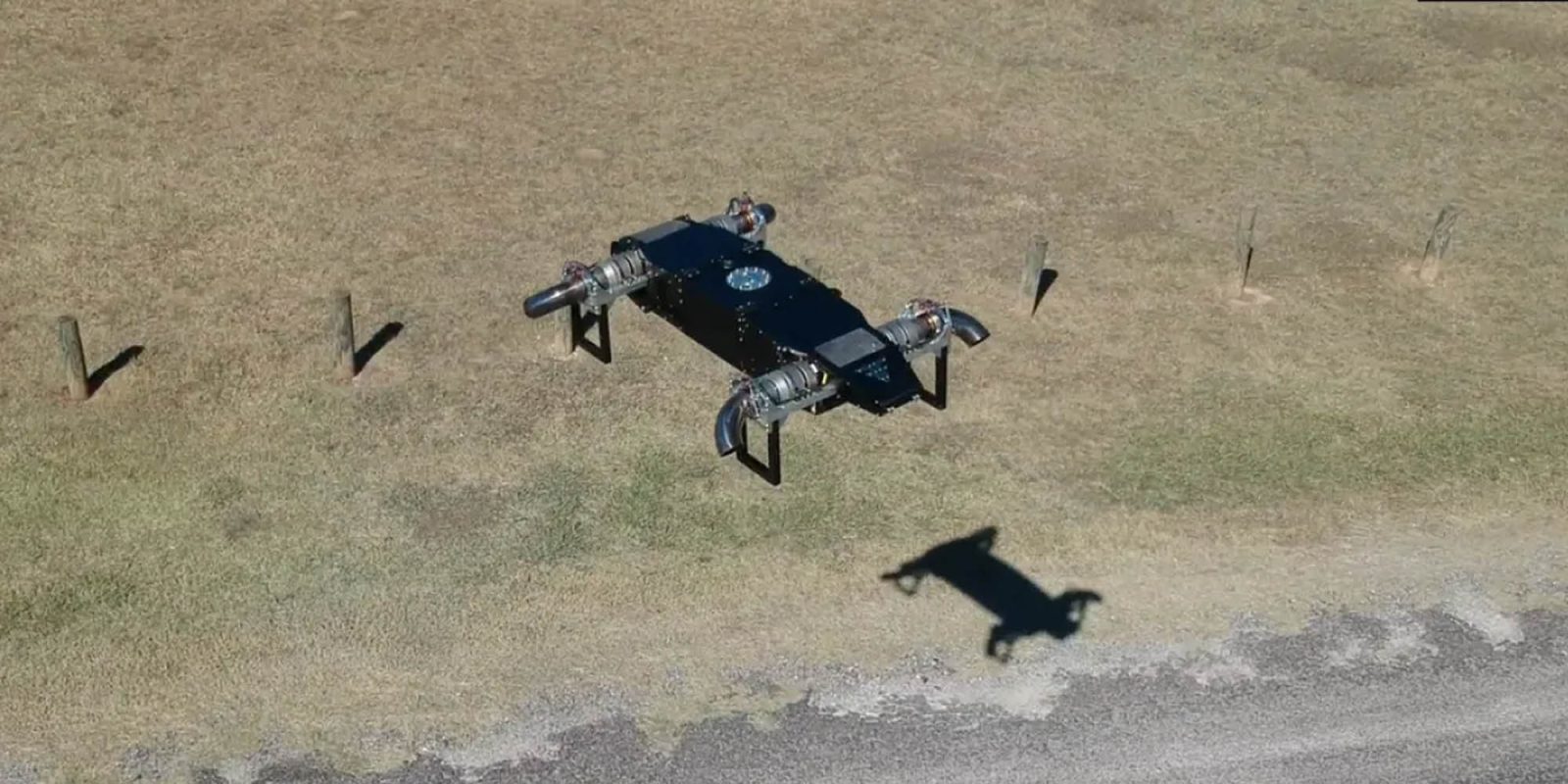 Fusion Flight has created a rather unconventional drone that uses jets as a replacement for the usual electric motors. The creators of the drone say it’s like an unmanned, scaled-down version of the Harrier Jump Jet. Can it compete with standard drones and live up to the hype?

The AB5 JetQuad is the latest product from Fusion Flight, a startup out of Dallas. The company created the AB5 JetQuad as a direct response to current drones with a limited payload capacity, slow top speed, and low energy density batteries.

The drone uses four jet engines in an H configuration along with thrust vectoring systems, ensuring it can fly stably and send the correct amount of power to each jet engine. The jet engines can swivel between vertical and horizontal positions, meaning the AB5 JetQuad is a VTOL drone.

The AB5 JetQuad runs on common diesel fuel and has a capacity of five gallons. According to the company’s website, diesel fuel has 40 times the energy density of Lithium batteries, taking only minutes to refuel rather than hours to charge.

The drone can mount payloads on the front, back, and top, with larger payloads being carried beneath it. In a similar fashion to Wing Aviation’s delivery drone, the AB5 JetQuad hovers 15 feet above the ground and lowers the payload to the ground using four electric reels.

The JetQuad utilizes a modular design, allowing for easy manufacturing, repairs, and upgrades. The drone only has eight moving parts, four jet engines, and four servos, meaning it is less likely to break down. The AB5 JetQuad currently makes 120 dB of noise if standing right next to it. Fusion Flight is currently exploring noise suppression technologies.

If a company like DJI were to bring a jet engine drone out, would you buy it? Let us know in the comments below.