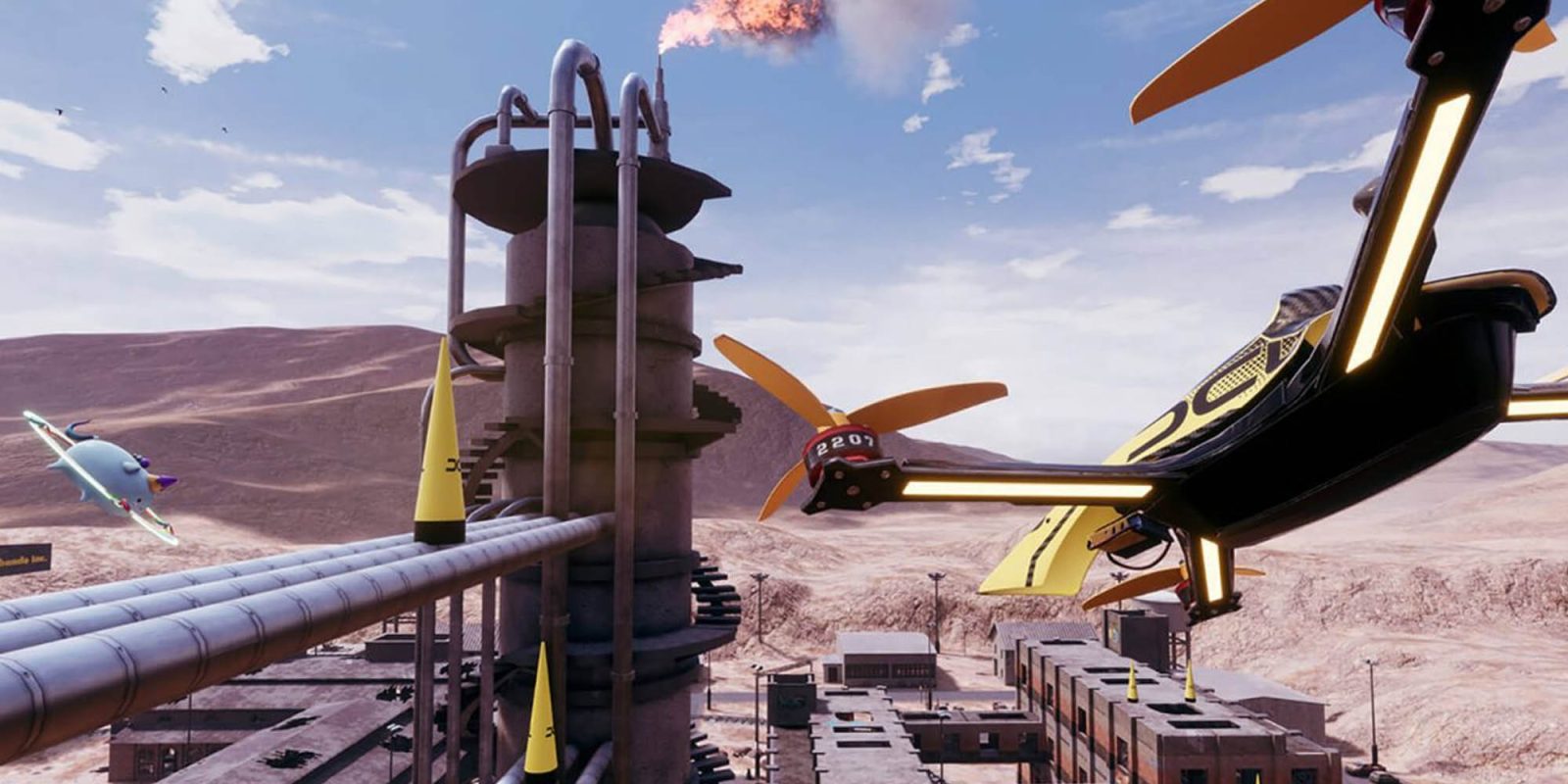 The Drone Champions League has released its first drone racing game, giving players the option to play live with others and even qualify for real-life races. The packs include 30 maps, including some of the past courses flown and the ability to fly with up to 29 other people.

As a part of the game’s launch, DCL has created the “first aerobatic manned drone” with the ability to fly through maneuvers and hoops. That video can be watched here.

The game comes with four flight modes to choose from: arcade, GPS, angle, and acro. The different modes allow for beginners to learn to fly a drone for the first time and allows for different types of drones to be flown, from camera drones like those from DJI to the fastest racing drones.

The DCL game also includes many of the flight characteristics found in real-life drone racing. The courses are identical to real-life ones, the physics is similar, prop wash, and drone controls are similar, all with the fast pace adrenaline-fueled racing.

A noteworthy track included in the game is LAAX, where the 2019 DCL Drone Grand Prix was held. The track comprises of various pylons, gates, and even a gate made out of McDonald’s famous golden arches.