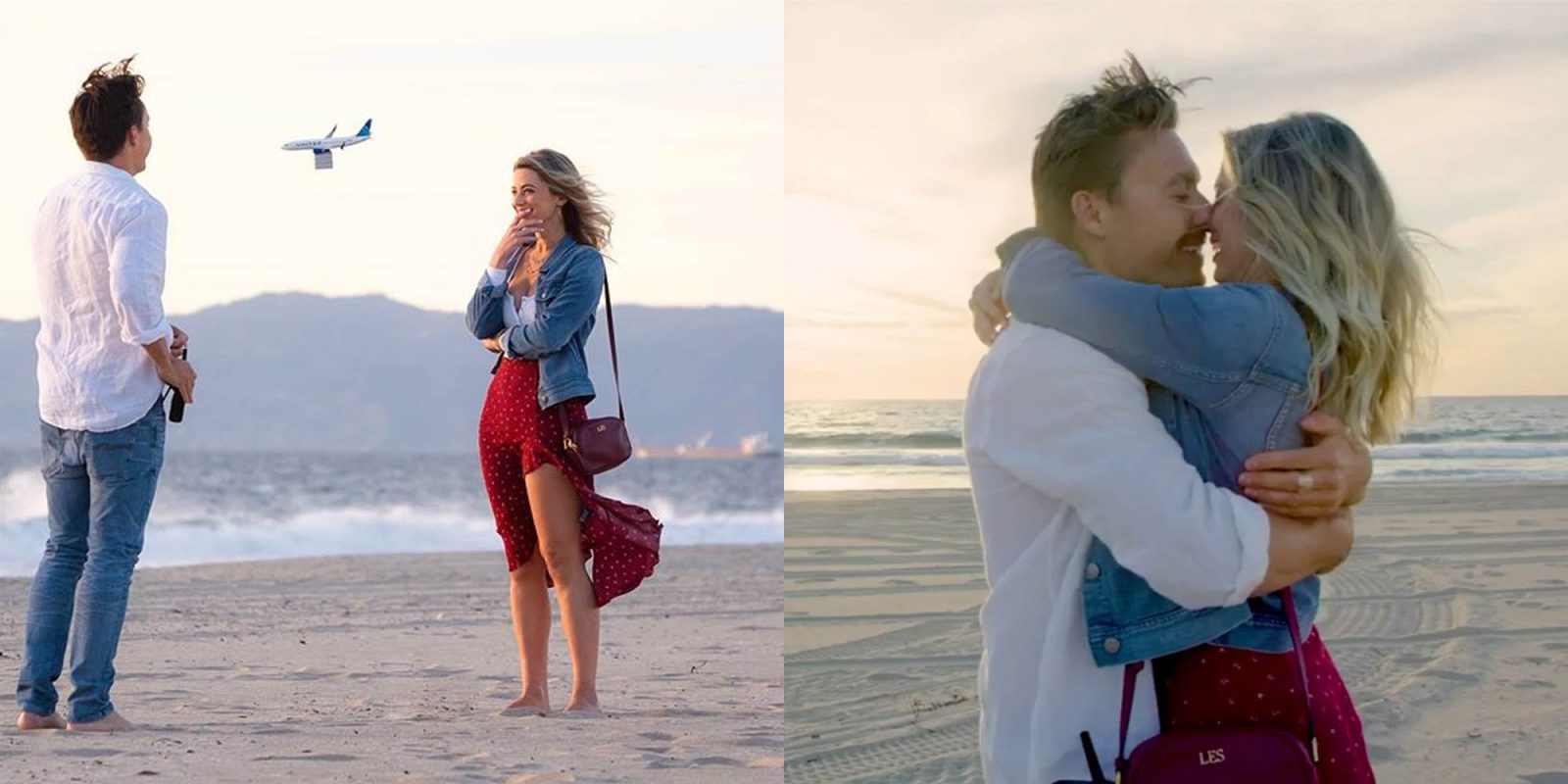 Drone pilot and founder of Drone Gear, Alex Kavanagh, has taken the old-fashioned wedding proposal to a new level with the introduction of drones. Drones have been used for years at weddings but haven’t been as common at proposals. Hopefully, this video will change that.

Drone pilot Alex Kavanagh proposes with the help of a drone

Alex Kavanagh and fiancé Lesley Murphy shared the proposal video on Instagram, showing a quick look back on their relationship and the proposal itself.

The video starts with a little reflection on how the couple met, over a drone. Lesley was looking for someone to fix her drone, and Alex tried to fix it, which didn’t work out. Alex let Lesley borrow his drone as a way to be able to see her again.

The couple’s first date consisted of flying a drone, which looks to be the DJI Mavic Air, at the beach, and the rest is history.

The proposal took place on a beach during sunset with lots of preparation. Alex met Lesley on the beach, got down on one knee and asked the question, while a drone moved in with the ring. After Lesley said yes, Alex radioed for a drone flyover, a few seconds later, three or four DJI Inspire 2‘s made their way over the couple. Watch the video below!

When I was little, I always assumed I’d be married with kids before the end of my 20s. Well that obviously didn’t happen…and I’m so thankful for how my love story played out. It wasn’t quick or painless or graceful (as many of y’all witnessed), but nothing good comes easy. It took all the necessary steps of my life to get here…on this beach at sunset with this guy, a drone and model plane flying over my head and a diamond ring dangling dangerously above millions of tiny grains of sand! Dear @drone.pilot, you are the love of all of my lives. Many thanks to all the droners and photographers who captured this day forever! February 202💍, I’ll never forget you. #ToKavAndToHold #JustEngaged