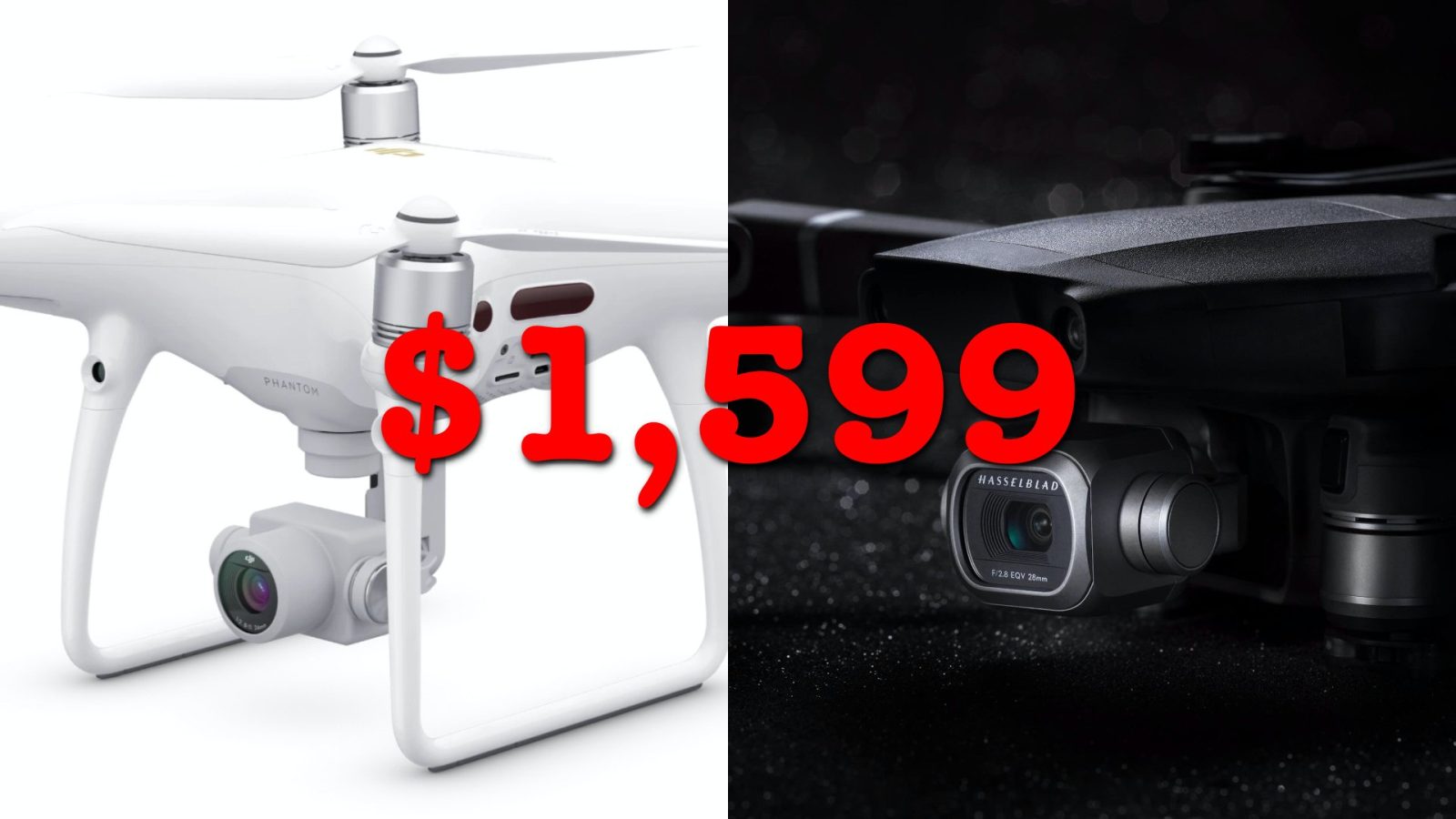 As we are getting nearer to spring and hopefully better drone-flying weather, DJI has quietly lowered the price on the Mavic 2 Pro (DJI, Amazon) and Phantom 4 Pro V2.0 (DJI, Amazon). Both drones can now be bought at the official DJI online store for $1,599. That is some welcome news for sure!

Arguably two of DJI’s most capable drones have just seen a significant price reduction. Last year we saw the price for both drones go up as a result of the ongoing trade war between the U.S. and China and the subsequent implementation of tariffs.

The DJI Mavic 2 Pro was originally introduced for $1,449 so at $1,599 the popular quadcopter is still quite a bit more expensive than when it was first launched. the DJI Phantom 4 Pro V2.0 has recently been re-introduced after having been unavailable for most of 2019 due to a shortage of components.

During CES, a spokesperson from DJI told me that the DJI Phantom 4 Pro V2.0 will be produced for as long as there is strong customer demand. So, until a newer, better and more capable DJI drone comes along, I expect the Chinese drone manufacturer to keep making this popular quadcopter.

It does seem that no prices for other DJI products have been lowered.

What do you think about DJI lowering the price of the Mavic 2 Pro and Phantom 4 Pro V2.0? Let us know in the comments below.