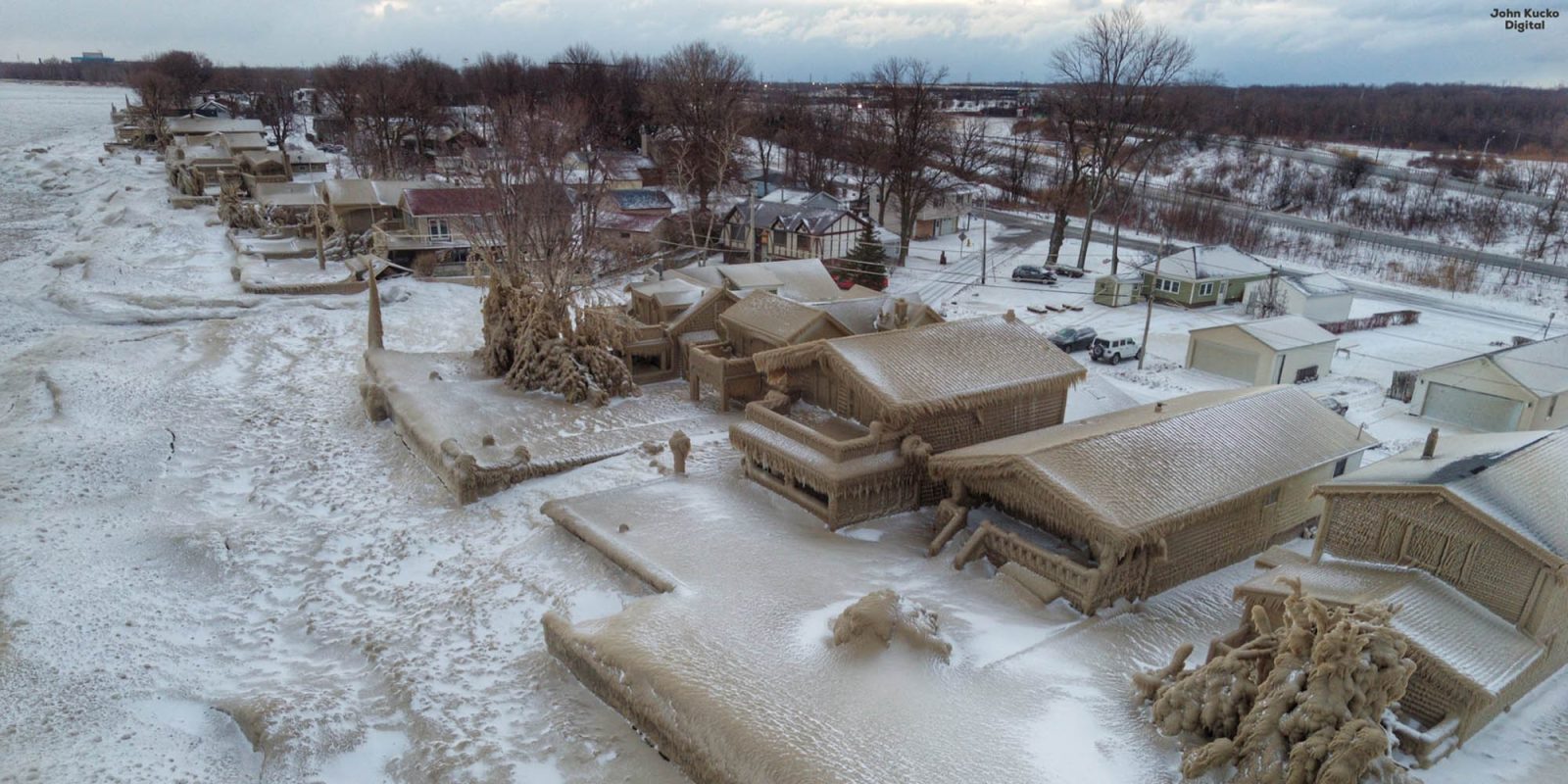 Drone footage captured by John Kucko has shown what it’s like to be living along the New York side of Lake Erie for some of the residents. Several houses have been blanketed in a thick layer of ice thanks to gale force winds and low temperatures.

The footage was captured along the shoreline in Hamburg just south of Buffalo, New York. Taking a look at John’s Twitter account, the shoreline of nearby Lake Ontario is also mostly covered in layers of ice. John stated it could take until May for it to melt.

The drone flies above the frozen shoreline showing a large amount of ice that has covered a majority of the houses along the lake. John also wrote that the houses were faced with 48 hours of “battering” wind and cold temperatures, causing waves to spray onto the house, freezing it on the spot.

John also shared some more information in another Tweet showing and explaining only some of the houses were covered in the ice. This was because boulders line parts of the shore, helping slow down and break the momentum of the waves.