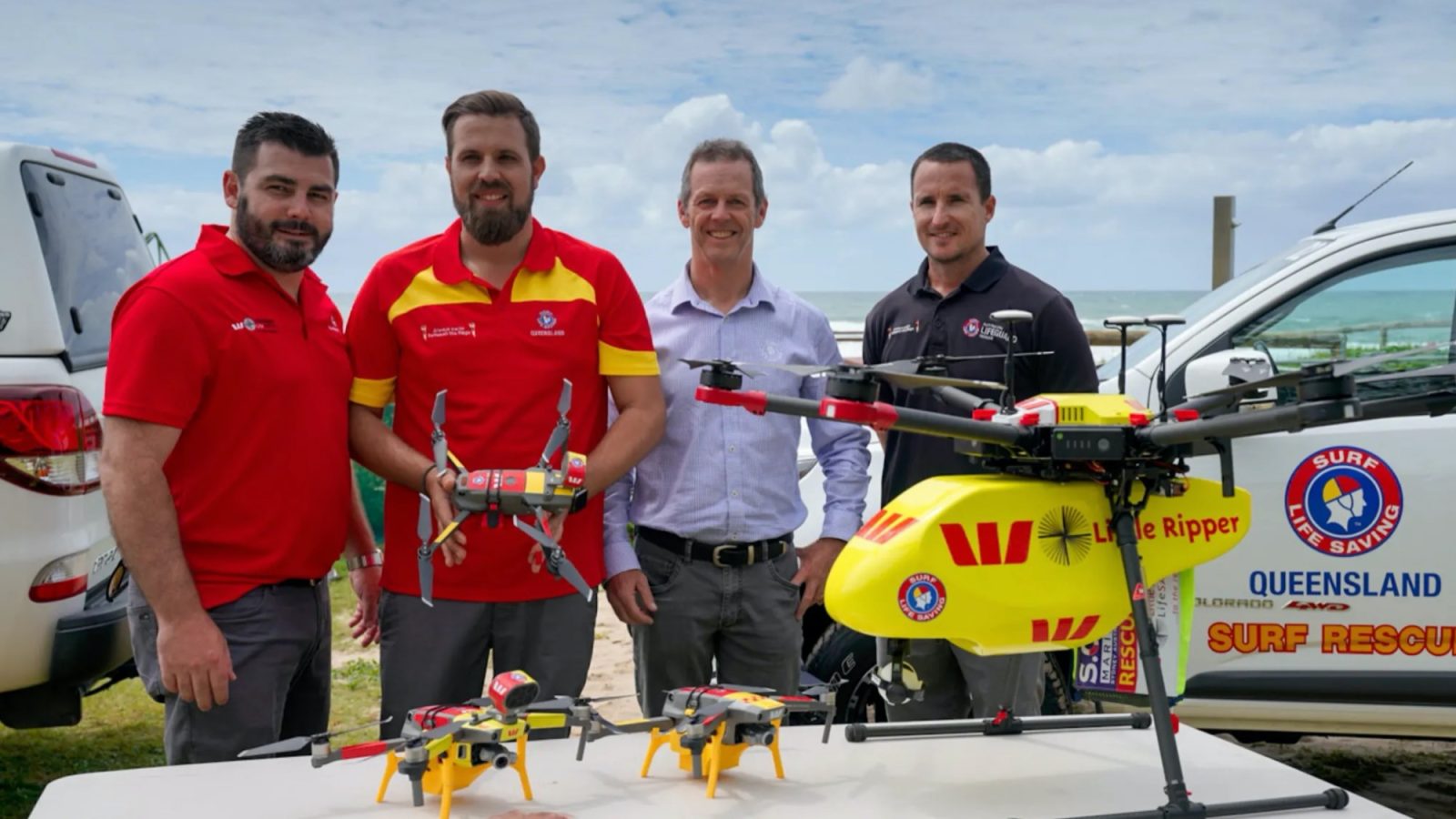 In Australia, the Westpac Life Saver Rescue Drone program has commissioned a number of dye-dropping DJI Mavic 2 drones, that can drop sea marker dye into the ocean that allows lifesavers on the beach to more easily spot riptides and help stop drownings.

The Ripper Group CEO Ben Trollope said that these dye-dropping drones, which by the way seem to be DJI Mavic 2 drones have been modified specifically for this work, according to The Age.

“Sea marker dye has been used for many years in marine search and rescue operations to see the direction of water currents,” Mr. Trollope said. We’ve taken the concept of what we use on much larger drones and custom-built a new system to go onto smaller drones, so it’s accessible to organizations like Surf Lifesaving.”

Larger dye-dropping drones have been used over the last three years by the Ripper Group, but recently they’ve applied this system to the smaller DJI Mavic 2 drones during a six-month trial.

Shane Daw of Surf Lifesaving Australia said that a fleet of 51 drones was being deployed nationally, including 12 unmanned aircraft in Queensland, which will be spread across 25 beaches on the Gold and Sunshine coasts.

“Our trial period will go through until the middle of the year and then will review the results,” Mr. Daw said. “Having that bird’s eye perspective gives us the ability to spot hazards and identify potential risks, it just opens up another world to us.”

Mr. Daw added that drones cannot only be used to drop biodegradable dye into the ocean to identify dangerous rips and sweeps, but they can also be used to rapidly assess situations where people might be swimming or climbing on the rocks.

“A lot of times we get called to incidents where people aren’t in trouble, but then on the other side of things it allows us to quickly assess where do we need to send someone on a rescue board, a boat, or even the rescue helicopter,” he said. “We’d be thinking we’d be rolling out more of these [dye-dropping DJI Mavic 2 drones] for the next summer once we finish these trials to make sure whatever we’re doing we’ve got the right tools at the right locations to help save lives.”

Mr. Trollope from the Ripper Group said in addition to the visual aid the drones provide for surf lifesavers, they are also working on an AI program to help them identify potential problems that might not otherwise be visible to the human eye.

“We’re going to gather that data and build an artificial intelligence program called Distress Spotter,” he said. “That will be able to identify if there’s someone in the water in a rip and be able to alert the lifesavers on the ground that they’ve got to do something.”

Surf lifesaving already uses unmanned aircraft for some search and rescue operations as well as its Croc Spotter program in northern Queensland, which was developed together with the river group.

What do you think about Dye-dropping DJI Mavic 2 drones to help stop drownings in Australia? Let us know in the comments below.