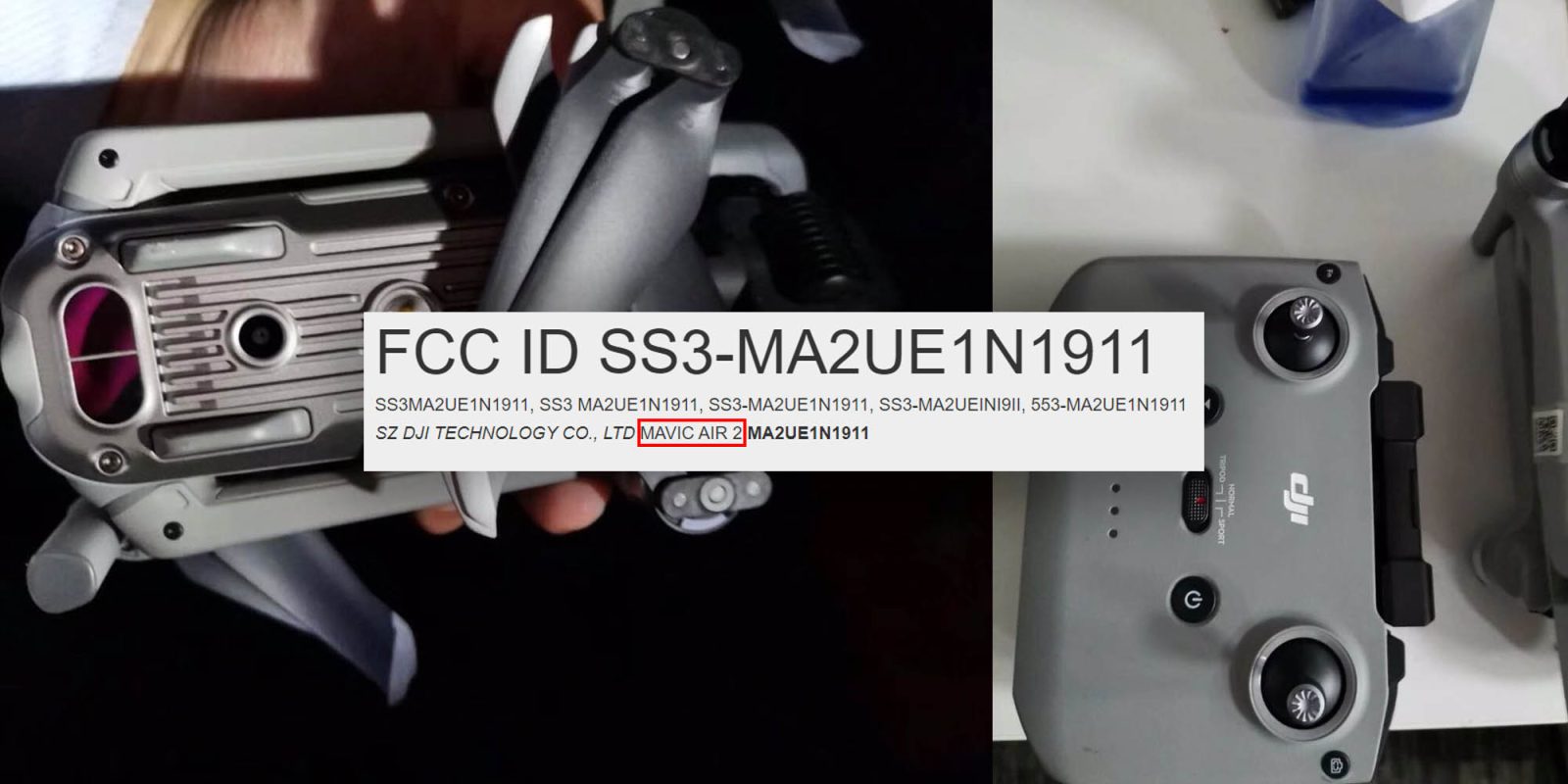 Shortly after DJI‘s latest controller hit the FCC’s database the Mavic Air 2 has also now been revealed. The application’s title is officially listed as ‘Mavic Air 2‘, ending speculation that the next Mavic Air was going to be called the DJI Mavic.

The FCC listing of the Mavic Air 2 doesn’t include a label as the remote control did, rather it’s been replaced with an official document from DJI stating the “label of equipment will not be visible at the time of purchase on the exterior of the equipment enclosure.”

The Mavic Air 2 will slot in between the Mavic Mini and the well known Mavic 2 series, making it a great combination of small size and power, hopefully including some of the features present on the Mavic 2 series such as 360-degree obstacle avoidance, OcuSync 2.0, and the downward-facing LED light.

The new drone will also include the new ADS-B sensor which would allow the drone to pick up and let other aircraft in the area know its there. Where a message will then be shown in the app letting you know an aircraft is nearby. The Mavic Air 2 is likely to be over the 250-gram limit as DJI already has it covered with the Mavic Mini, so be prepared to register the drone.

Other than that, many of the specs, including flight time and the camera sensor are unknown at this stage, but we will update you as we become aware of the specs.

What do you think about the next drone being named the Mavic Air 2? Do you think DJI should have simplified its naming scheme? Let us know in the comments below.

Be sure to take a look at our other related content on the unreleased Mavic drone: