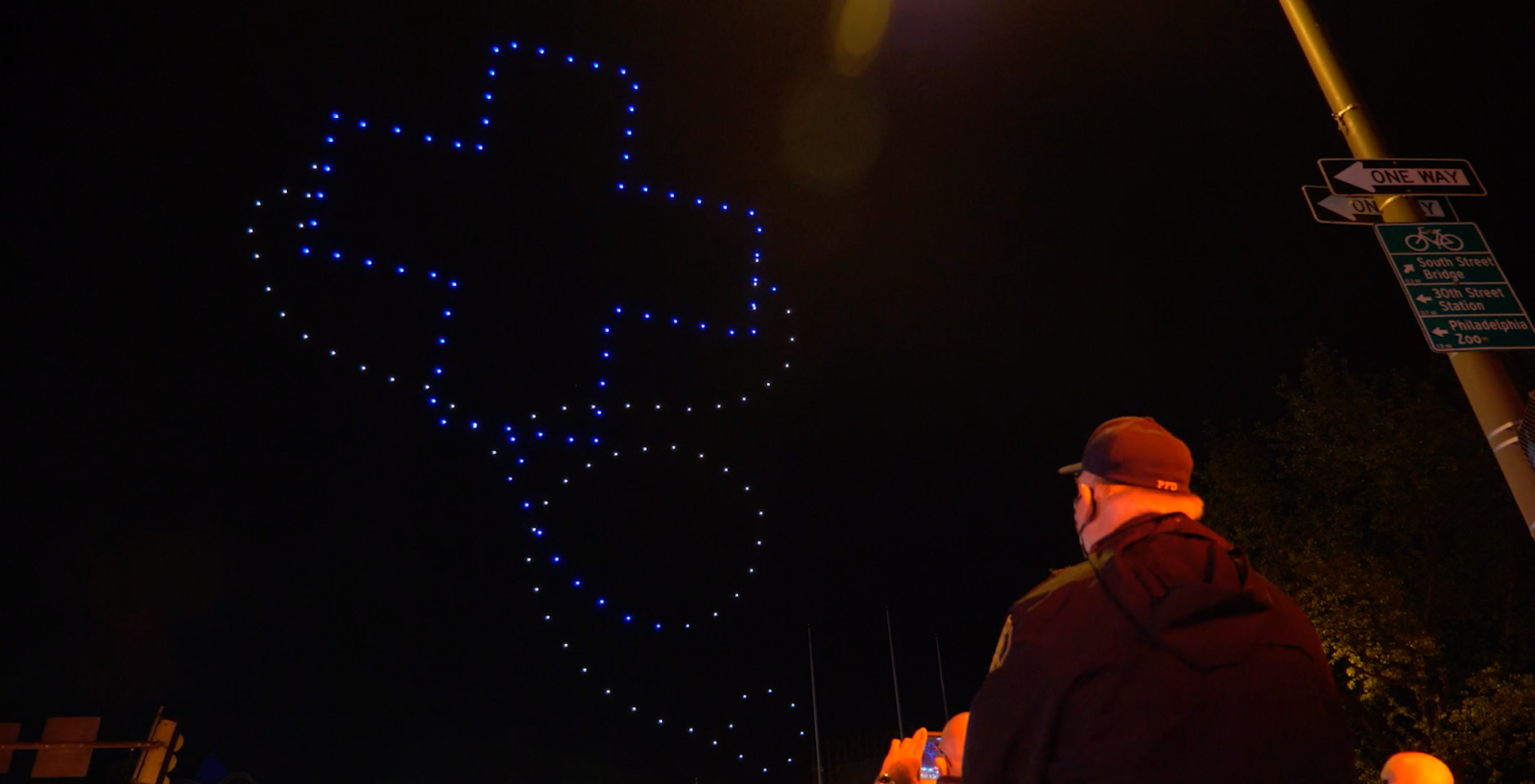 The skies over Philadelphia lit up earlier this week in an aerial show composed of about 140 brightly lit drones. The drone light show was a tribute to health workers on the frontline of the COVID-19 pandemic.

The drones flew up to 400 feet high facing the Hospital of the University of Pennsylvania and The Children’s Hospital of Pennsylvania, reports AV Magazine. They formed a variety of images related to the health effort such as hand washing and a flattening curve — representing the effort to slow the infection rate of the illness.

The show was the latest in a global campaign called #LightItBlue that uses lighting effects to pay tribute to healthcare workers. #LightItBlue began in the UK in March but quickly spread to the US, where buildings, bridges, and other landmarks have been illuminated to salute healthcare workers. The drone light show also tied into a local tribute effort called #PhillyShinesBlue. (A similar drone light show honoring health workers took place in China earlier this month.)

The show was organized by Verge Aero, a local company that specializes in drone light shows. “This was an opportunity for us to donate our resources and expertise to stand in solidarity with these brave heroes,” said company CEO Nils Thorjussen. The company makes a software platform that it says allows clients to design drone light shows in just a few hours, without the need for custom programming.

Just for the health workers

The show was not announced in advance, said the company, to avoid drawing crowds that would defeat the social distancing efforts to combat the pandemic. The focus was on the healthcare workers. “We flew the show solely for these heroes and wanted them to enjoy it in a safe environment without crowds,” said Thorjussen.

But of course Verge Aero captured plenty of video to share with the rest of the world. In it you can see a variety of text and illustrations that the drones form. They include hearts, a rainbow, a blue cross, and the words “Thank U Heroes.” There’s also a nod to Philadelphia history with an image of the Liberty Bell.

While not announced to the public, the show took a lot of advance planning with the University of Pennsylvania as well as the FAA and local authorities. The airspace is especially sensitive given the proximity to multiple helipads that ferry patients in for emergency treatment. The FAA was also on hand to inspect the drones and oversee the show.