Leaked video of DJI Matrice 300, due to debut May 7th 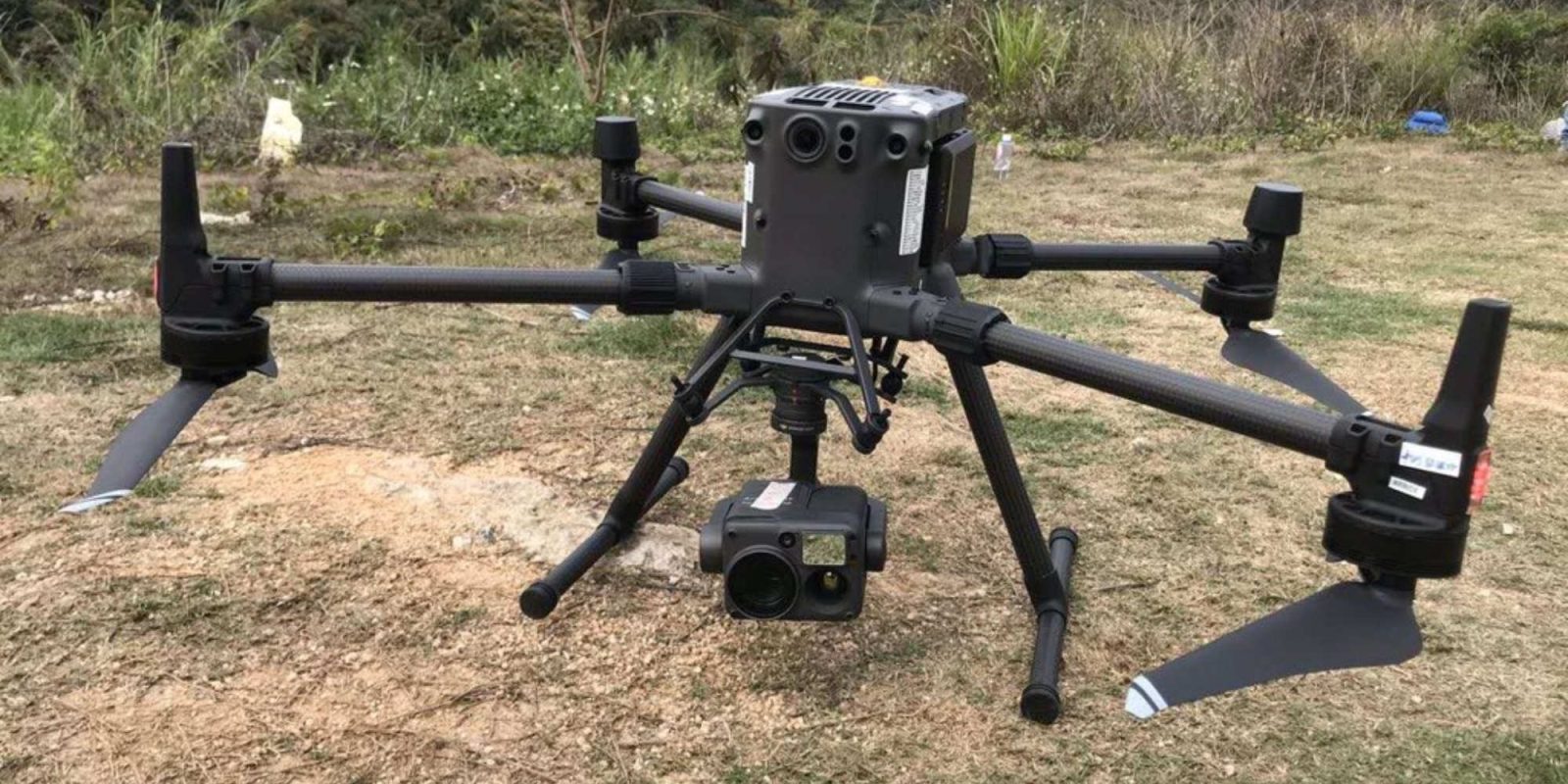 DJI has announced its latest enterprise product will be launched on the May 7th, likely the DJI Matrice 300 drone and new camera modules. Ahead of that, a video of the new drone has emerged on Twitter showing various design changes and improvements.

Taking a look at DJI’s website, we can see what looks to be a close up of a camera sensor, likely for obstacle avoidance. This could suggest that the DJI Matrice 300 has a big focus on obstacle avoidance and autonomous flight, similarly to the recently released DJI Mavic Air 2.

From the video, on OsitaLV’s Twitter account, we can see a newly designed Matrice 300RTK model. The first big design change is the large box shape above the center of the drone, this looks to hold all the sensors for obstacle avoidance and landing, along with the brains of the drone. Two batteries appear to slide in from the rear of the box. Another change we can see is the motors being positioned underneath the arms of the drone. They appear to be equipped with silent propellers, similar to the ones found on DJI consumer drones.

We can get a good look at the bottom of the drone, which looks to have an ultrasonic sensor, cameras, and a light to help with low-light landings. There look to be two flaps, which are likely to have ports underneath, such as a USB-C.

We are also able to see two new payloads likely to launch with the Matrice 300RTK drone on the 7th. The first camera module looks to be a new version of the Zenmuse Z30 zoom camera. While the shape is quite different, there also looks to be a smaller integrated FPV-style camera on the bottom left of the camera module.

The second camera payload looks to be a new version of the Zenmuse XT2 dual vision camera. We shared drawings of this camera a while ago which will likely include higher resolution thermal capabilities along with what also looks like an FPV camera at the top center of the module.

In the video from OsitvaLV on Twitter, we can see a new controller that takes on the same form factor as the DJI Smart Controller for the Mavic 2 series. The new controller features a large built-in display and joysticks at the top, along with the usual buttons, such as power and return to home.

We recently shared leaked photos of another controller which looks to share the same form factor as the DJI Smart Controller with its label stating its a DJI Agras Smart controller. From this, it looks like DJI is planning to unify its controller design, leaving the big chunky Phantom series of controllers behind. This can also be seen with the new DJI Mavic Air 2’s newly designed controller.

wow, there it is, a big stuff, just like a huge Ehang Ghost
See you in May 7th 20:00 BJT pic.twitter.com/ElB2Bv3uDJ

What do you think about all of this information? Let us know in the comments below.