Auterion Skynode is a universal brain for enterprise and government drones 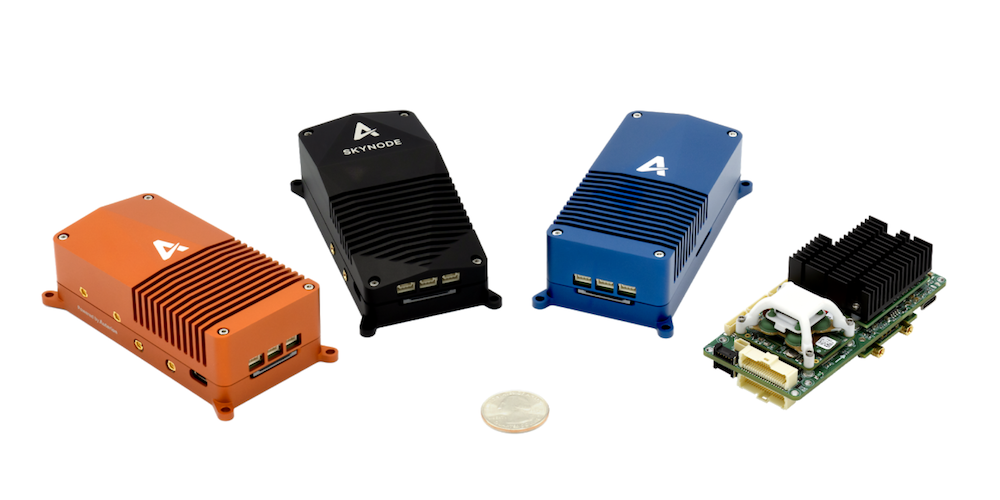 Auterion wants to make drones a lot more like smartphones—standardized on a common platform as Android devices are. And of course, they want to standardize drones on their platform. To achieve that, the LA-based company is branching from software into hardware, with a new family of drone avionics modules called Auterion Skynode.

Auterion has been packaging PX4 as a software and services offering, with components that run on the drone, on the cloud, and in a ground station. Now with Auterion Skynode, it’s in a physical form that can be installed right in the drone. The value proposition, says the company, is to free drone makers from having to build their avionics systems from scratch. Instead, they can plug in the palm-sized Skynode to comply with the popular open-source hardware and software standards.

Auterion’s selling feature is that it’s based on popular open-source software. It claims that more than a million drones use PX4, the open-source kernel of the Auterion OS that now powers the Skynode device. (PX4 also has a foothold in some air-taxi companies, such as Kittyhawk and Lilium.) By moving into hardware, Auterion aims to provide a plug-and-play device that makes it easier for drone makers to build systems around their technology.

Don’t expect to see Auterion Skynode in a consumer drone, though. Auterion is focused instead on enterprise and government customers. So think of large drones that might inspect powerlines or oil refineries, for instance.

In fact, there are different modules depending on the kind of drone operation. Skynode Enterprise is a complete package for new commercial drones in operations like autonomous inspections of critical infrastructure or coordinated mapping missions, says the company. Skynode OEM is a stripped-down version that allows the drone maker more freedom to customize how the tech is integrated into their done system.

The software installed in the Skynode Government module removes the limitations that come with commercial autopilots. For instance, drones running the government module can fly longer, at a higher speed, and in more demanding environments.

Auterion trumpets the fact that Skynode is built in the US, entirely from US-made components. This helps it satisfy evolving military and other government requirements that public service drones do not contain any foreign components. Such provisions were promoted largely as a reaction to Chinese drone makers, especially market leader DJI. But they could apply to all non-US tech makers. For instance, France-based Parrot recently had to relocate to the US manufacture of some of its ANAFI quadcopters that it is pitching to the US army.

The last module is called Skynode RTA by GE Aviation. Built in collaboration with the industrial giant, it’s designed for complex operations that require higher safety standards and certification by regulators. Auterion pitches it for clients like logistics companies delivering emergency goods with large drones and for healthcare providers shipping drugs within urban areas. Given the growth of contact-free drone deliveries in the COVID-19 era, this could become a hot market sector.