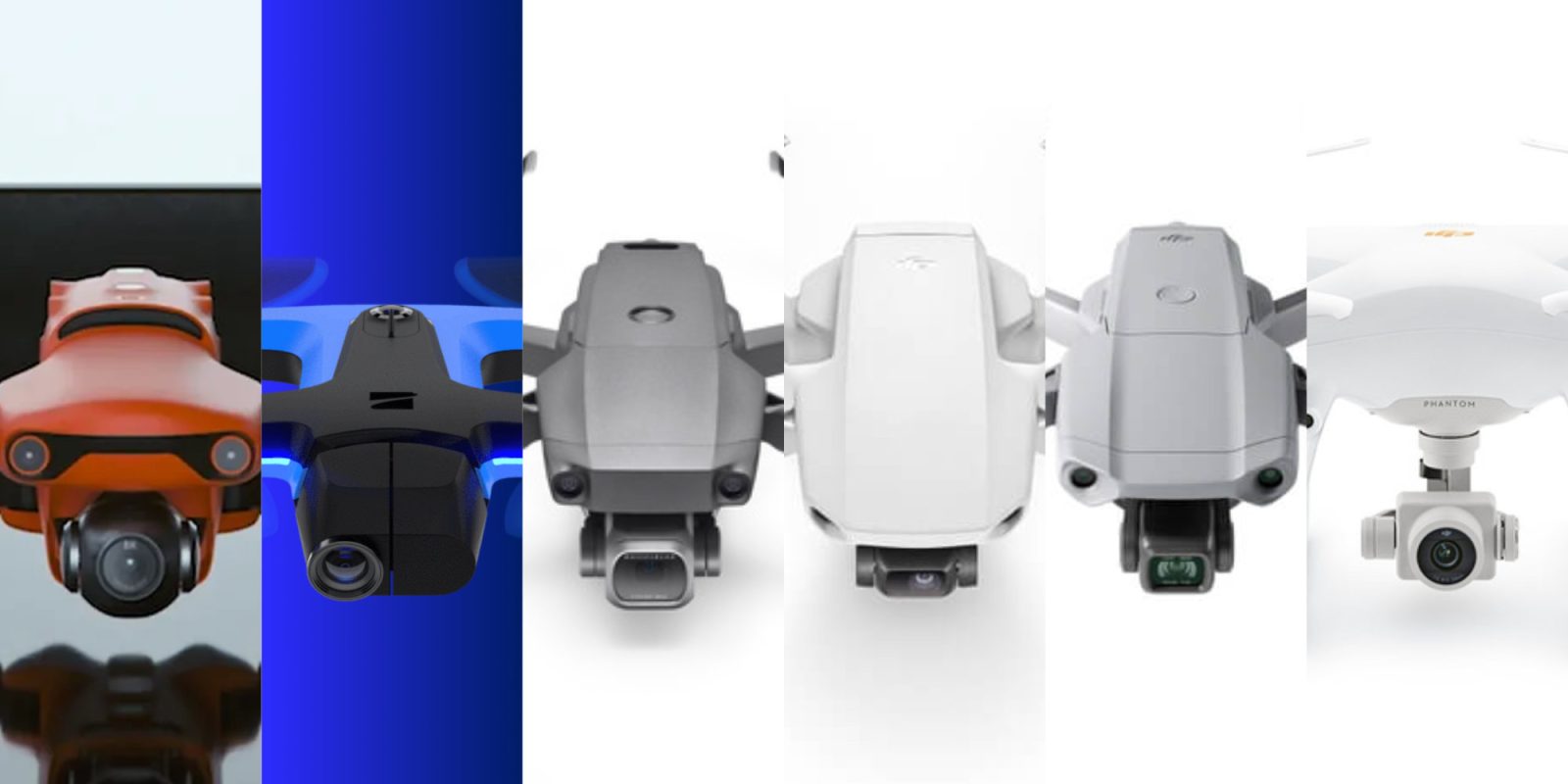 We are almost halfway into the year which has already had some significant new drone releases. How do these new drones compare to other hot models on the market? Let’s take a look at the latest offerings from DJI, Autel Robotics, and Skydio along with some models that are still going strong to identify the best consumer drones you can buy.

The Autel Evo 2 was launched this year at CES and began shipping in April. The base model Evo 2 is the first consumer drone with an 8K HDR camera and it’s capable of some amazing video. It also captures 48MP photos. The Evo 2 has a maximum flight time of 40 minutes and a 9km (5.5-mile) maximum transmission range. The Evo 2 also features 12 vision sensors, providing it with omnidirectional obstacle avoidance system capable of picking up obstacles from up to 30 meters (98 feet) away.

Skydio 2 has excited many in the drone community, thanks to its unique take on obstacle avoidance, with a system that can autonomously follow its subject. The Skydio 2 is equipped with a 4K 60fps HDR camera, has a range of 3.5km (2.1 miles), and a flight time of 23 minutes. The drone can be controlled with a free phone app, or the Skydio Beacon or Skydio Controller. (Each costs $149.) Unfortunately, the Skydio 2 is currently not shipping due to a COVID-19 related factory shutdown.

The new DJI Mavic Air 2 comes packed with an impressive range of features. The drone has a 1/2-inch camera sensor capable of 4K 60fps video, 48MP photos, HDR photos and video, and 8K Hyperlapses. The drone also features ActiveTrack 3.0, a big improvement on DJI’s autonomous tracking mode. The Mavic Air 2 comes with a 3500mAh battery, giving it a flight time of 34 minutes, while the controller has a 240-minute battery life. Using OcuSync 2.0 technology, that controller has a maximum transmission range of 10km (6.2 miles).

The DJI Mavic 2 Pro was a big deal when it first came out back in 2018 and is still a great drone in 2020. The Mavic 2 Pro features a 1-inch Hasselblad camera sensor capable of 4K 30fps video and 20MP photos, as well as impressive slow-motion video. The quality out of the camera is breathtaking, especially for such a compact drone.

However, we expect the DJI Mavic 3 series to be released this summer, with significant upgrades inspired by the Mavic Air 2 refresh. The Mavic 3 will likely have 4K 60fps HDR video, a maximum flight time of around 35 minutes, ActiveTrack 3.0, and an enhanced version of OcuSync 2.0, giving it a transmission range of around 10km (6.2 miles).

The Phantom 4 Pro V2.0 was released back in 2018 but is still a solid drone with a great set of features. Its camera is capable of capturing 4K 60fps video at 100Mbps, as well as 20MP photos. The camera also has a mechanical shutter, which isn’t prone to the distortion caused by an electronic shutter. That makes it especially good for areal mapping applications. The Phantom 4 has a maximum transmission range of 8km (4.9 miles).

The Mavic Mini is DJI’s take on a sub-250 gram drone—light enough that new drone pilots don’t have to register it with the FAA. The Mavic Mini includes a 2.7K camera capable of 12MP photos. It’s essentially a flying phone camera and perfect for beginners. The DJI Mavic Mini has an impressive maximum flight time of 30 minutes and a maximum transmission range of 4km (2.4 miles) using enhanced Wi-Fi.